Protesters adjust a cardboard figure of exiled academic Somsak Jeamteerasakul before a graduation ceremony, which some students are boycotting, at Thammasat University on Saturday. (Reuters Photo)

Youth and student-led demonstrations that began in July by demanding the ouster of Prime Minister Prayut Chan-ocha and a new constitution are increasingly calling for curbs on royal powers, breaking a longstanding taboo.

ThaiPBS quoted a source as saying that only around half of this year’s 9,600 Thammasat graduates joined rehearsals that are essential for those attending the degree ceremony. Last year, it said, only 10% missed the final ceremony.

However, the university said on Friday that the number of students registering for the ceremony was not very different from most years.

The graduation ceremonies were originally scheduled for April but had to be postponed because of the coronavirus.

The Palace has made no comment since the protests began. Gen Prayut warned students on Friday not to disrupt the graduation ceremonies at Thammasat, long seen as a centre of political activism.

“I chose to take a picture with Somsak because I respect him and I don’t think he deserves whatever happened to him for speaking the truth and bravely criticising the monarchy openly,” said one 23-year-old student, who gave his name as Marut.

Some other students posed with a cardboard cutout of “Bernard”, a well-known nut seller on the campus for decades. Many students, attending the ceremony with their families, ignored the cutouts.

The university did not respond to a request for comment. 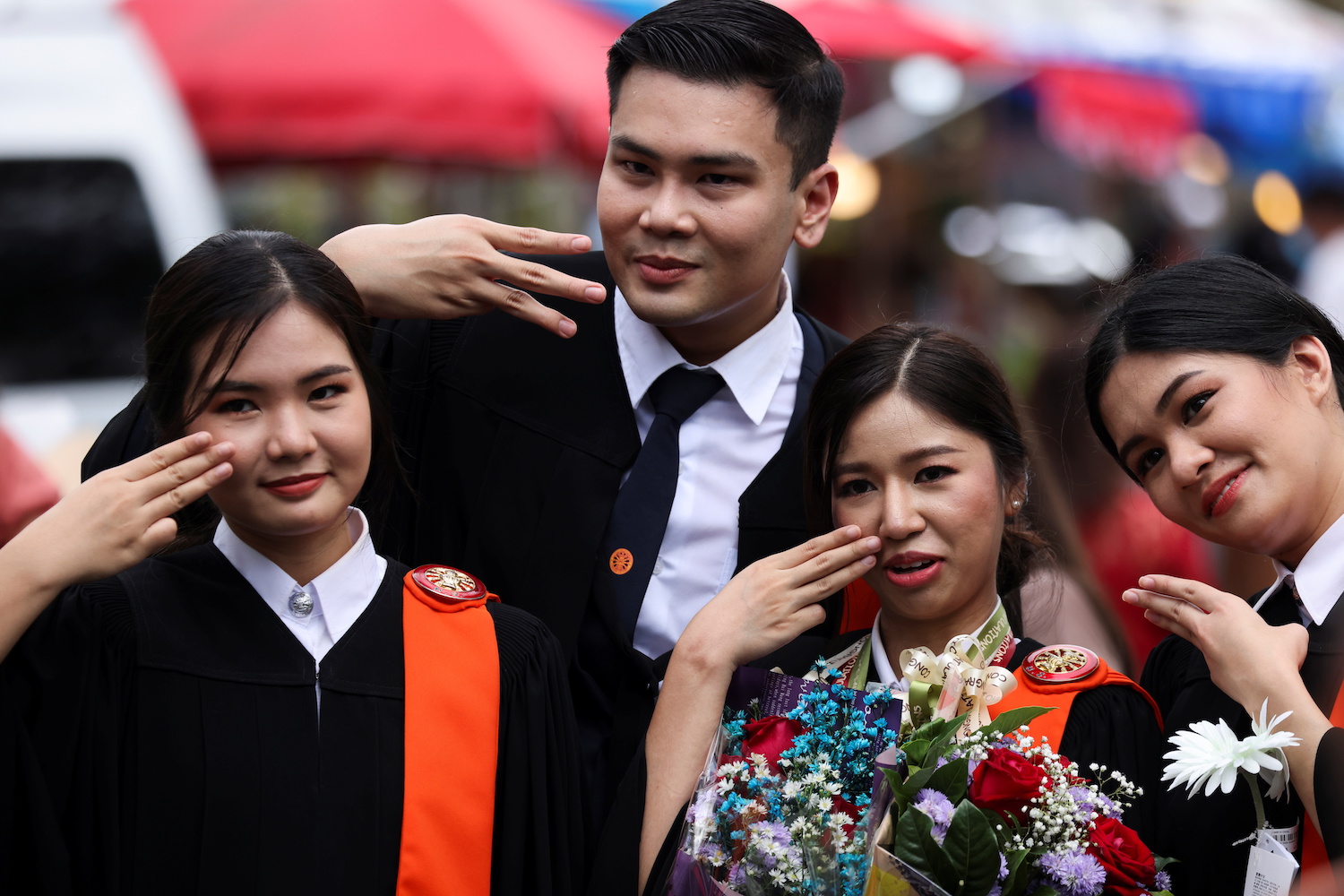 Students flash the three-finger salute of the pro-democracy movement during a graduation ceremony, at Thammasat University on Saturday. (Reuters Photo)