A team of officers from the Muang police station stopped the pink and white truck with Phetchaburi licence plates for a search at a checkpoint on southbound Phetkasem Road in front of the HomePro shopping centre around 9.30am.

The officers then searched the truck, loaded with cardboard boxes of goods, and found 50 bundles of one million speed pills inside two fertiliser sacks hidden in the truck roof.

During interrogation, police said Mr Uthai admitted he and his son had been hired by a man in Bangkok to deliver the drugs to the South. He denied knowing the name of the man.

Police charged the pair with colluding in smuggling illicit drugs. They were being held in custody at the Muang police station pending further legal action.

Before the seizure, Muang police chief Pol Col Ronnakorn Prakhongsri, who led the operation, had received information from Provincial Police Region 7 investigators that a 10-wheel truck was suspected of smuggling illicit drugs to the South and that officers should be prepared to stop and search it. 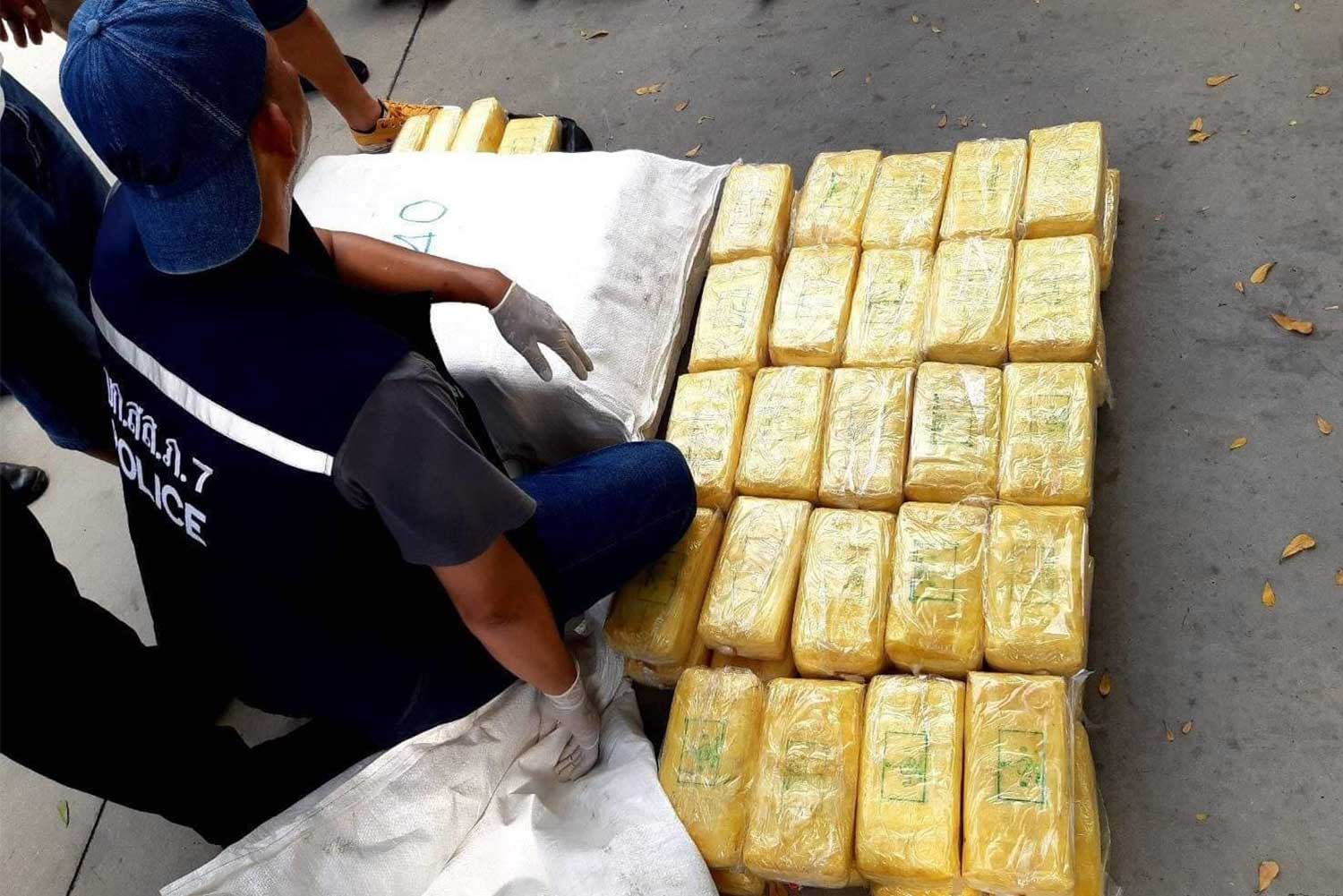