Two smugglers have been shot dead, two others arrested and more than 9 million methamphetamine pills seized in drug supression operations in three provinces.

Deputy army spokeswoman, Col Sirichan Ngathong said on Tuesday that security forces in border areas in the North and the Northeast seized 9.48 million meth pills and some crystal meth in Loei, Amnat Charoen and Chiang Rai provinces over the previous 48 hours.

Soldiers from the Pha Muang task force shot dead two drug smugglers on Sunday during an exchange of gunfire in Mae Fa Luang district, Chiang Rai, and seized 1,080,000 meth pills and some crystal meth. (continues below) 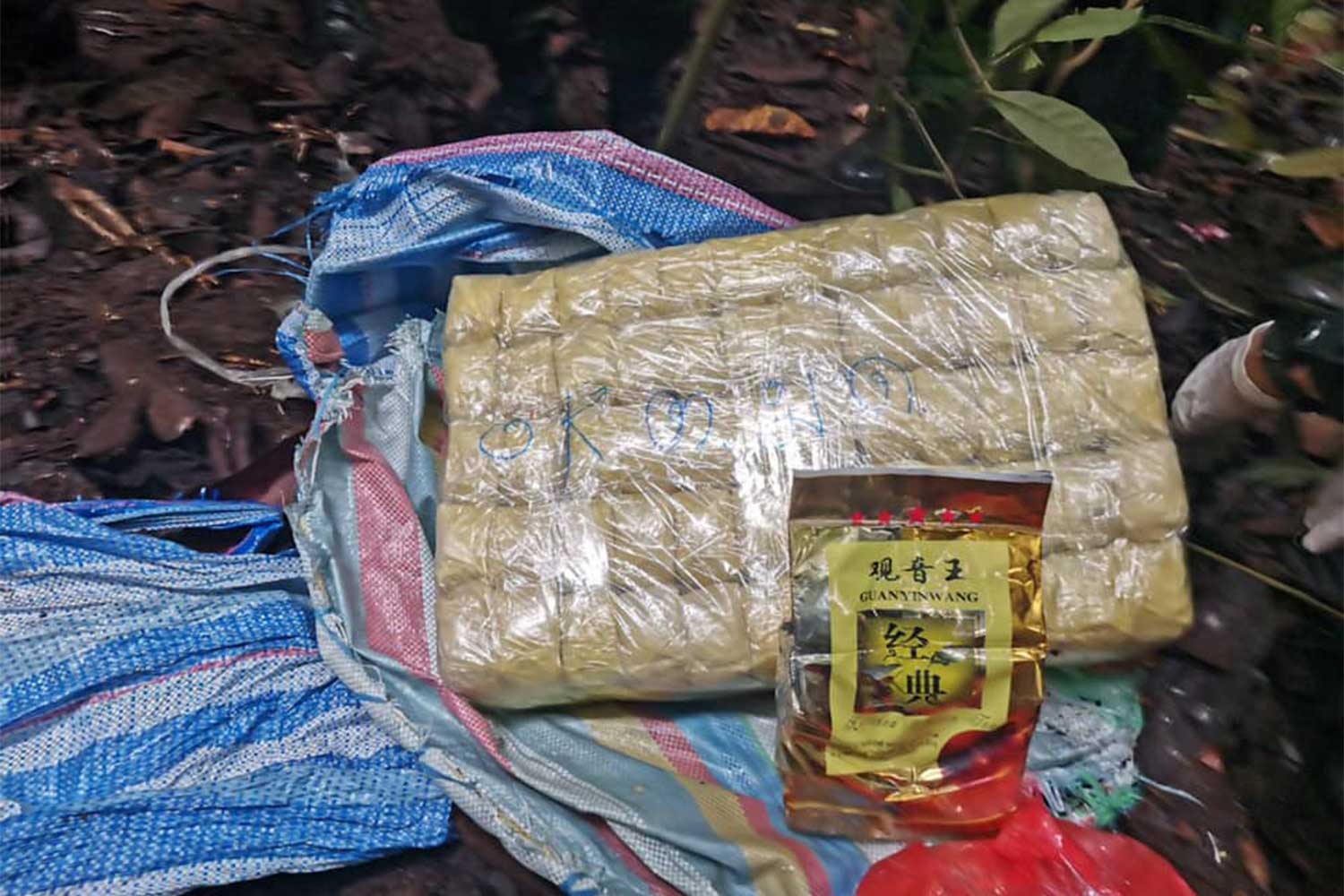 Packs of speed pills and a bag of crystal meth seized in Chiang Rai following a clash with smugglers on Sunday. (Photo from @armyprcenter Facebook page)

The clash occurred at Saen Mai checkpoint in tambon Mae Salong Nok . The drugs were found in nine rucksacks, each containing 120,000 pills.

In Amnat Charoen province, in the Northeast, soldiers from the Suranaree task force and drug suppression police seized 400,000 meth pills stashed in a cassava field in tambon Khok Kong of Chanuman district. Two men were detained for questioning. 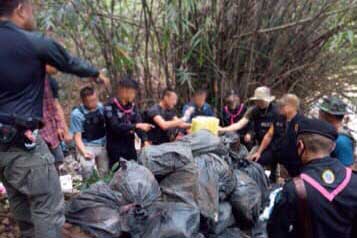