Two rivers in Nakhon Ratchasima burst their banks, while the forecast is for rain moving into the lower Northeast and the East on Tuesday and Wednesday after tropical storm Etau made landfall over Vietnam.

The Department of Disaster Prevention and Mitigation said on Tuesday that parts of Nakhon Ratchasima, Suphan Buri and Chumphon provinces remained flooded.

Eight more pumps were installed onTuesday to push water from the dam into Chakkrat stream at 4.42 million cubic metres per day.

Earlier, 20 pumps were installed and put to work. This caused a huge volume of water to flood over farmland in tambon Thaluang and tambon Chiwan in Phimai district.

The Moon and Lam Phlai Mat rivers burst their banks on Tuesday, swollen by the water released from Phimai dam.

More than 1,000 rai of farmland along the riverside in Chum Phluang district was quickly inundated.

In tambon Prasuk, which is between the two rivers, a large area of cropland was under at least half a metre of water.

The road through the community was also covered in water about 3cm deep. Drivers of small vehicles were being very cautious.

The department said flash flooding, runoff and landslides triggered by heavy rain hit 36 provinces across the country from Oct 7 to Nov 10. A total of 92,085 households in 2,493 villages were affected.

The flooding had claimed 11 lives (one each in Chanthaburi, Trang, Nakhon Ratchasima, Si Sa Ket, 3 in Surat Thani and 4 in Prachin Buri). The flooding had since eased in most areas.

The Meteorological Department reported tropical storm Etau made landfall over Nha Trang, Vietnam about 10am on Tuesday.

With maximum sustained winds about 65kph, the storm was expected to downgrade to a tropical depression and an active low pressure zone over Cambodia.

Isolated rain was likely in parts of the lower Northeast and the East later on Tuesday and into Wednesday. Farmers were advised to prepare for crop damage. 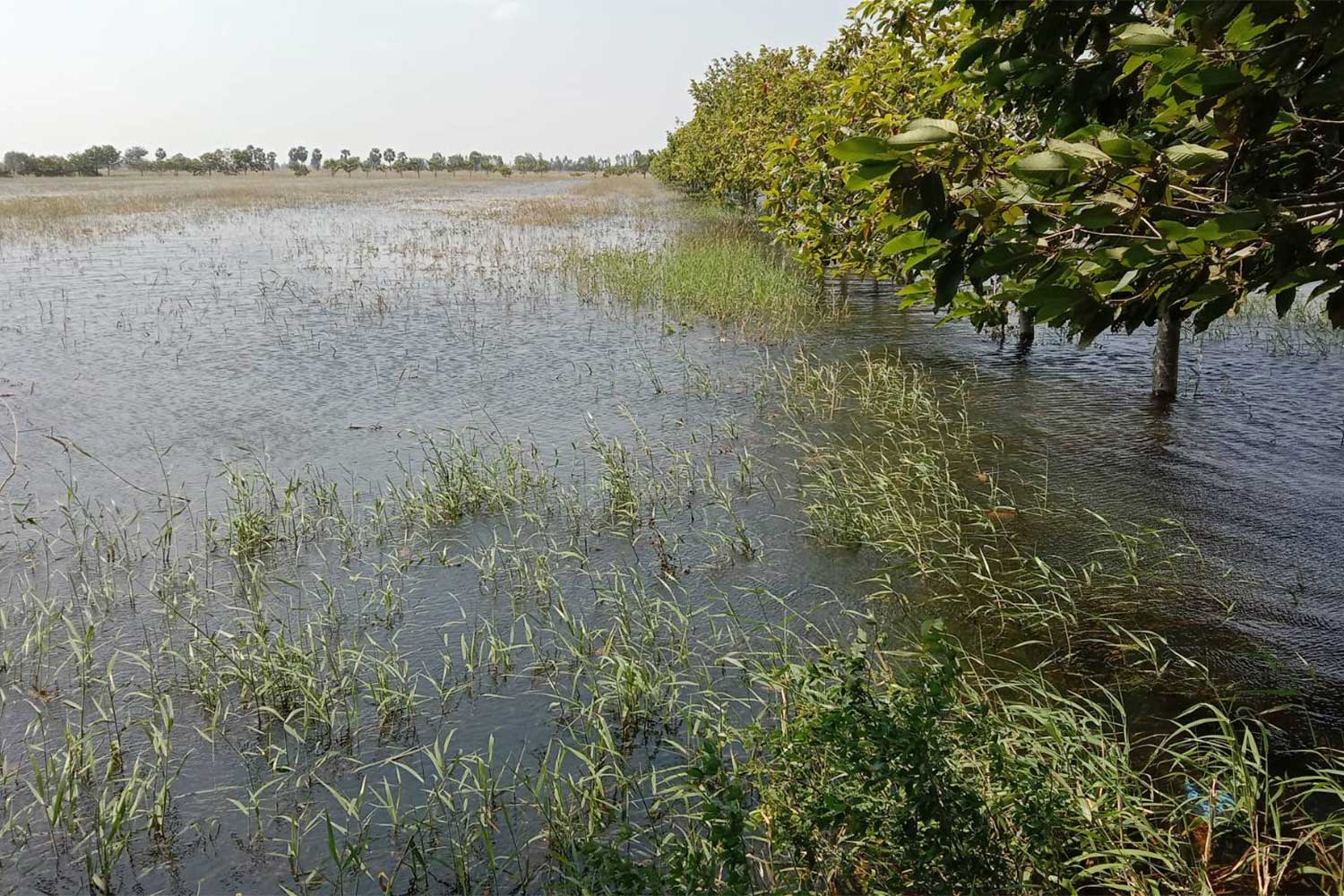 A rally outside the headquarters of Siam Commercial Bank in Bangkok's Chatuchak district ended peacefully on Wednesday after organisers announced it was over at 9.17pm -- but said another protest would take place on Friday at a location to be revealed on the day.