Their Majesties the King and Queen greet supporters at the Lak Song MRT station, to which they travelled by subway after inaugurating the Blue Line extension on Saturday. (Reuters Photo)

A huge crowd, mostly wearing yellow shirts, gathered near the Lak Song subway station to greet Their Majesties the King and the Queen following the official opening of the Blue Line extension by the King on Saturday.

Many of those in the crowd held up pictures of the King and Queen and waved yellow flags as they waited for hours to catch a glimpse of Their Majesties near the station in Bang Khae district of western Bangkok.

An area in front of The Mall Bang Khae shopping centre was also crowded with people dressed in yellow who arrived early to wait for the King and Queen to pass by.

Their Majesties arrived at the Sanam Chai station around 5pm for the official opening ceremony of the Blue Line extension. They smiled and waved to greet a crowd of people who were lining the route from Museum Siam to the station. Chants of “Long Live the King” were heard as the Royal couple passed.

After the ceremony, Their Majesties boarded an electric train carriage to ride from Sanam Chai to the Lak Song station, which took 12 minutes.

The Royal motorcade earlier in the afternoon passed near the site of pro-democracy rallies at Democracy Monument. There were no incidents and the King waved to the crowds as he passed.

Bangkok Expressway and Metro Plc, the MRT operator, closed the Sam Yot and Sanam Chai stations from 6am, and the line between Sam Yot and the terminal station at Lak Song, from 4pm until the Royal ceremony concluded.

Some of those in the yellow-clad crowd made reference to the protests taking place a few kilometres away. While the youth-led movement has been demanding a new constitution, some have also called for reform of the monarchy under the charter.

The protesters have insisted they are not against the monarchy but not everyone believes them.

“Some people want to bring him down, but we have come out to support him and show that all Thai people love him,” Donnapha Kladbupha, 48, told Reuters as she waited for the King. 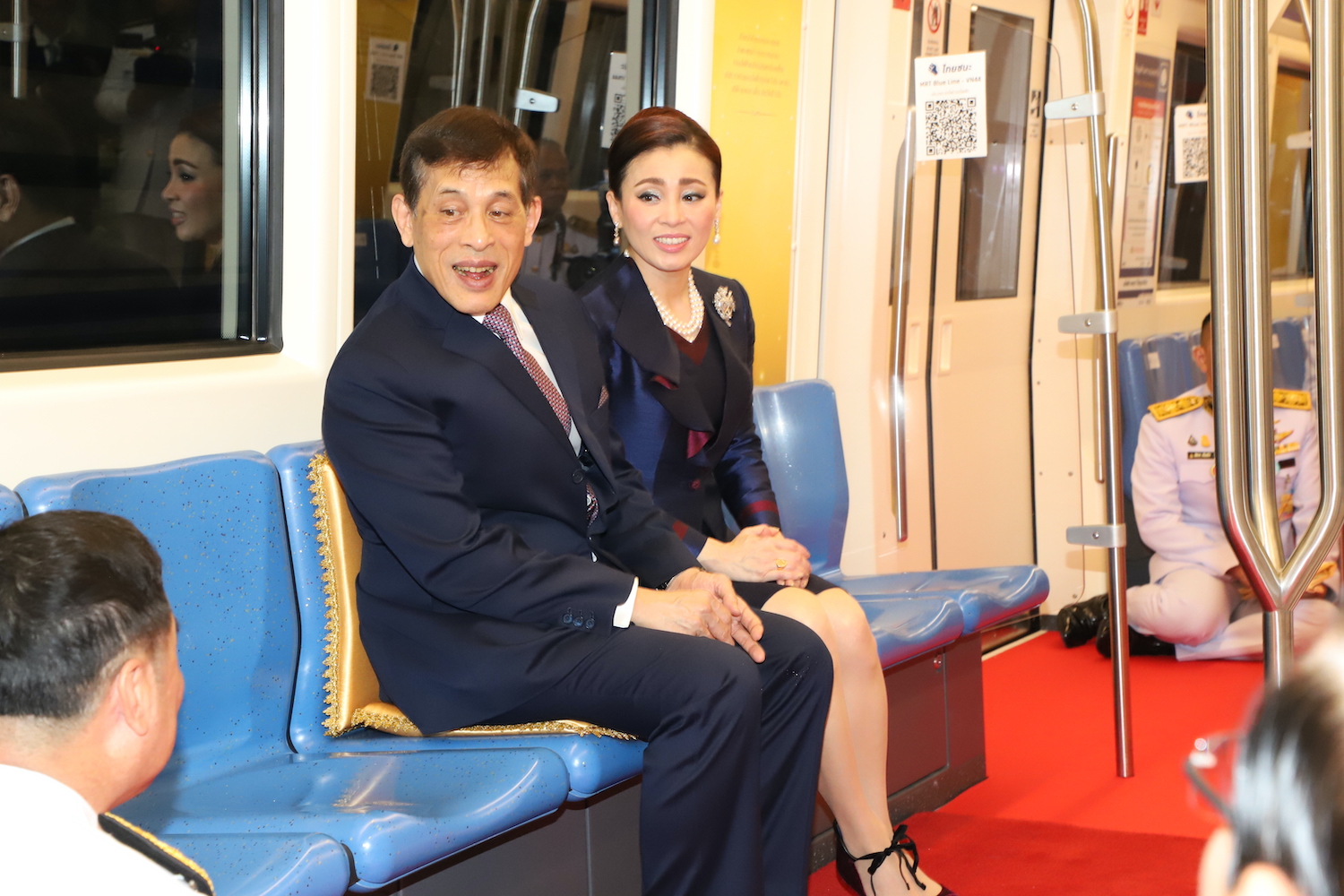 Their Majesties sit inside a subway carriage after the Blue Line extension opening ceremony. (Pool Photo) 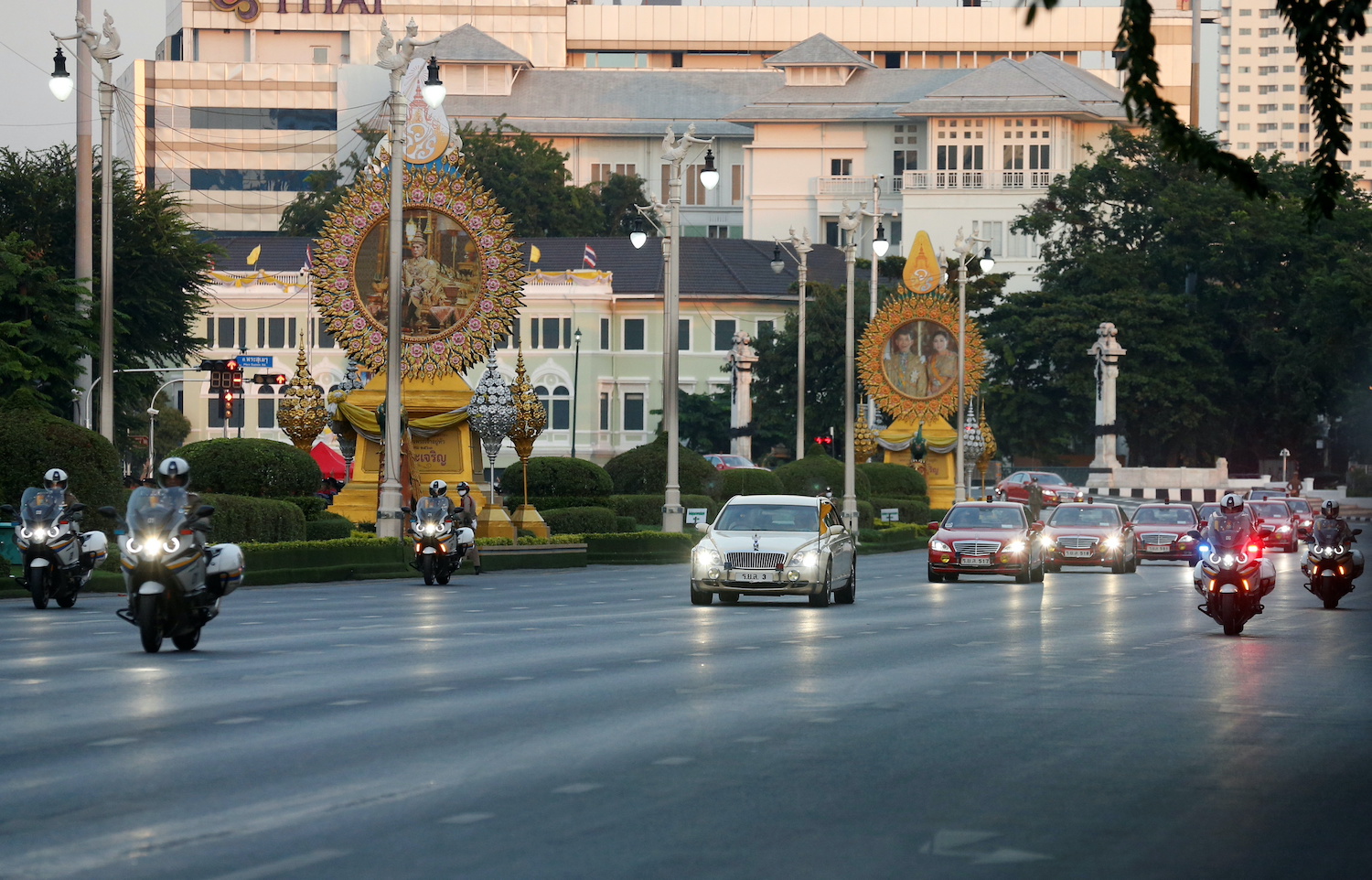 The Royal Motorcade passes near the site of a rally to call for the ouster of the government and other reforms at Democracy Monument in Bangkok on Saturday afternoon. (Reuters Photo)