Benjamaporn “Ploy” Nivas (arm raised) takes part in a pro-democracy rally in Bangkok on Nov 14. She and another high-school student have received police summonses for violating the emergency decree by attending another rally on Oct 15. (Photo by Nutthawat Wicheanbut)

Police have summoned two teenaged leaders of the “Bad Student” group to answer charges of violating an emergency decree by taking part in an anti-government rally on Oct 15.

The summonses issued on Tuesday called on Benjamaporn “Ploy” Nivas, 15, and Lopnaphat “Min” Wangsit, 17, to report to Lumpini police on Nov 30. Pol Maj Gen Yingyos Thepchamnong, a spokesman for the Royal Thai Police, said the two would be questioned in the presence of their parents and a lawyer.

The Bad Student Facebok page on Friday posted images of the police documents and a message: “Urgent! Ploy Benjamaporn, a Mathayom Suksa 4 student, and Min Lopnaphat, a Mathayom Suksa 6 student, received police summonses for violating the emergency decree. This is intimidation by the state against youths aged below 18. Is the country called the ‘land of compromise’ as said? Should every group move ‘one step back’ as said?”

The last sentence was a reference to a brief remark by His Majesty the King, who recently called Thailand the “land of compromise”, and to a request Prime Minister Prayut Chan-o-cha made for those involved the political conflict to take “one step back”.

Thai media reported that the summons had been issued in connection with the students’ roles in the rally on Oct 15 at the Ratchaprasong intersection in Bangkok. The two made speeches there.

The event took place just after Gen Prayut declared a “serious emergency” in the capital in an attempt to stop protests from taking place. He rescinded the order a week later as it was proving difficult to enforce.

The media quoted Thai Lawyers for Human Rights as saying that Benjamaporn was the fourth person aged under 18 facing a case related to recent political gatherings.

“Even if you arrest protest leaders, there is not enough space in prison because hundreds more will rise up,” Benjamaporn told Reuters in an instant message.

The Bad Student group is planning a protest on Saturday and Benjamaporn said she would still attend. 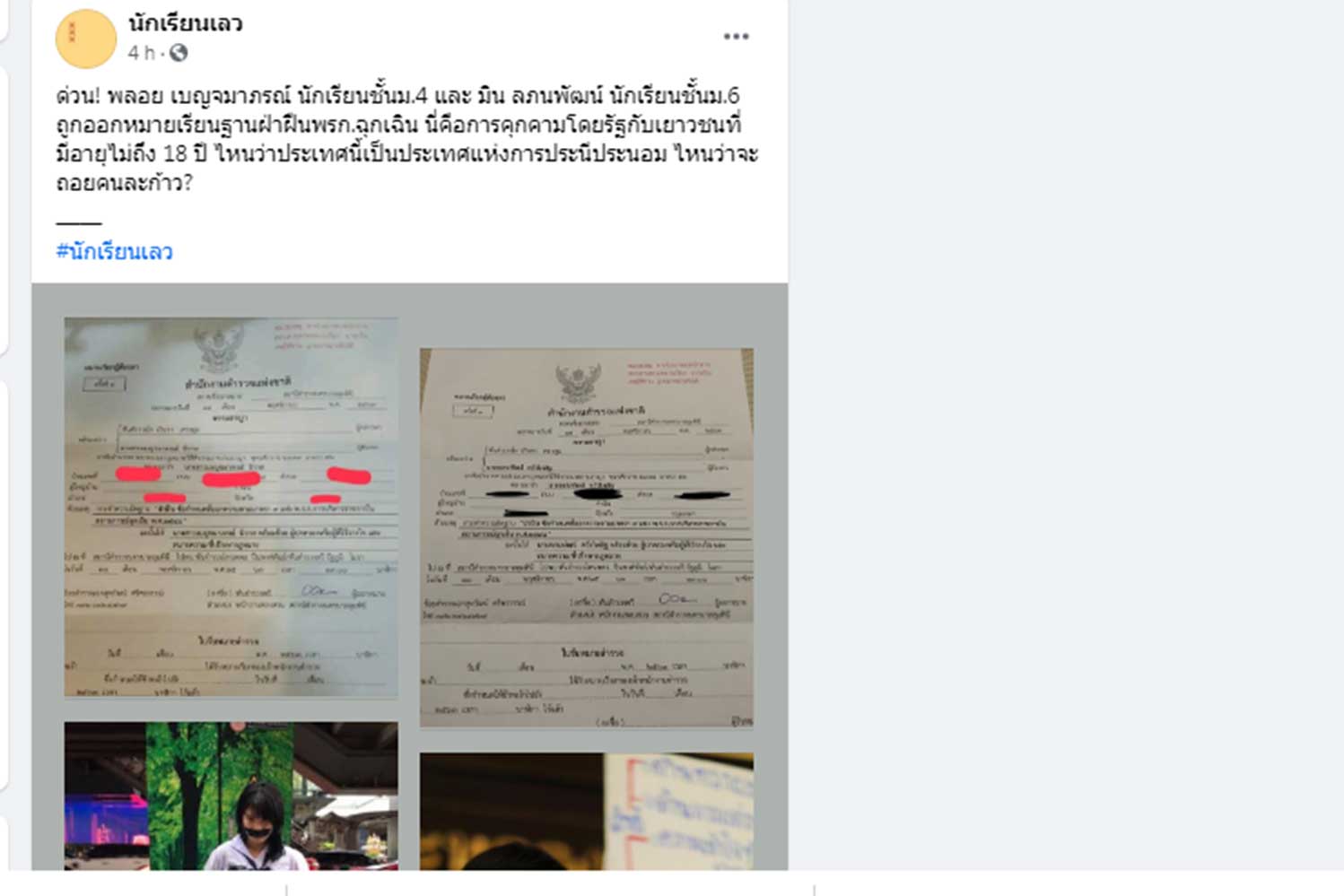