The Pollution Control Department (PCD) on Monday unveiled a new website providing accessible three-day haze forecasts to businesses and the public across Thailand. 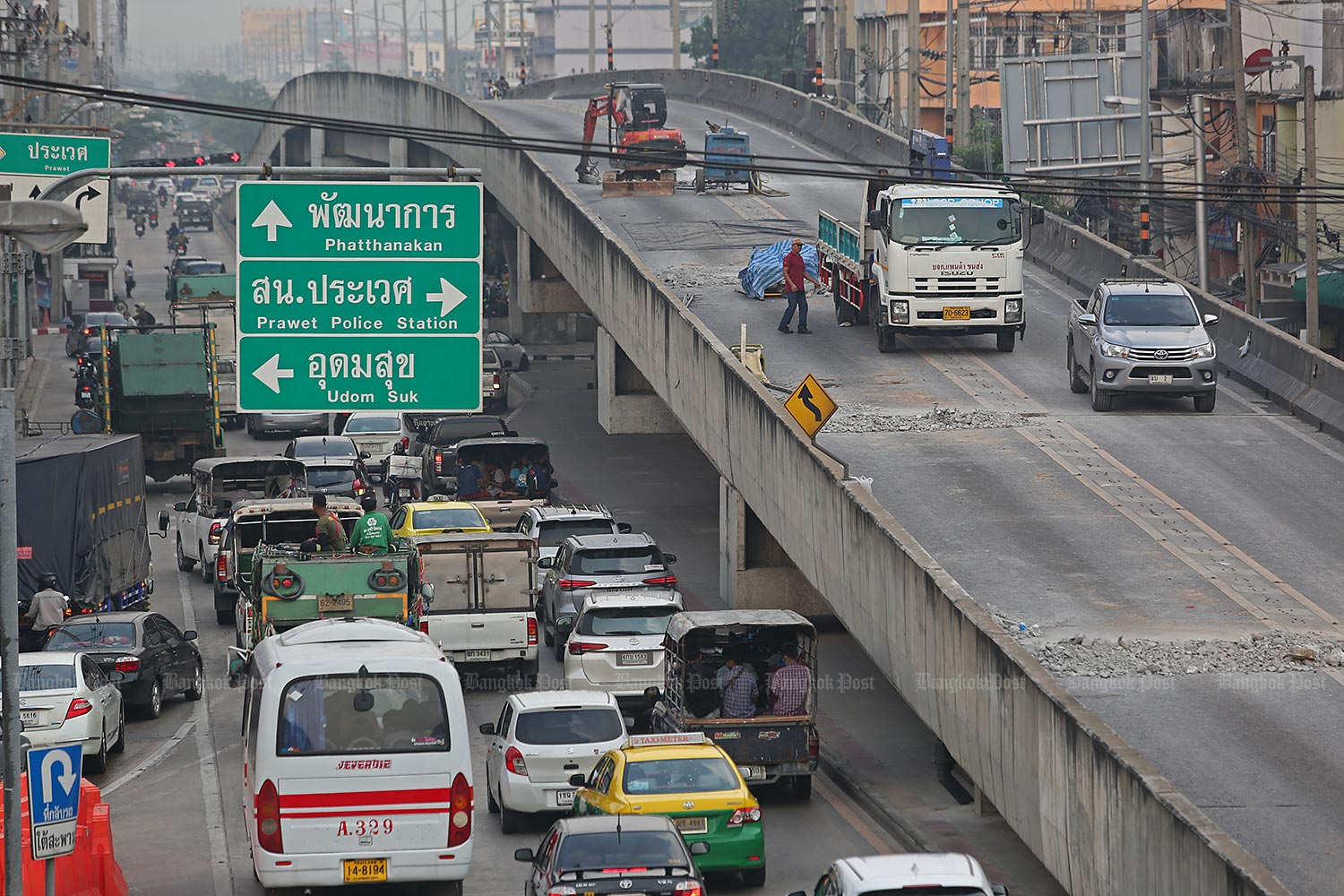 Repair work has started on an overpass across Prawet Intersection that will be closed until Dec 13 for maintenance. (Varuth Hirunyatheb)

The new "Mekong Air Quality Explorer" platform, named after the area it was initially designed to monitor, was jointly developed by the PCD, the US Agency for International Development (USAID) and the National Aeronautics and Space Administration (Nasa), which has permitted the use of data from its GEOS-5 satellite — one of the world's most accurate parameters for gauging atmospheric levels of PM 2.5 and other dust particles such as nitrous oxide and black carbon.

"From now on, anyone can access the website to check the PM2.5 situation in advance and the department will use the information to better implement measures to limit the impact of air pollution on people's health and the local environment," Aekkapol Aekakkararungroj, chief of the Servir-Mekong project that helped developing the model. The website — aqatmekong-servir.adpc.net/en/ mapviewer/ — went live on Monday.

He said the team has tested the reliability of the forecasts for the last eight months and found the predictions to be 70% accurate.

The collaboration came about as part of ongoing efforts to capture the big picture in the Mekong Region, an area particularly affected by both climate change and air pollution caused by open burning.

However, despite its name, the Mekong Air Quality Explorer site will also provide in-depth nationwide air quality data right down to the district level, he said.

The team is importing air quality and PM2.5 data harvested from the PCD's 47 air-monitoring stations in Bangkok and surrounding areas as well as 19 stations in 14 other provinces across the country.

Today, PM2.5 levels are generally expected to be moderate with a small rise forecast tomorrow in Bangkok, Samut Prakan, Nakhon Pathum, Samut Sakhon and Nonthaburi provinces. People living in these areas should expect guidance from local authorities on the best steps to take to minimise their exposure, Mr Aekkapol said.

Meanwhile, PCD Director-General Attapol Charoenchansa said that further development is underway to enable an even more precise estimates, right to the sub-districts and individual highways.