A clouded leopard, an endangered species, has been seen for the first time in about 20 years on Phanom Dong Rak mountain in Si Sa Ket province, a senior conservation official said on Friday.

Chaiwat Limlikhit-aksorn, director of the 9th Conservation Area Administration Office, said a camera trap installed on the mountain from Nov 1-24 had filmed a lone clouded leopard.

It was the first sighting of the endangered wild cat on the mountain for about 20 years.

He said the sighting was a tribute to park rangers' efforts to rehabilitate food and water sources for wildlife, and intensified patrols against poaching.

Mr Chaiwat said these efforts helped increase the population of wildlife in general, which in turn attracted predators.

"Today in the Phanom Dong Rak Wildlife Sanctuary there is a clouded leopard, which is a medium-sized predator," Mr Chaiwat said. 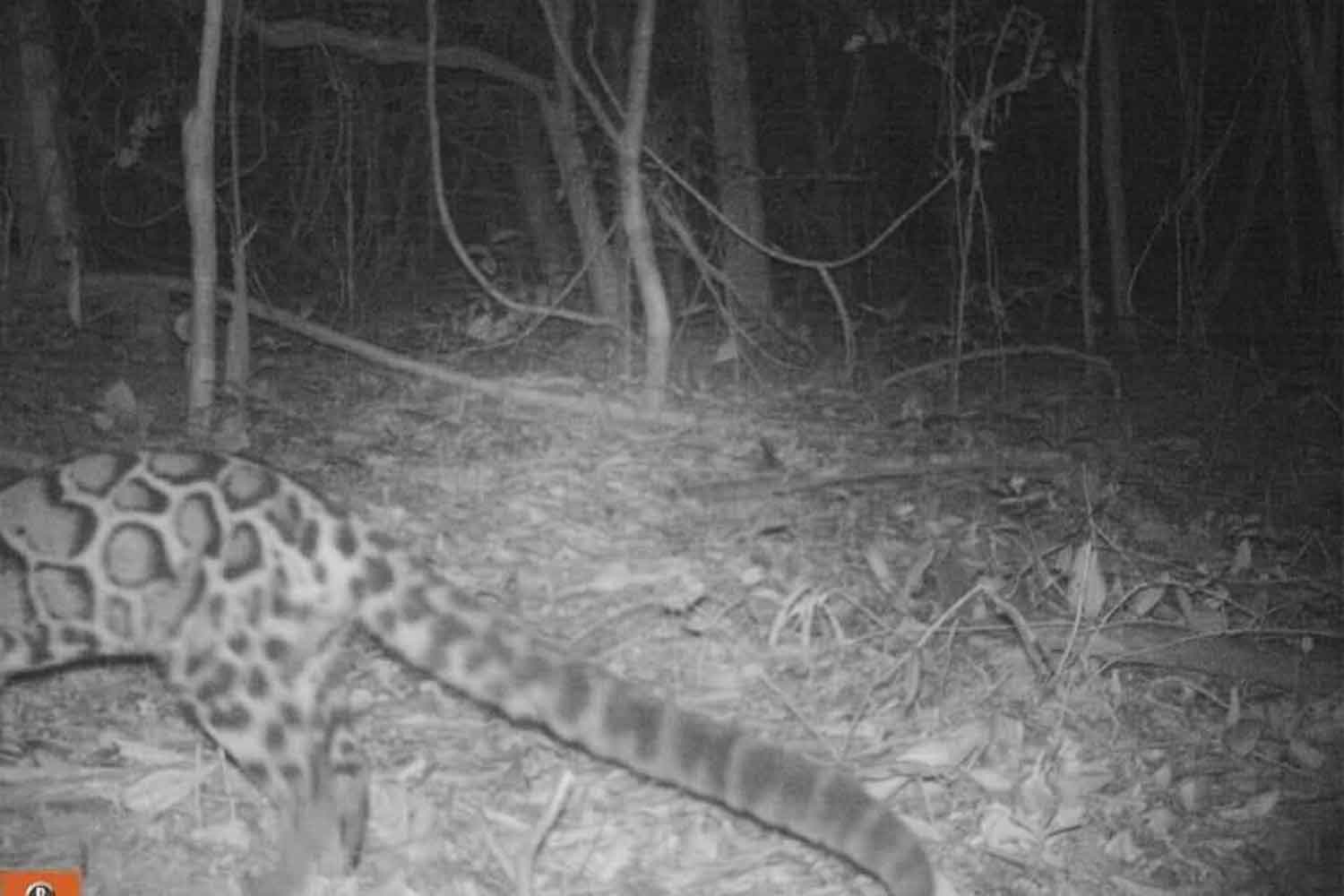