A coffee kiosk is inundated by floods in Nakhon Si Thammarat which was lashed by heavy downpours. (Photo by Nucharee Rakrun)

Governor Kraisorn Wisitwong said on Wednesday he had instructed the province's disaster mitigation office to closely monitor the situation and provide swift assistance to affected communities.

Eight houses -- one in Nabon and seven in Tha Sala district -- were damaged by floods, while a total of 291,156 rai of farmland were inundated, he said, adding authorities are still calculating the flood's impact on the area's livestock and fish farms.

While Nakhon Si Thammarat airport remained open, travellers were advised to leave for the airport early as many roads were flooded.

On Wednesday, a one-kilometre section of the Nakhon Si Thammarat-Thung Song road in tambon Thai Samphao in Phra Phrom district was submerged under 70-100 centimetres of water, rendering it impassable by all vehicles.

Floods were also reported along a two-kilometre stretch of the Pattanakarn-Khu Khwang road, the main road in Nakhon Si Thammarat city. 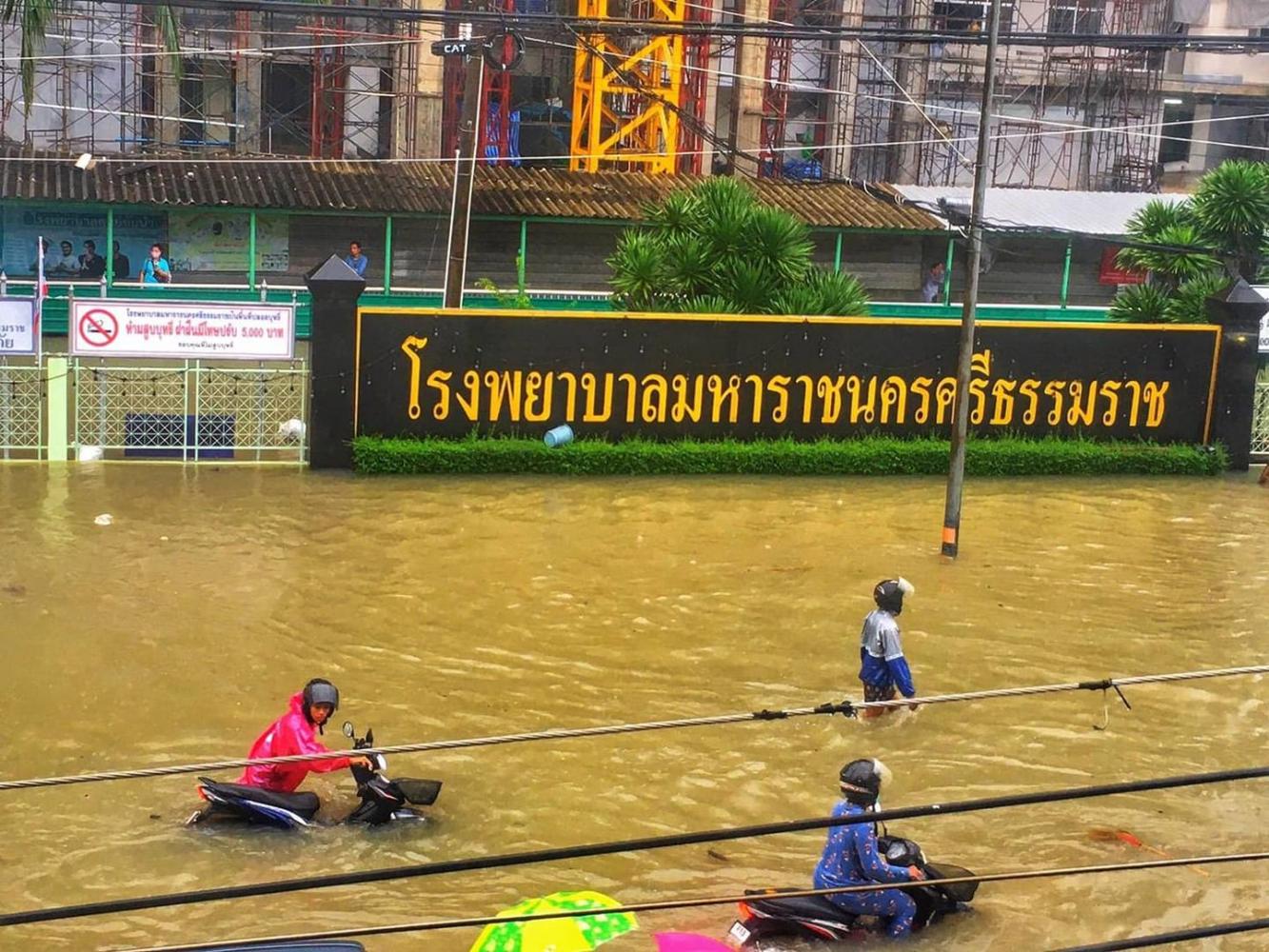 Floods due to persistent rain across the South have forced the cancellation of several south-bound services. A number of scheduled services have also had to end their journey well short of their final destination due to waterlogged tracks.

Meanwhile, train Nos.83, 84, 85 and 86 -- which normally runs between Trang and Nakhon Si Thammarat -- terminated at Thung Song station on Wednesday, where passengers were taken to their final destinations by buses.

A downpour caused a landslide between Phibun and Chong Khao stations in Nakhon Si Thammarat on Wednesday. Some sectors of the southern track beyond Thung Song were also flooded.