Soldiers on the way to help evacuate residents in a flooded area of Nakhon Si Thammarat on Thursday. (Photo: Wassana Nanuam)

Heavy rain and flash flood warnings were issued for all southern provinces except Chumphon and Ranong on Thursday, and small boats were advised to stay ashore until Friday.

The Meteorological Department said the strong northeast monsoon prevailed over the Gulf of Thailand and the South, and a low-pressure cell still covered the lower South.

People living in at-risk areas, notably foothill slopes and low-lying areas, were told to prepare for downpours that may trigger runoff and flash floods.

Winds in the Gulf and the Andaman Sea were forecast to whip up waves 2-3 metres high, and higher during thundershowers.

All ships in the Gulf should proceed with caution. Small boats were advised to remain ashore.

A total of 261,253 households in 2,318 villages of 70 districts in nine southern provinces were affected. Three people had drowned during the storms that have hit the South from Nov 25 to Dec 3. The nine-affected provinces were Surat Thani, Nakhon Si Thammarat, Phatthalung, Trang, Satun, Songkhla, Pattani, Yala and Narathiwat. (continues below) 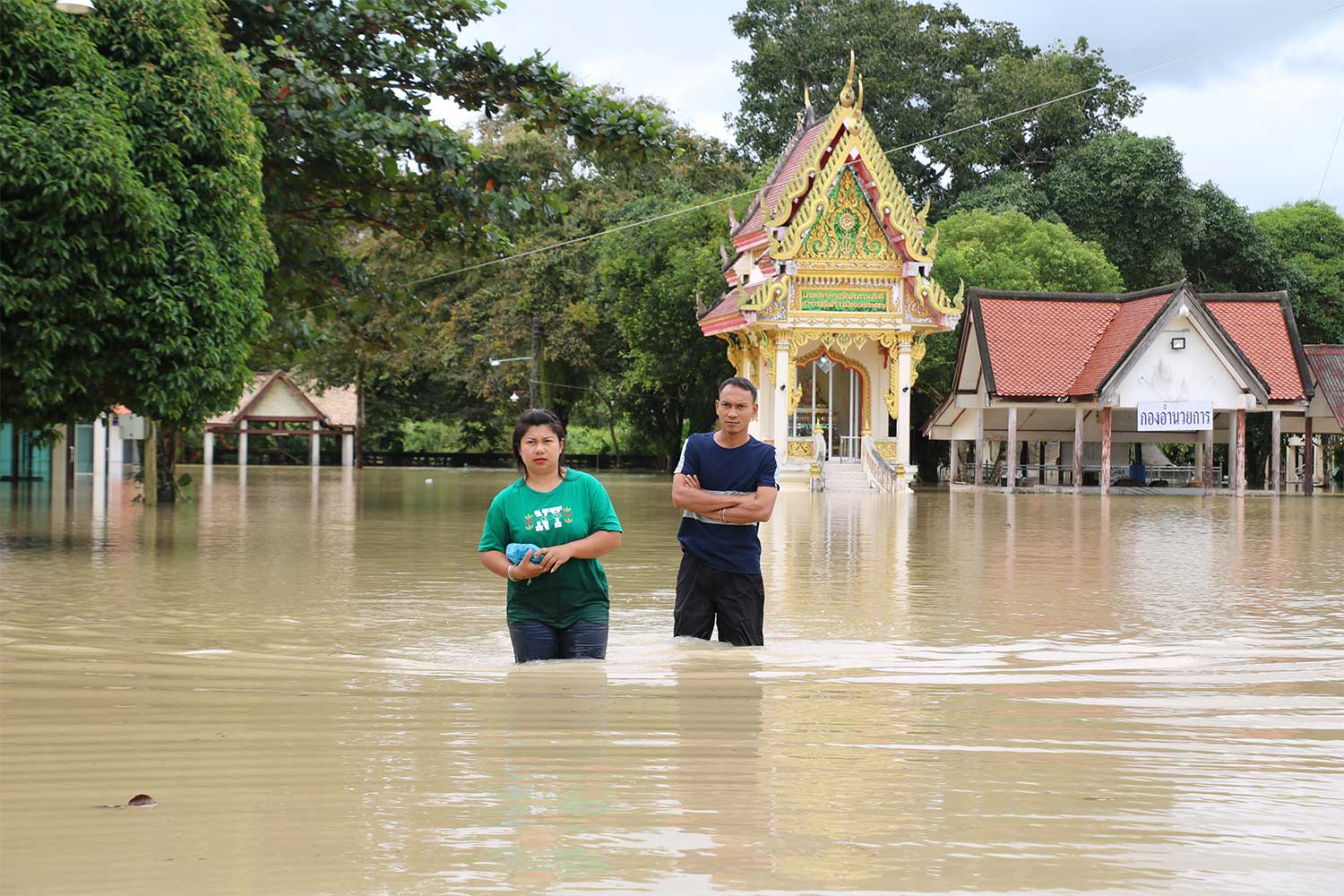 Two residents wade through floodwater at Wat Khlong Khla in tambon Khuan Niang of Songkhla province after giving alms to monks. Much of the temple is under about a metre of water. (Photo: Assawin Pakkawan)

Soldiers in eight mitigation and disaster prevention centres had been ordered to move quickly to help  residents as the water kept rising. Seven main roads in the province were flooded, she said.