Pandemic drives many poor families into town, leaving some homeless

Children whose families are destitute and without a permanent home are unlikely to receive an adequate education, according to a children's welfare advocacy group. 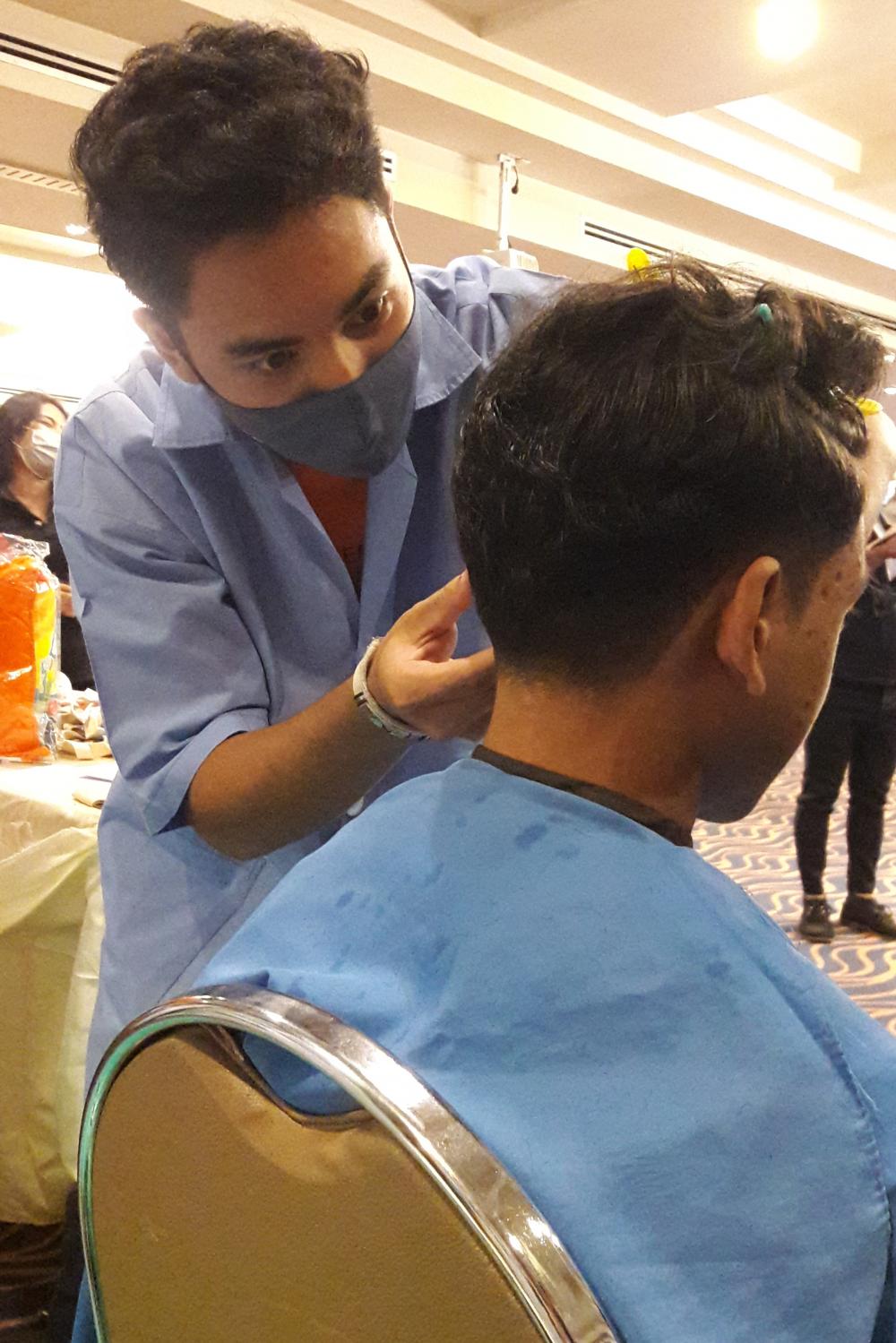 FROM HAIR TO ETERNITY: A young man demonstrates how he performs his job as a barber. He experienced a difficult childhood and displayed rogue behaviour before turning a new leaf.

Kanyapak Yusuk, a teacher at The Hub Saidek Youth Club, said the Covid-19 pandemic has forced many poor, rural families to migrate to Bangkok in search of jobs.

Members of the club had met about 60 children aged between 5 and 12 while offering donations of food and disinfectant gel to their families, at its base in Pomprap Sattruphai district, where volunteers also provide help to needy children and families.

Ms Kanyapak said many of those she had interviewed said the pandemic has caused massive unemployment in rural areas so they decided to head to Bangkok to try their luck in the city.

Some families had secured odd jobs including being hired to collect donated Buddhist amulets at various celebratory or religious functions. They made about 3,000 baht per job which they perform twice a month.

The teacher said the families do not have permanent places to live in Bangkok and are forced to spend the night where they can find space.

"We're worried about the children's education. But most parents are understandably more concerned about putting food on the table," she said.

The club, which had initially kept in touch with the families, has not heard from most of them in a while now, she added.

"If the children of these vulnerable families are not able to attend school, they run a real risk of ending up on the streets and being drawn in to work for drug gangs."

Ms Kanyapak said the children might resort to drug abuse or be hired as peddlers. They are also in danger of being sexually violated or being pressured into working as prostitutes to earn a living.

The club tries to involve the families in projects which equip them better for city life and provide skills training that will help the adults to find work. It also offers assistance to help young people who are drug addicts, assault victims or those who are living on the streets.

Their unfortunate living conditions frequently arise from a combination of broken families, domestic violence and poverty.

The youngsters themselves become accustomed to living independently, are addicted to games or drugs, or attached to friends.

Nevertheless, many homeless children still strive for self-improvement and want to acquire an education, "However, poverty has kept them from reaching their goals," she said.

Although they are free to take advantage of the free education policy, there are other expenses associated with schooling which their families are not able to afford, she said.

The environment in which they live is also a source of danger, with many living in unsafe and crammed communities.

Ms Suwithida said the families were advised to find supplementary jobs to increase their income or access loans to invest in starting out small businesses.

Thongpool Buasri, from the Sang San Dek Foundation, said there was no "one-size-fits-all" solution to homelessness as each homeless child faces a unique set of circumstances.

As a teacher who has worked with children on the streets, she said welfare workers need to befriend the youngsters first to build trust before they can offer help.

Help must go to the children's families as well, the teacher said.