Prayut says fares may be reduced on Green Line

A driverless monorail Gold Line train carries people on the first day of its launch yesterday. The route runs from Krung Thon Buri to Khlong San. (Photo by Wichan Charoenkiatpakul)

Negotiations are under way to lower the fare on the Green Line, Prime Minister Prayut Chan-o-cha said on Wednesday. 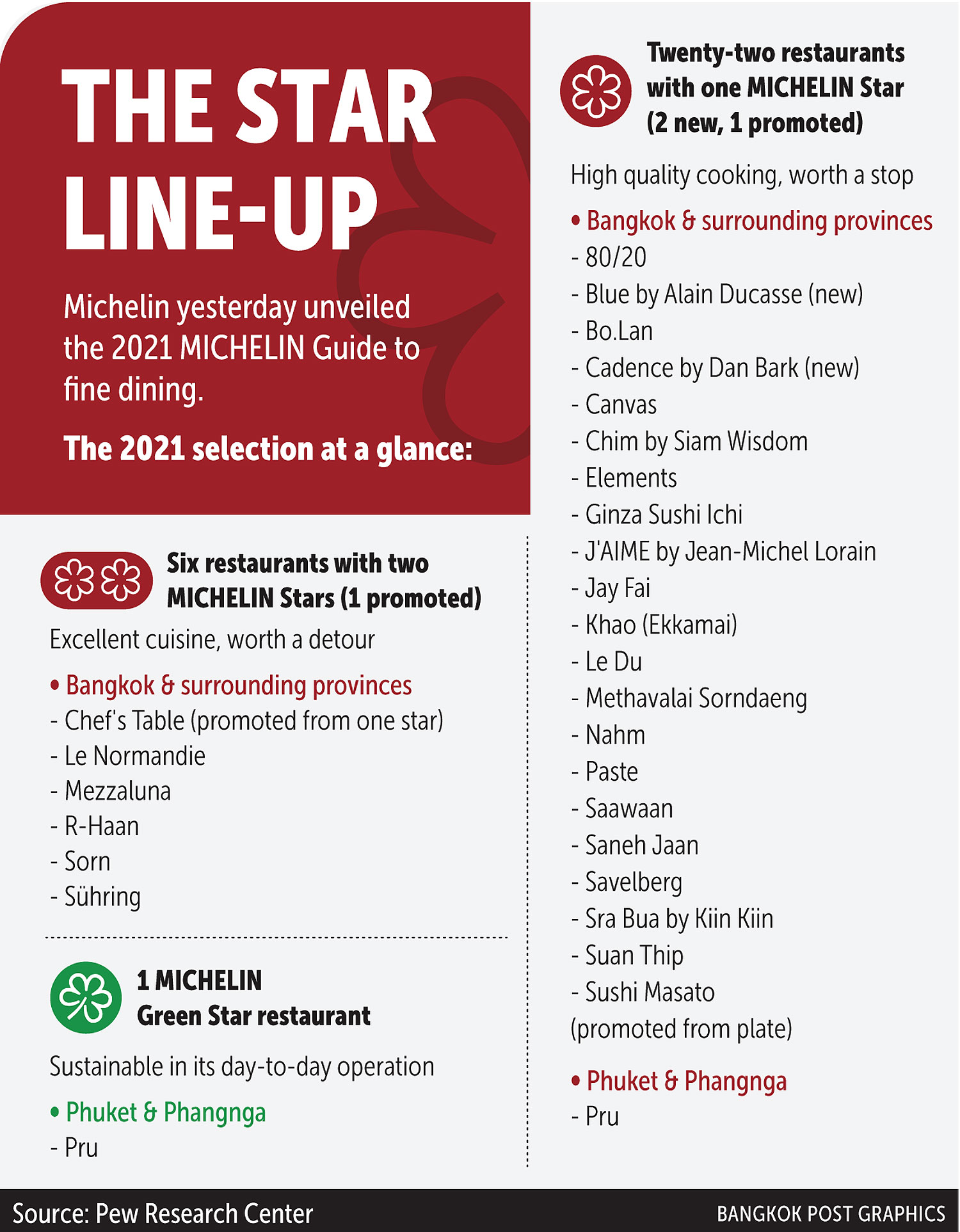 Gen Prayut made the remark as he presided over a ceremony for the Green Line electric train route. He also unveiled the Gold Line driverless monorail.

The fare to be charged on the Green Line extension has been criticised as being too expensive. The fare will be capped at 65 baht per trip compared with 42 baht for the Blue Line, according to the Bangkok Mass Transit System Plc (BTSC).

On Wednesday, Gen Prayut said talks were ongoing to reduce the Green Line fare. However, he would wait to see the outcome of the negotiations.

He insisted the issue should not be politicised. The government would step in to solve the problem but the rules must be respected.

At the opening of the Gold Line from Krung Thon Buri to Khlong San, Gen Prayut said the Gold Line service was highly anticipated. He pointed out, however, that a bottleneck on the route needs to be dealt with.

An additional station may have to be constructed or dual tracks laid on the entire route, the premier said.

Also on Wednesday, Gen Prayut inau- gurated the extended Green Line which runs from Wat Phra Sri Mahathat to Khu Khot. There are free rides for the public until Jan 1.

The PM said the Green Line was expected to seamlessly connect the greater Bangkok, Pathum Thani and the Thon Buri side of the city. 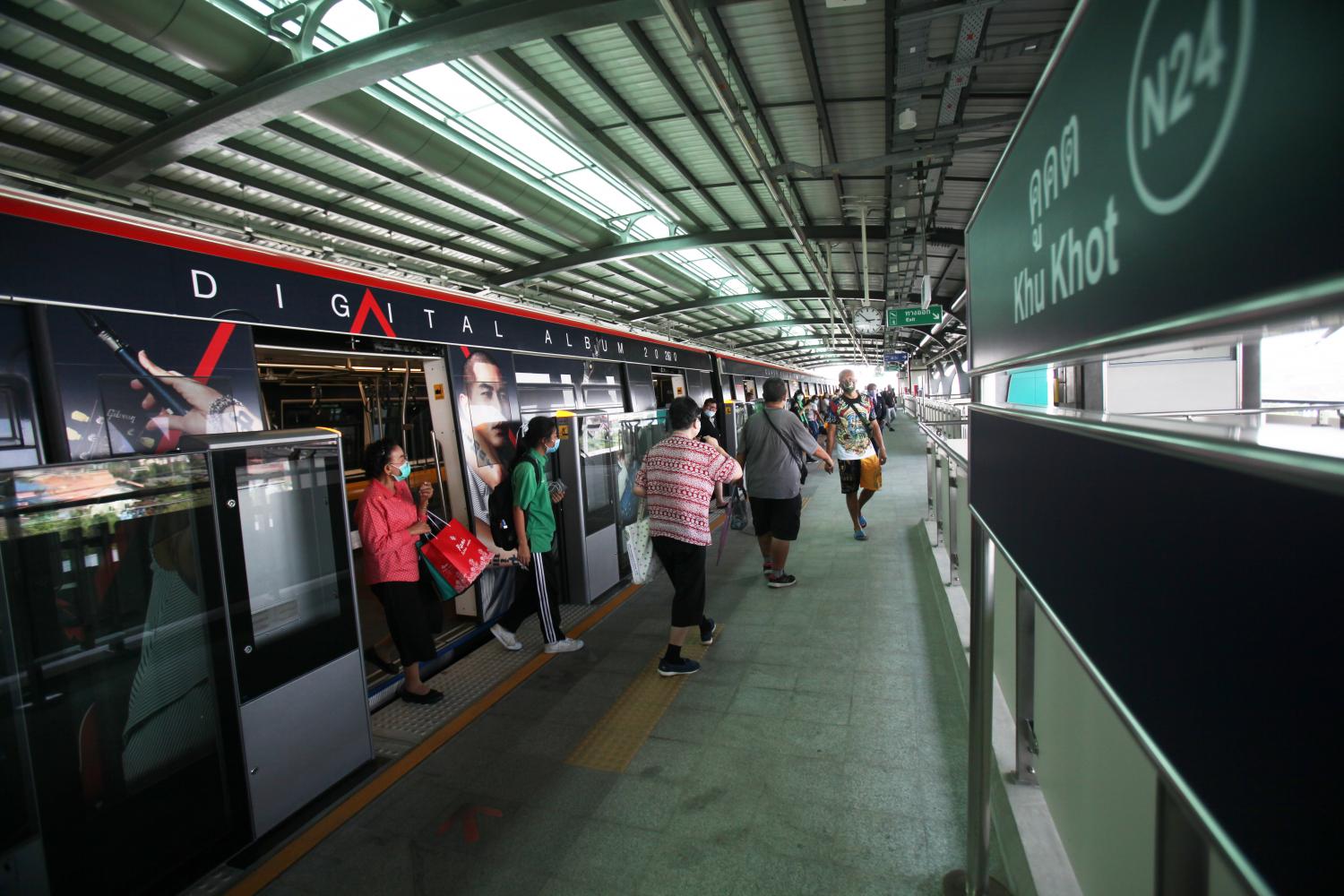 Commuters disembark from a Green Line extension train at the Khu Khot station. Free rides are being offered to the public from now until Jan 1 when commercial service will begin.  (Photo by Nutthawat Wicheanbut)

The premier said infrastructure and electric train development was the government's transport priority and he hoped the trains would encourage people to use cars less frequently and help reduce the PM2.5 dust pollution in Bangkok.

Many electric train lines have been completed during his administration, Gen Prayut said.

The Gold Line connects with the Green Line at Krung Thon Buri station and runs on to Charoen Nakhon and Khlong San stations.

The Green Line will be officially open for commercial services on Jan 1 at 1pm.

When fully operational, the ridership on the Green Line is expected to top 252,000 per day, increasing from 132,200 passengers per day at present. There are major hospitals, academic institutions and government offices along the line which boasts easy access to Pathum Thani province and the densely populated Lam Luk Ka area.

The 1.8-km Gold Line passes the riverside Iconsiam shopping complex. In the future, the Gold Line will connect to the Tao Poon-Ratburana Purple Line at the Prachathipok station and to the Hua Lamphong-Mahachai Red Line at the Khlong San station.

The Gold Line will charge a 15 baht flat fare.