Wildlife officials examine the pelts of protected tigers and leopards, and other items during the raid on a hotel in Sukhumvit area, Bangkok, on Wednesday. (Photo: Natural Resources and Environmental Crime Suppression Division)

Wildlife officials have seized tiger and leopard pelts, and shells of protected turtles during a raid on a hotel in Sukhumvit area of Bangkok.

Officials from the Yiew Dong and Phaya Sua task forces, a special operations team and police found the goods during a search of the Carbochon Hotel, in Klong Tan Nua of Watthana district, on Wednesday.

The raid followed a complaint that many wildlife products were inside the building, Sakchai Jongkitwiwat, director of the National Parks, Wildlife and Plant Conservation Department’s forest fire control division, said on Thursday.

Police looked at the hotel website and saw photos of turtle shells.

A woman who said she was the manager, identified as Raweewan Chamjit, was at the hotel. Police presented her with a search warrant. 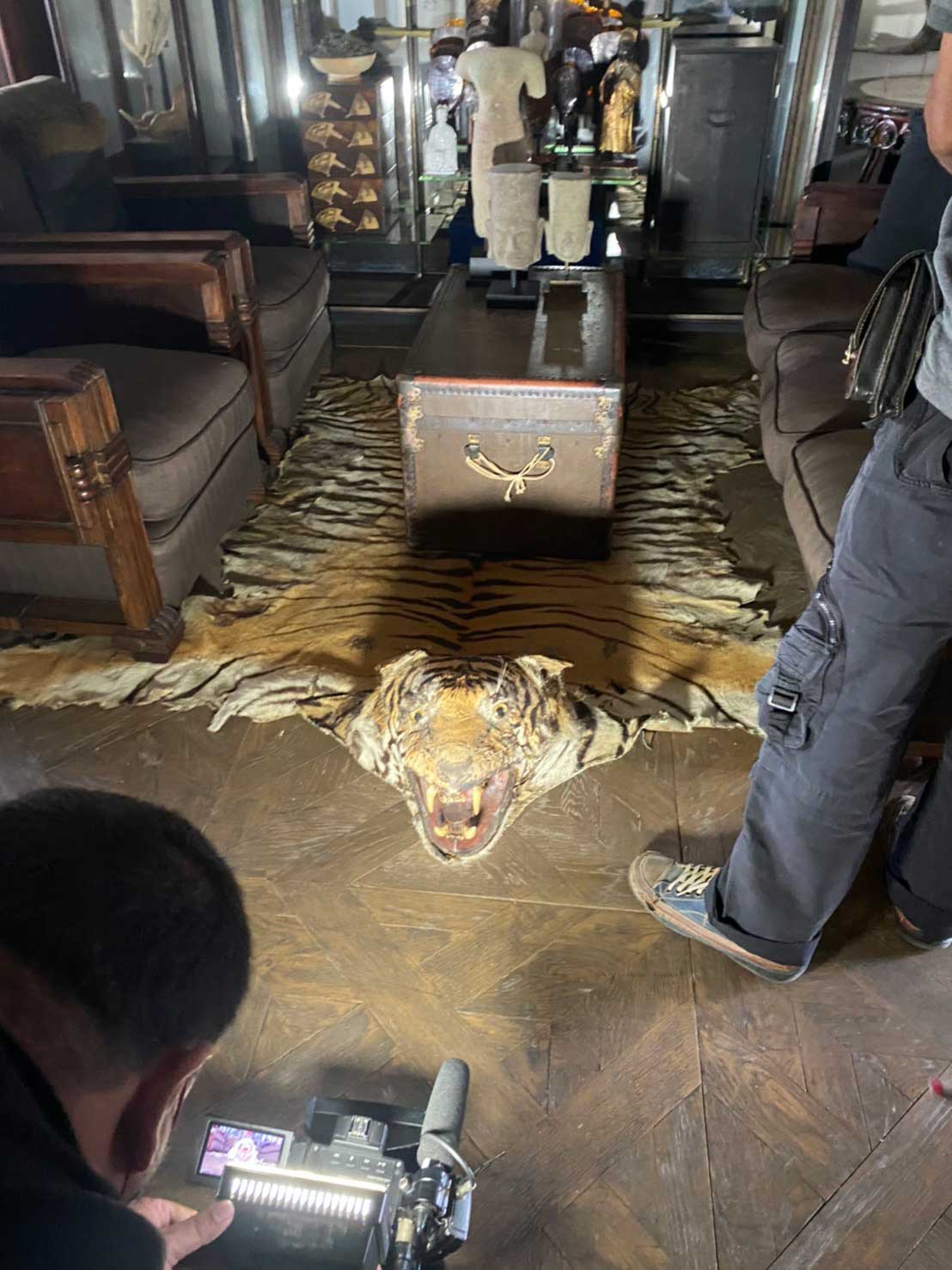 The first floor of the hotel is a restaurant and coffee shop. The items were seized from the first, second and fourth floors. Some were found in rooms.

Ms Raweewan said all the wildlife items belonged to the hotel owner, who was a foreigner and was currently abroad. He was reported to be Taiwanese.

While the officials were examining the goods, Ms Raweewan managed to escape.

Checks found she was named as one of two executives who run the hotel and restaurant businesses.

Officials said the two hotel executives would be charged with illegal possession of protected wildlife. The offence carries a prison term of up to five years and/or fine up to 500,000 baht

Two hotel employees were invited to give statements to police.

Pol Maj Gen Pitak Uthaitham, chief of the Natural Resources and Environmental Crime Suppression Division, said an investigation was underway to bring all those involved to task.

They would also look into how Ms Raweewan managed to slip away. 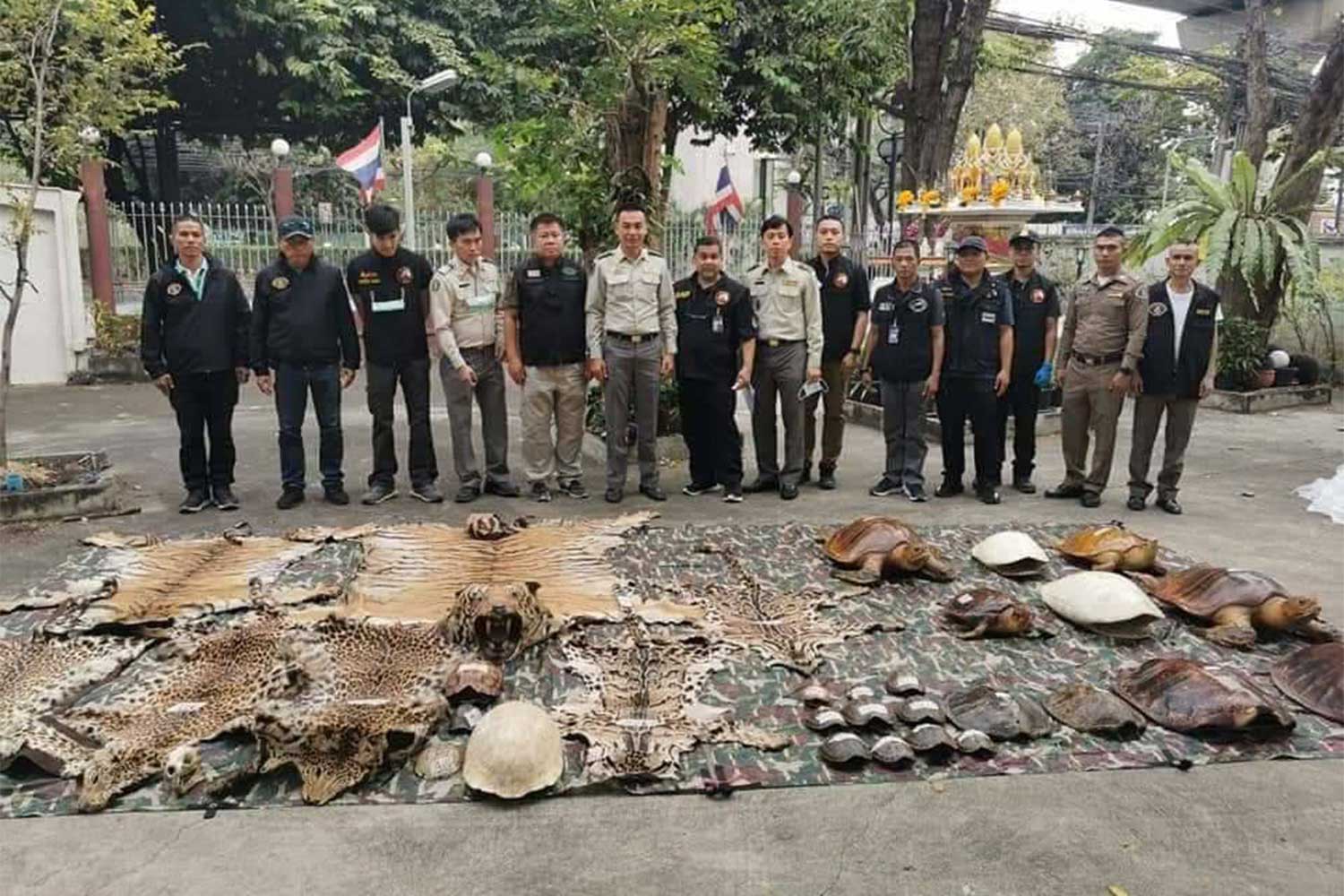