Flames and smoke engulf a farm truck parked in front of a petrol station in Sai Buri district, one of three arson attacks in this southern border district of Pattani on Friday morning. (Photo: Abdullah Benjakat)

Sai Buri police said the  attacks were reported between 2.15am and 6am on Friday.

The trucks were loaded with rice straw from Lop Buri province for delivery to Kalayanitwattana army camp in Narathiwat. They were set on fire around 2.15am.

Around 2.30am, four surveillance cameras installed on roadside power poles were set on fire  at Jobor village in tambon Paen.

Around 5.30am, arsonists torched an office at the Buereh tambon administration organisation.

About 6am, two surveillance cameras on power poles were set on fire at an intersection at Chamao Samton village in tambon Torbon, and another three cameras in front of Chamano Samton school in the same area.

About the same time, a surveillance camera was stolen from a power pole at Keubong village in the same tambon. 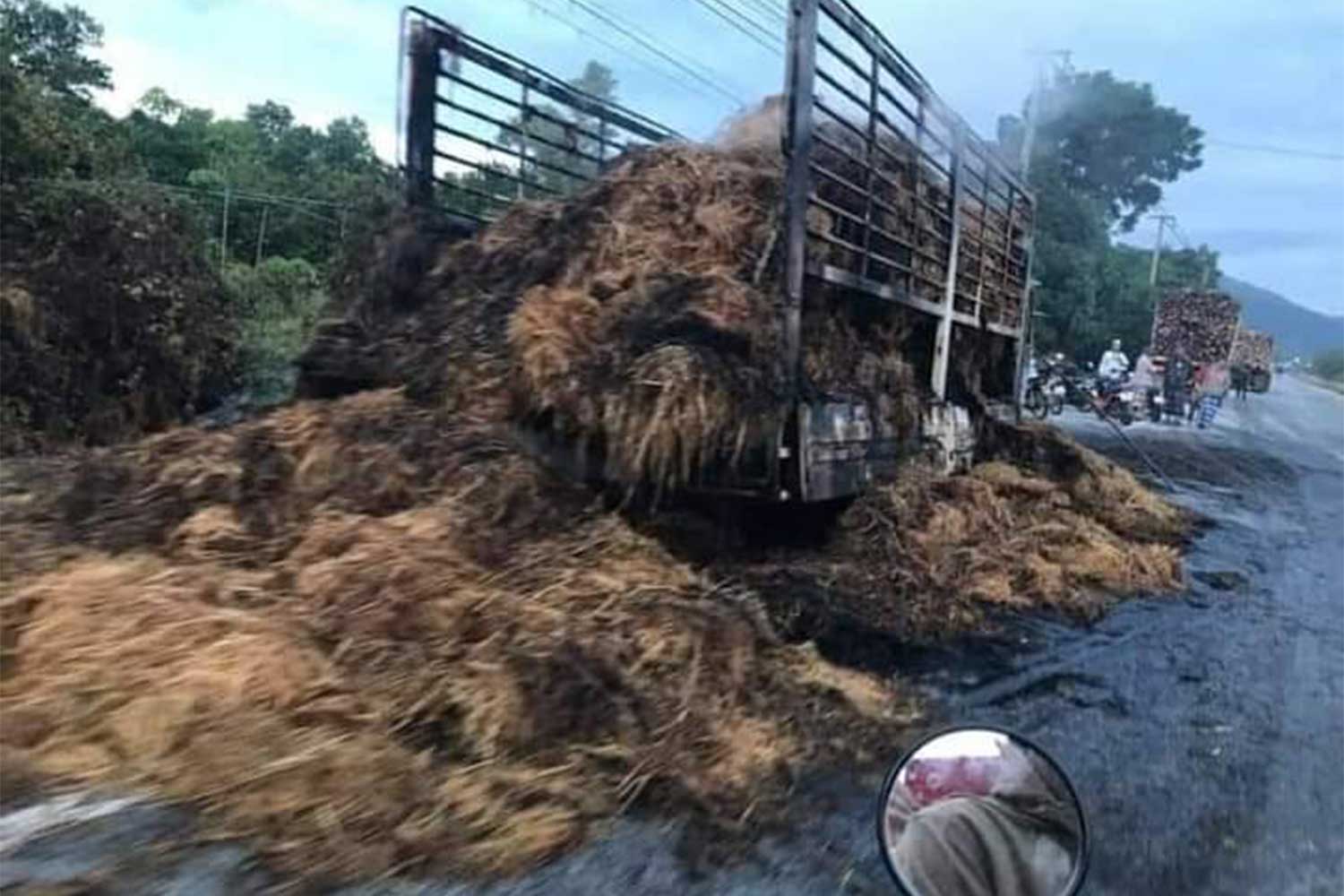 This truck carrying rice straw for the army was set on fire in Sai Buri district, Pattani. (Photo: Abdullah Benjakat)