A man and a boy pay homage to the Emerald Buddha at Wat Phra Si Rattana Satsadaram (Wat Phra Kaeo) in Bangkok on the New Year occasion on Friday afternoon. (Photo by Nutthawat Wichieanbut)

One more death linked to Covid-19 and 216 new cases were reported on Saturday, bringing the total to 7,379 cases and 64 fatalities.

Of the 216 new cases, 214 were local infections, according to the Centre for Covid-19 Situation Administration (CCSA).

The new death was a diabetic woman in Chon Buri who had gone to a gambling den, it said.

Most of the new cases, or 154, are being investigated. Another 23 cases either went to risk areas, had at-risk professions or had a history of being contact with previous cases.

Active case finding among migrant workers found another 32 cases while the remaining two cases were arrivals in quarantine.

The CCSA attributed the spike to two reasons. Infected people have failed to isolate themselves and continue to travel. Activities involving gatherings of people are still being held and some of which are illegal.

The disease has spread to 53 provinces, mainly in the Central Plains, since Covid-19 re-emerged in six provinces in mid-December.

For the red zone, maximum control will be imposed in two phases as needed.

The first phase, from Jan 4 to Feb 1, involves restricting opening hours of places, closing establishments at risk of spreading the disease, cracking down on illegal assembling, minimising gatherings, seeking cooperation from people to not leave the provinces, closing schools and educational institutions or reintroducing online learning, and encouraging people to work from home.

In addition, more measures will apply to people leaving the red area and active case finding will be conducted.

The second phase, if necessary, involves imposing a curfew and intensifying the existing measures such as more restrictions on operating hours of establishments, more closures, a requirement for work from home and more active case finding, the CCSA said.

The yellow zone (under close watch) covers the remaining 38 provinces. 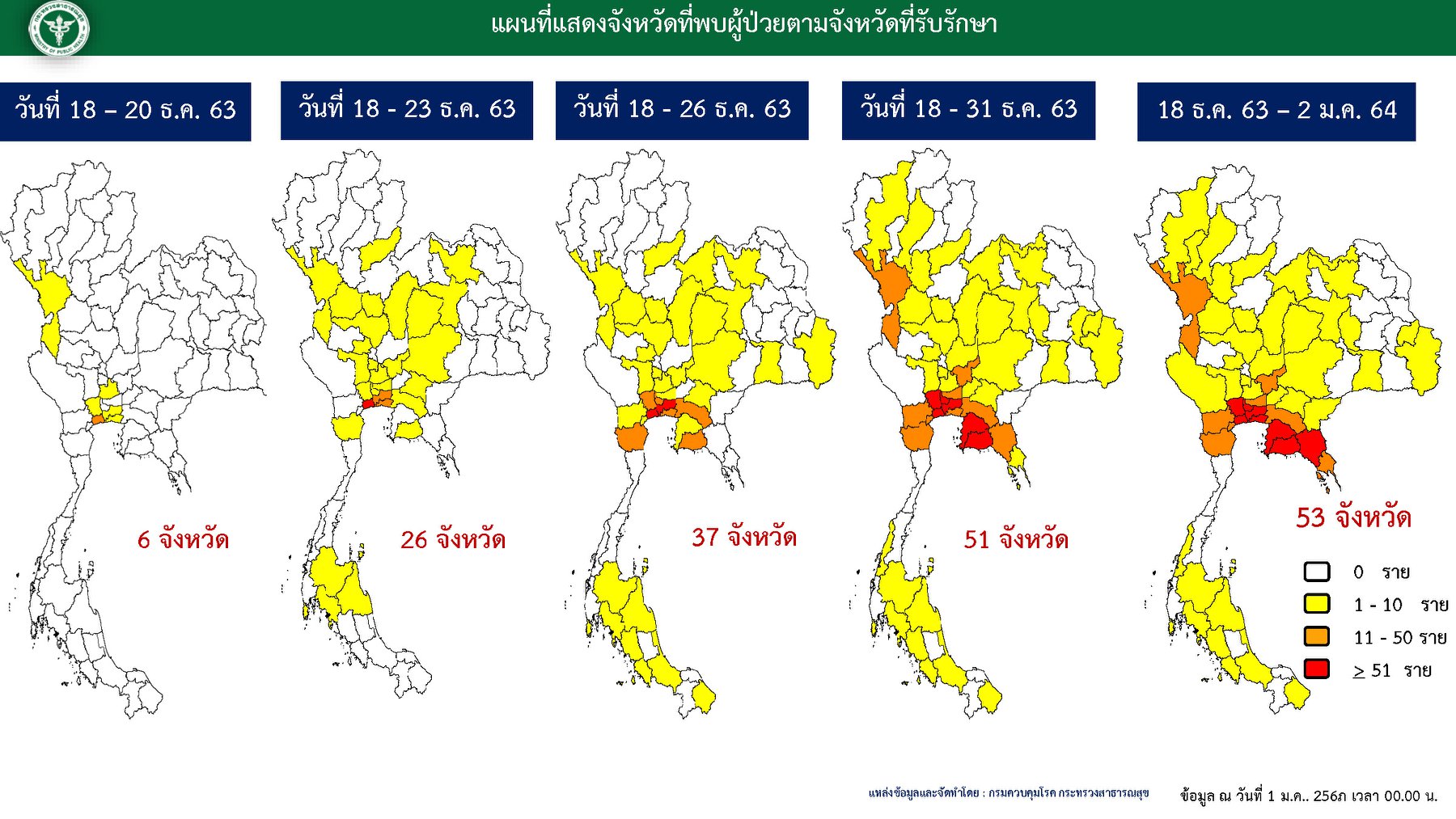 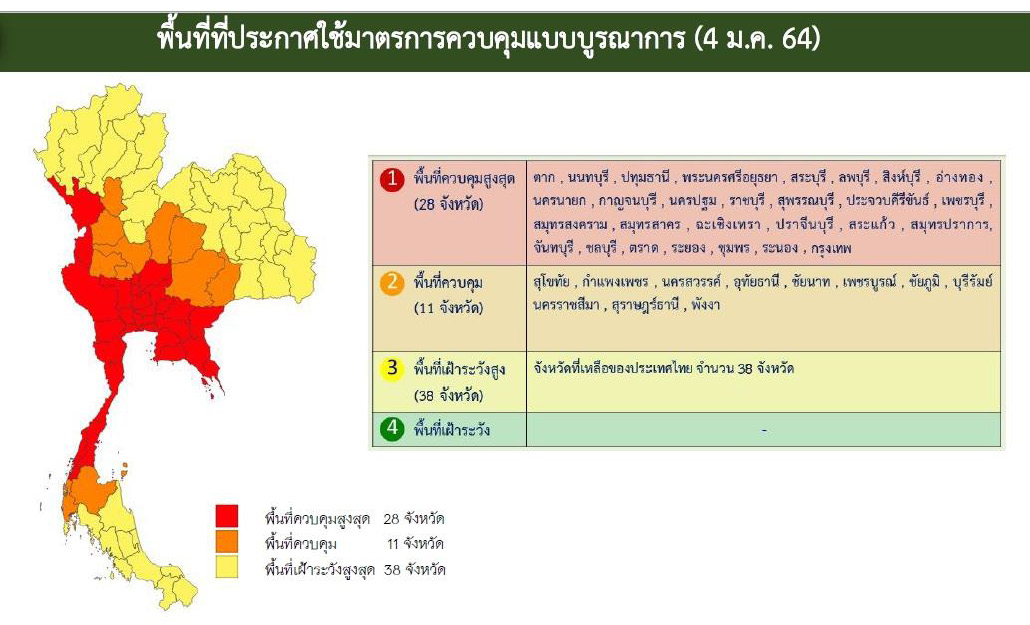