People dine separated by dividing screens at a street food corner in Bangkok's Chinatown on Sunday after authorities imposed restrictions on restaurants due to the recent Covid-19 coronavirus outbreak. (AFP photo)

Thailand on Monday recorded 249 new coronavirus cases, 224 of them local transmissions, bringing the total number of confirmed cases to date to 10,547. No new deaths were reported, leaving the accumulated toll at 67.

Of the 224 local cases, 78 were found through active testing, the Centre for Covid-19 Situation Administration (CCSA) said.

Eleven of the 249 new cases were people who recently flew into the country and were in state quarantine -- six Thais and five foreigners. Two of the Thais flew in from Switzerland, and one each from the United Kingdom, Turkey, Bahrain and Denmark. The five foreigners arrived from the UK, the US, the UAE, Holland and Somalia.

A further 14 cases were Thais who returned from working in Myawaddy town in Myanmar and were now being treated in Mae Sot Hospital.

Dr Taweesilp said the outbreak had spread to all ages, as was reflected in the infant girl in Ang Thong.  "We now see the infections in babies," he said.

Permanent secretary for interior Chatchai Promlert on Monday issued a stern warning to any Interior Ministry officials still turning a blind eye to gambling and illegal entry from neighbouring countries in their jurisdictions.

"Officials must be held responsible for their complacency," the ministry’s top bureaucrat said. Officials at all levels were also ordered to comb through their areas to crack down on gambling dens, he added.

Illegal returnees and gamblers have been identified by the CCSA as the main sources of the current virus outbreak in Thailand.

Navy buses take 273 soliders on HTMS Chakri Naruebet to the reception building at the Sattahip base for isolation after two tested positive for #Covid19. #BangkokPost #Thailand #coronavirus

Navy spokesman Rear Adm Chettha Jaipiem said more than 200 soldiers on HTMS Chakri Naruebet were isolated at a hospital and other facilities at the Sattahip base in Chon Buri after two tested positive for Covid-19.

The move came after some of the soldiers from the ship spent time at Pah Daeng beer house in Sattahip district.

The government on Thursday announced that Covid-19 vaccinations would begin in Thailand in February. 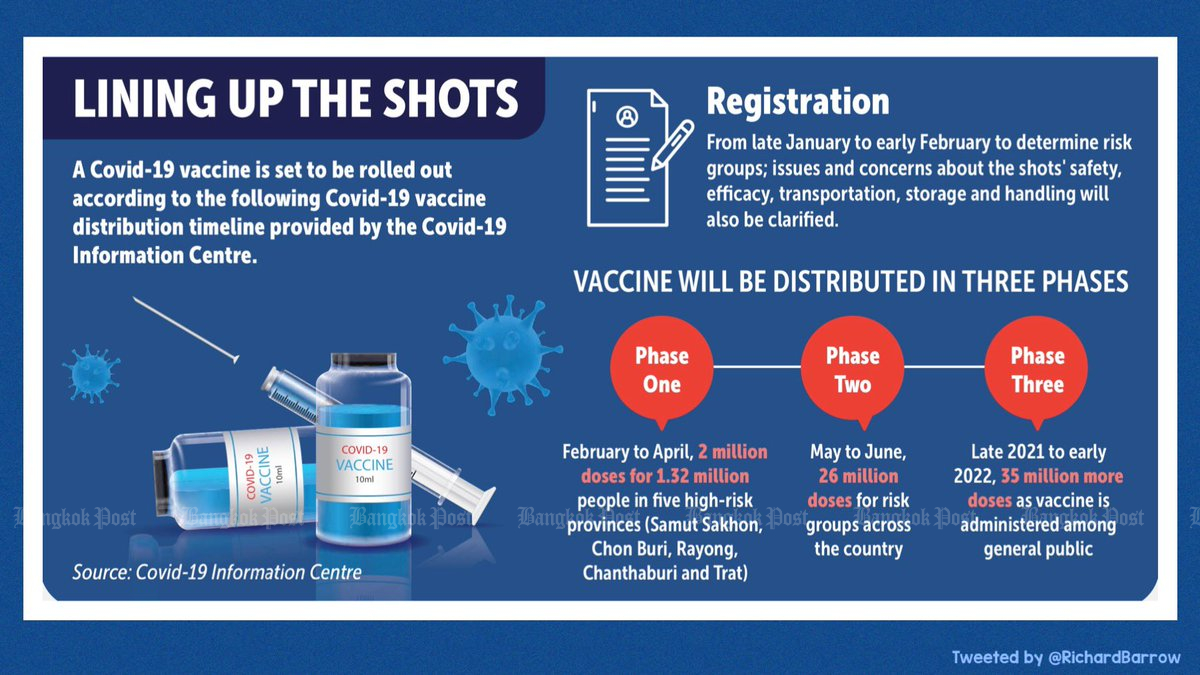