Police display packages containing 2 million speed pills and 400kg of crystal methamphetamine, seized after a shootout with two men in a pickup in Non Daeng district, Nakhon Ratchasima province, in the early hours of Thursday. One suspect was wounded. (Photo: Prasit Tangprasert)

NAKHON RATCHASIMA: Two men were arrested, one of them wounded, and more than 2 million methamphetamine pills and about 400kg of crystal meth seized as police exchanged shots with the occupants of a pickup truck in Non Daeng district in the early hours of Thursday.

Officers from Provincial Police Region 3, backed by local police, signalled a pickup truck with two men on board to stop for a search around 1am.

In response, the passenger fired gunshots at police as the driver tried to avoid the road block. Police said they fired back in response.

One of the suspects was wounded and the pickup brought to a halt. Both men were  arrested, police said.

A search found more than 2 million speed pills and about 400kg of crystal methamphetamine in packages inside the vehicle.

Police said the drugs were being smuggled from Nakhon Phanom province to buyers in the Central Plains. 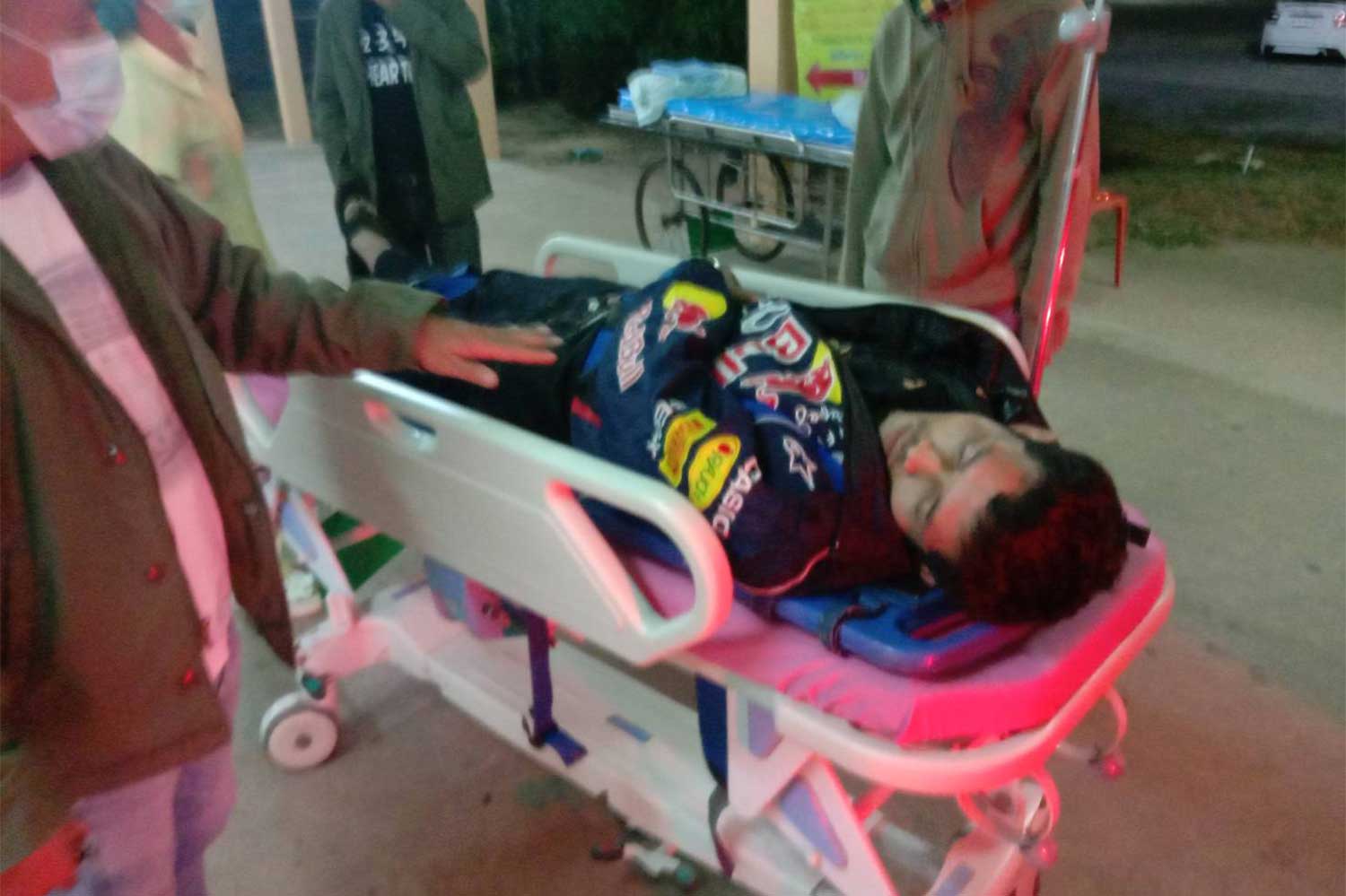 The alleged drug courier wounded in a shootout with police in Non Daeng district is admitted to a hospital for treatment early on Thursday. (Photo: Prasit Tangprasert)