SAMUT PRAKAN: A woman dubbed "pa rakrae niew" (auntie sticky armpits) over the way she stole money from many stores has been arrested again, but this time for a different crime - setting fire to five vehicles in Phra Pradaeng district.

Namphueng Natethip, 51, of tambon Bang Namphueng in Phra Pradaeng district, was apprehended at a house in tambon Bang Nua Sua of the same district on Wednesday evening.

She was named in an arrest warrant approved by Samut Prakan Provincial Court for alleged arson and causing damage to property.

Pol Lt Col Thanakit Ruayaree, deputy chief of Phra Pradaeng station, said the arrest  followed a complaint filed on Jan 8 by Chatree Sopako, 50, of tambon Bang Yor in Phra Pradaeng district, that someone had set fire to five vehicles at his house on Jan 7.

He gave police a security camera recording as evidence.

It showed four cars and one motorcycle being set on fire around 3am on Jan 7.

Police investigators subsquently obtained a court warrant for the arrest of Ms Namphueng. 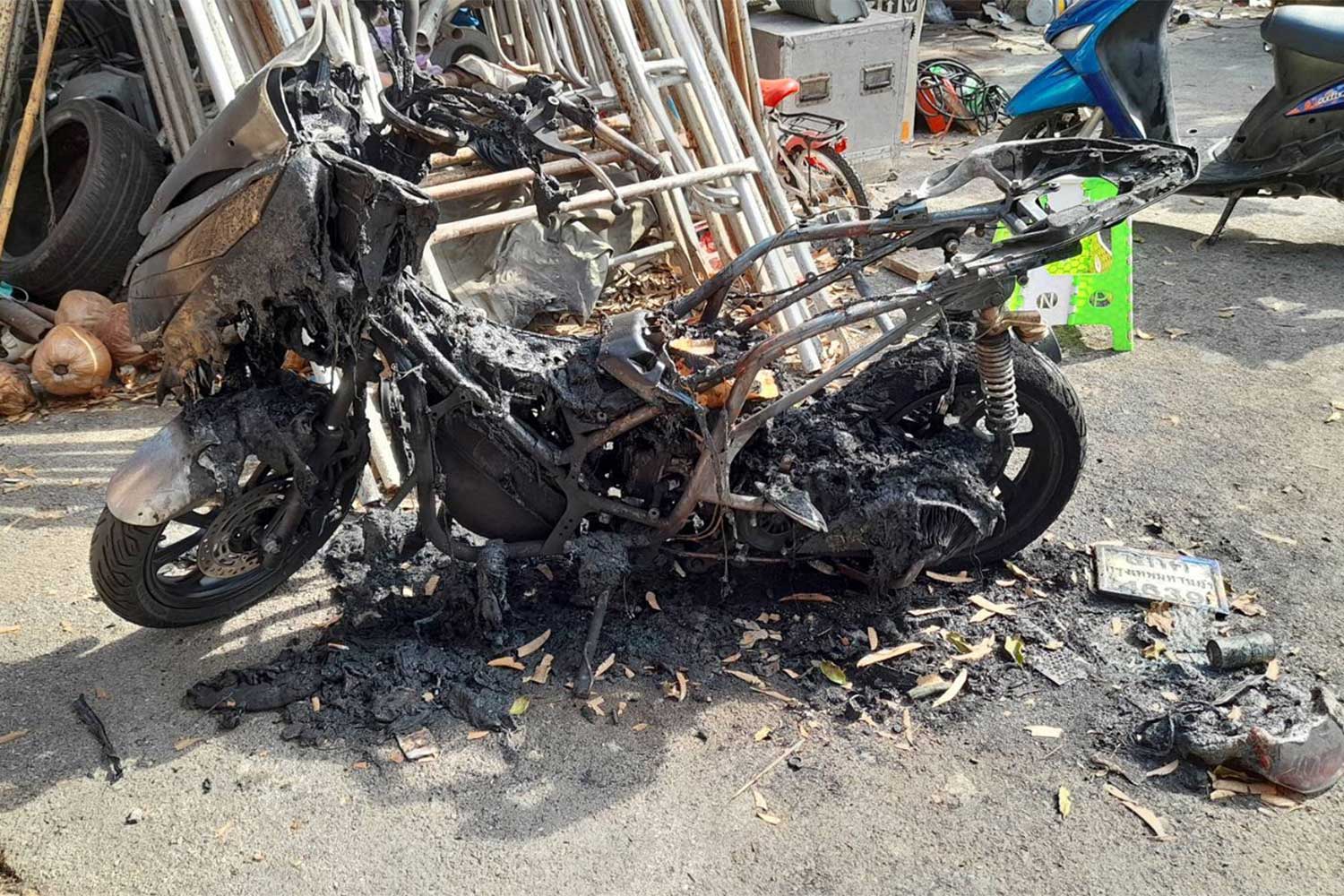 Police said Ms Namphueng had a prior criminal record of theft.

The woman had often bought low-value goods at convenience stores and paid with a 1,000-baht note. When the cashier gave her the change, she would quickly slip the 500-baht note under her armpit, show the remaining money and complain she had been short-changed.

Staff at many stores had fallen for it, police said.

She had tried the same trick many times since January last year, and was caught and dubbed "auntie sticky armpits" by her victims and the media. The case is proceeding.

Mr Chatree said he was relieved the suspected arsonist had been caught.

He and his family had been living in fear the firebug might return and set fire to the house.

He said he would not forgive Ms Namphueng, whose house was near his.

If he and his family had not put out the vehicle fires that night, they might have suffered a huge loss, including possibly their lives. He would follow the case through to the end. 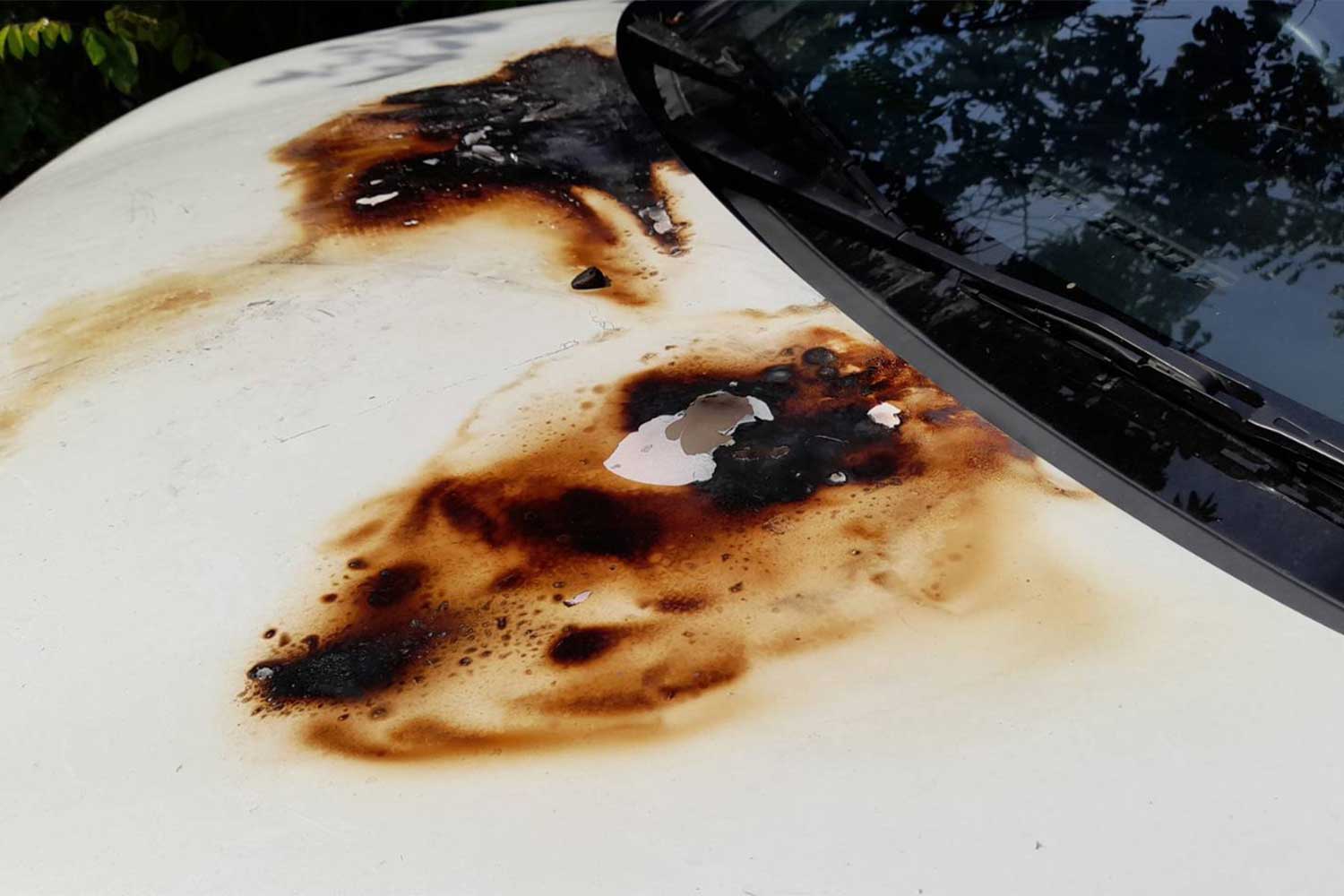 Damage caused to one of the four cars set on fire.  (Photo: Sutthiwit Chayutworakan)