Ground control: Staff of Bansomdejchaopraya Rajabhat University in Bangkok clean and disinfect an area at the university to contain Covid-19. The university has been closed since early this month after the pandemic resurfaced in the country. (Photo by Apichart Jinakul)

The Bangkok Metropolitan Administration (BMA) has cut rent rates at its 10 markets to ease the plight of vendors hit by the recent coronavirus outbreak.

Those who will receive help are vendors and tenants at the Chatuchak Weekend Market, Min Buri Market, Thon Buri Market and seven community markets.

For vendors and tenants at Chatuchak Weekend Market and Min Buri Market, leases will be extended for another year. 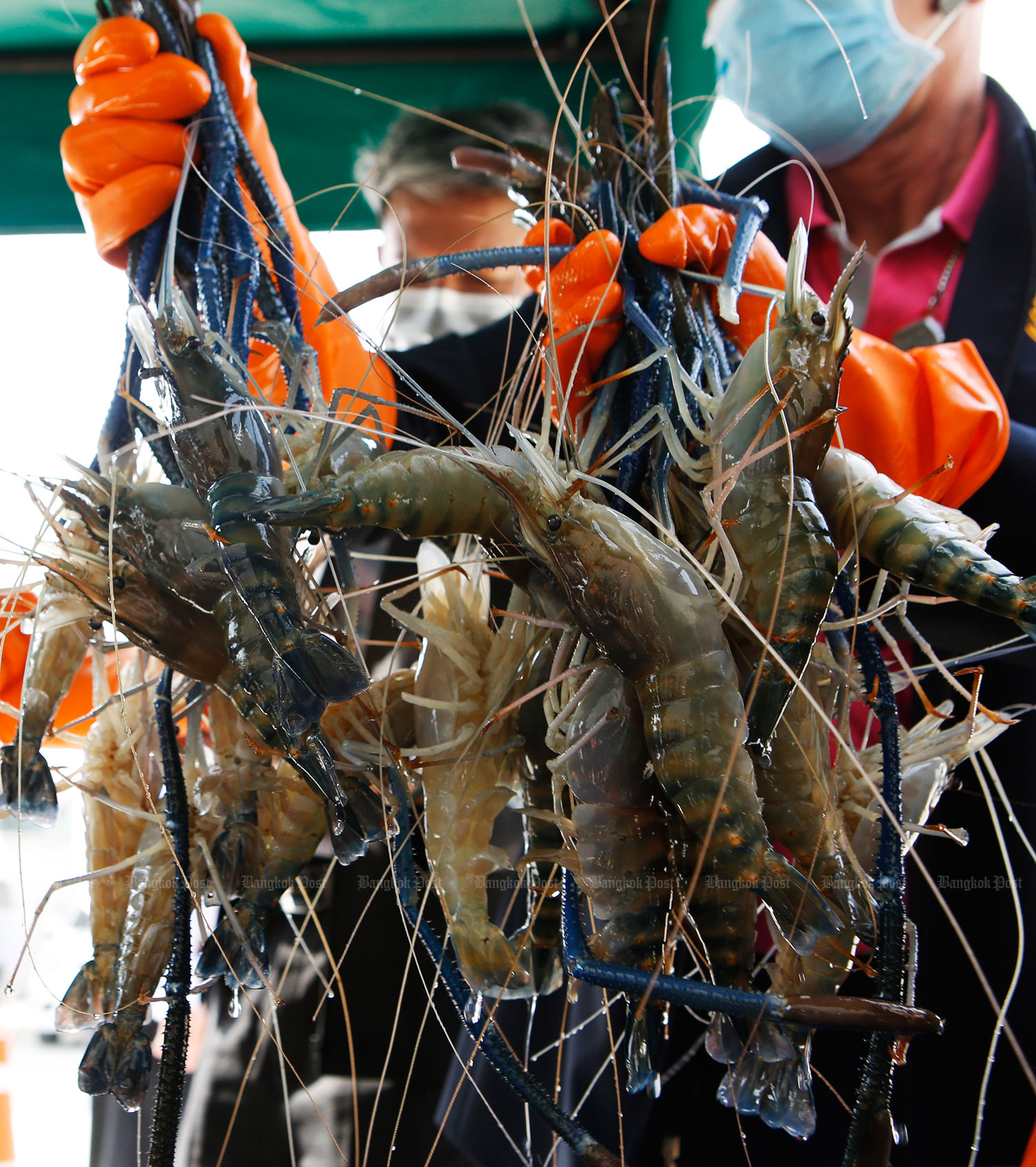 Shrimp and save: Fresh prawns are shown at the Fisheries Department’s safe fishery fair to help aquaculture farmers affected by Covid-19. Yesterday’s event saw Good Aquaculture Practice-certified aquatic animals sold at low prices by dozens of farmers at Talad Thai Market in Pathum Thani. From Jan 20-April 20, farmers from more provinces will be allowed to sell their certified products rent-free at the event. (Photo by Apichit Jinakul)

Vendors whose stalls were ordered closed by the BMA due to the pandemic will be exempted from rent until the closure order is lifted.

If their stalls are allowed to reopen before Aug 31, rent will be charged at 50%.

Vendors whose stalls are allowed to remain open will pay only half of their regular rent for eight months starting this month.

Vendors whose debt remained unpaid on Dec 31 last year will be granted a chance to repay it in five monthly instalments starting from September, with fines and interest exempted.

As at Chatuchak Market, vendors and tenants at Thon Buri Market will also see their rent and common area maintenance fees exempted and pay only 50% if the order is lifted before August or if their stall are allowed.

Vendors whose stalls are allowed to remain open will pay only half of their regular rent for eight months starting this month and also receive the option of five unpenalised debt repayments from September.

For vendors and tenants at the seven community markets, remedial measures include the extension of leases which will expire this year, and the extension of deadlines for lease renewals for six months.

Meanwhile, representatives of the Thai Craft Beer Association yesterday handed a letter to Suporn Atthawong, vice minister to the Prime Minister's Office, asking the government for relief measures to help operators of eateries which were banned from selling and serving alcohol during the pandemic.

Achiravas Vanasrisawasd, the association's president, said that the ban has affected at least 600 restaurants and food stalls and 6,000 operators in other related businesses including importers, suppliers, delivery companies, operators of rental storage warehouses and workers.

Losses were estimated to be in the region of 150 million baht per month, he said.

As a result of the ban, importers and suppliers of craft beer cannot sell their stocks of expensive craft beer which has a short shelf life, he said.

He added that eateries cannot sell craft beer in other kinds of packaging as stipulated by the Excise Tax Act, and they are also banned from advertising and selling alcohol online.