Knives at the ready
Thailand
Politics

Knives at the ready

A no-confidence debate has been termed a "necessary ritual" by critics and this year the opposition is wasting no time drawing up a timetable for filing a censure motion against the government at the earliest available opportunity.

The motion is expected to be filed during the next fortnight and the no-confidence session could be opened in tandem next month.

In a departure from previous charters, the current constitution limits the censure debate to only once a year. The limit is premised on the assumption that a frequent censure session could disrupt the affairs of the state. Also, no-confidence debates that are spaced over a year would reasonably afford the opposition time to plan and put together a solid onslaught to be launched against targeted cabinet ministers.

And this is precisely what the opposition is confident it will be able to deliver this time around.

It will have been a year next month since the opposition opened its censure salvo for the first time on the government. It plans to go at it again this year when the first opportunity arrives.

However, some critics suggested it might be wise for them to hold their horses on the censure debate for the time being. They believed the resurgence of Covid-19 infections had taken people's attention away from politics and unless the opposition can engineer the kind of onslaught in parliament that would render the government indefensible, the censure debate might backfire on them.

Last year, Prime Minister Prayut Chan-o-cha and his cabinet ministers faced a grilling; they not only comfortably survived the no-confidence motion but were witness to a rare spectacle in which the now-defunct Future Forward Party openly pilloried the fellow opposition Pheu Thai Party for allegedly messing up time slots. That led to the debate winding down before the "big fish", including Deputy Prime Minister Prawit Wongsuwon, had their turns to be censured.

Pheu Thai, the main opposition party, has maintained that this year's debate ammunition will revolve chiefly around the Covid-10 pandemic, an issue it believes will hand the government a death warrant.

Some observers said the first outbreak in the country, which began in March last year, might have been a saving grace for the government as it ground to a halt political activities that had fanned tensions.

However, this latest outbreak might chart a political course to the government's detriment if it does not handle the crisis well.

The circumstances of the second outbreak differ significantly from the first. The resurgence of the virus has in the process exposed malpractices and dereliction involving officials and law enforcement officers, threatening to put the government in the hot seat.

Yuttapong Charasathien, Pheu Thai MP for Maha Sarakham and the party's chairman of the censure debate preparation panel, said opposition parties were moving fast to get the no-confidence debate motion submitted in parliament, preferably before the month is out.

He alleged the government had mismanaged the Covid-19 resurgence that has caused infections to spread across most provinces.

The MP insisted the government must account for its failure to secure the country's borders, thus allowing people, most of them migrants, to sneak in and evade health checks and quarantines. Many paid smuggling gangs to shuttle them to interior provinces and the gangs are known to have been run or helped by state officials.

An early Covid-19 hotspot was the central shrimp market in Samut Sakhon, which houses a large concentration of migrant workers.

Mr Yuttapong added many virus spreaders were confirmed to have caught the disease during their visits to underground casinos which, according to the observers, had operated under police watch.

The police have been on the receiving end of a growing public backlash that their alleged inaction as crimebusters has facilitated the spread of the virus.

Mr Yuttapong says the government cannot shift the blame for the virus crisis which has compounded the country's economic woes. The arrests of several human smuggling gang members, plus the crackdowns on the gambling dens since the new outbreak, also convey an image of the government being seriously inadequate for the job of running the country.

It is expected that when the opposition formally presents the no-confidence motion to parliament the names of cabinet members to be grilled will be revealed. 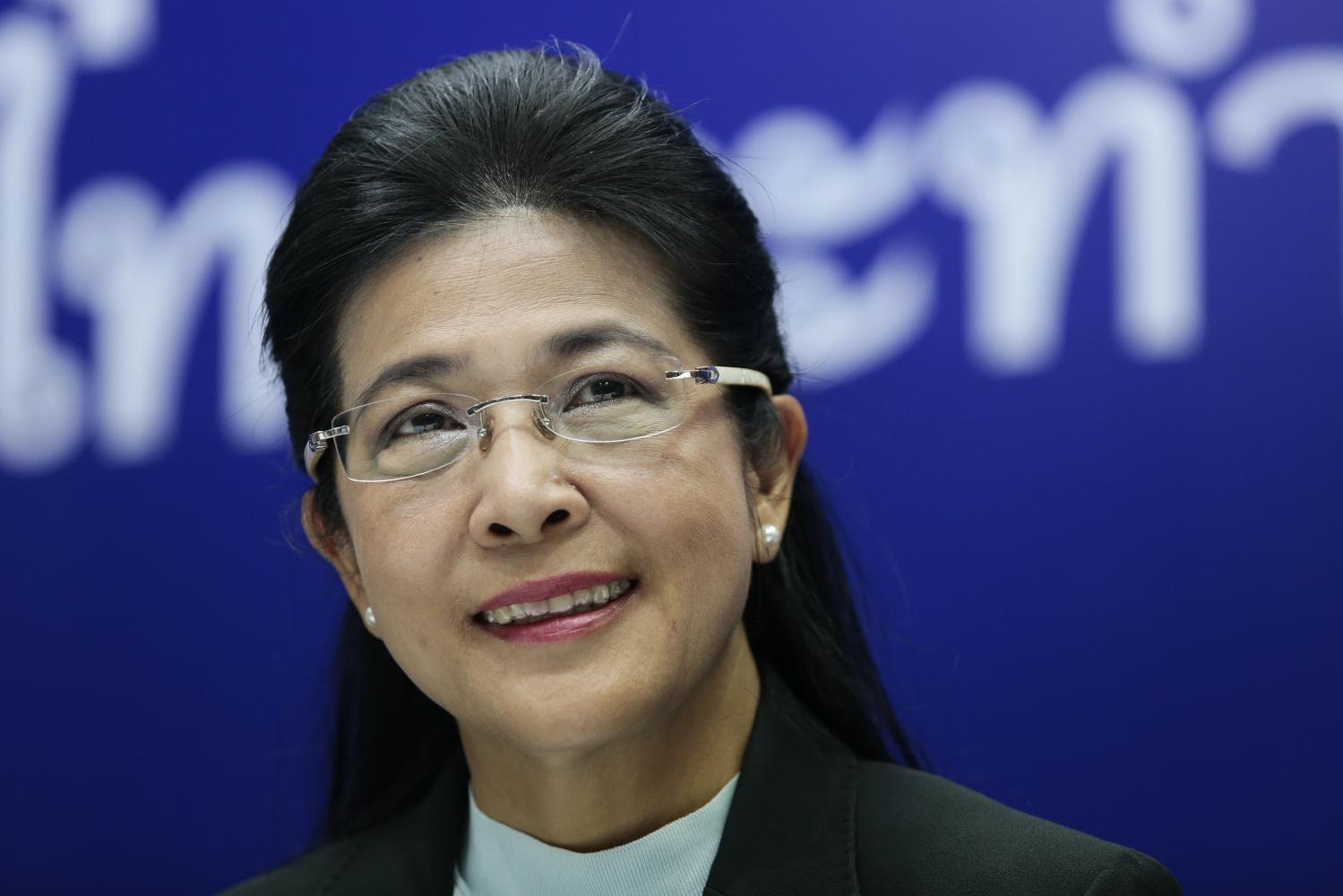 When Khunying Sudarat Keyuraphan parted ways with the Pheu Thai Party in November, political observers believed she wasn't going anywhere and there was a lot more to come from the veteran politician.

The former chief strategist of the main opposition party did not keep them waiting for long. In less than a month she registered a political party with the Election Commission (EC).

The new political outfit, known as "Thai Srang Thai" (National Building Party), is expected to be unveiled after it is endorsed by the poll agency.

According to political observers, the move means Khunying Sudarat will remain front and centre in the political realm for years to come. The big question now is whether the new party can pose a serious challenge to Pheu Thai that saw several defections before the 2019 general election.

Other Pheu Thai stalwarts -- Pokin Polakul, Watana Muangsook and Pongsakorn Annanopporn, who were not MPs -- also quit along with her.

These veterans are highly likely to reunite with her at the "Thai Srang Thai" Party with speculation that more of her party allies, including party MPs, will join her when the time is right.

Several political observers believe Khunying Sudarat has what it takes to lead this new party and position herself as a leading contender for the prime ministerial post.

In the Pheu Thai Party, she was considered one of the most influential figures after the Shinawatra siblings. The 59-year-old is one of former prime minister Thaksin Shinawatra's most-trusted aides, holding several key cabinet posts when the Thai Rak Thai (TRT) Party came to power.

She was forced to take a five-year break when the TRT was disbanded in 2007 but when she finally made a return to politics with Pheu Thai, Khunying Sudarat was appointed the party's chief strategist and named as one of its candidates for the premiership.

Khunying Sudarat is based in Bangkok and is known to command a swath of support from Pheu Thai politicians in the capital.

But she is reportedly expanding her base outside of Bangkok -- her new party is thought to be setting its sights on winning big in the Northeast in the next general election.

Several Pheu Thai MPs in the region are said to be impressed by her audacity in standing up to the "phu yai", or more senior members in Pheu Thai, on certain matters.

The observers said that Khunying Sudarat had given the phu yai a piece of her mind but rarely stirred up discontent in Pheu Thai.

In a recent survey conducted by E-Saan Poll, Khunying Sudarat was named No.1 politician of 2020, surpassing Thanathorn Juangroongruangkit, leader of the Progressive Movement, and Prime Minister Prayut Chan-o-cha. So it appears she has apparently made her presence felt outside her turf in the capital, according to political observers.

Moreover, her family is no stranger to the region: Khunying Sudarat's late father, Sompol, was a former MP from Nakhon Ratchasima and it would not be difficult for her to build on his political work and establish a foothold in the Northeast.

A source close to Khunying Sudarat said the "Thai Srang Thai" Party may be renamed something more "catchy" once it is officially launched and formalised by the Election Commission.

For the time being, though, the veteran politician is out and about meeting people and lending her ear to their tales of woe and hardship which have largely been caused by the ongoing Covid-19 pandemic.