Curbs lifted for 13 types of businesses

City Hall on Thursday resolved to ease Covid-19 restrictions on 13 types of establishments, starting from Friday, after the outbreak situation in Bangkok improved, said Pongsakorn Kwanmuang, spokesman for the Bangkok Metropolitan Administration. 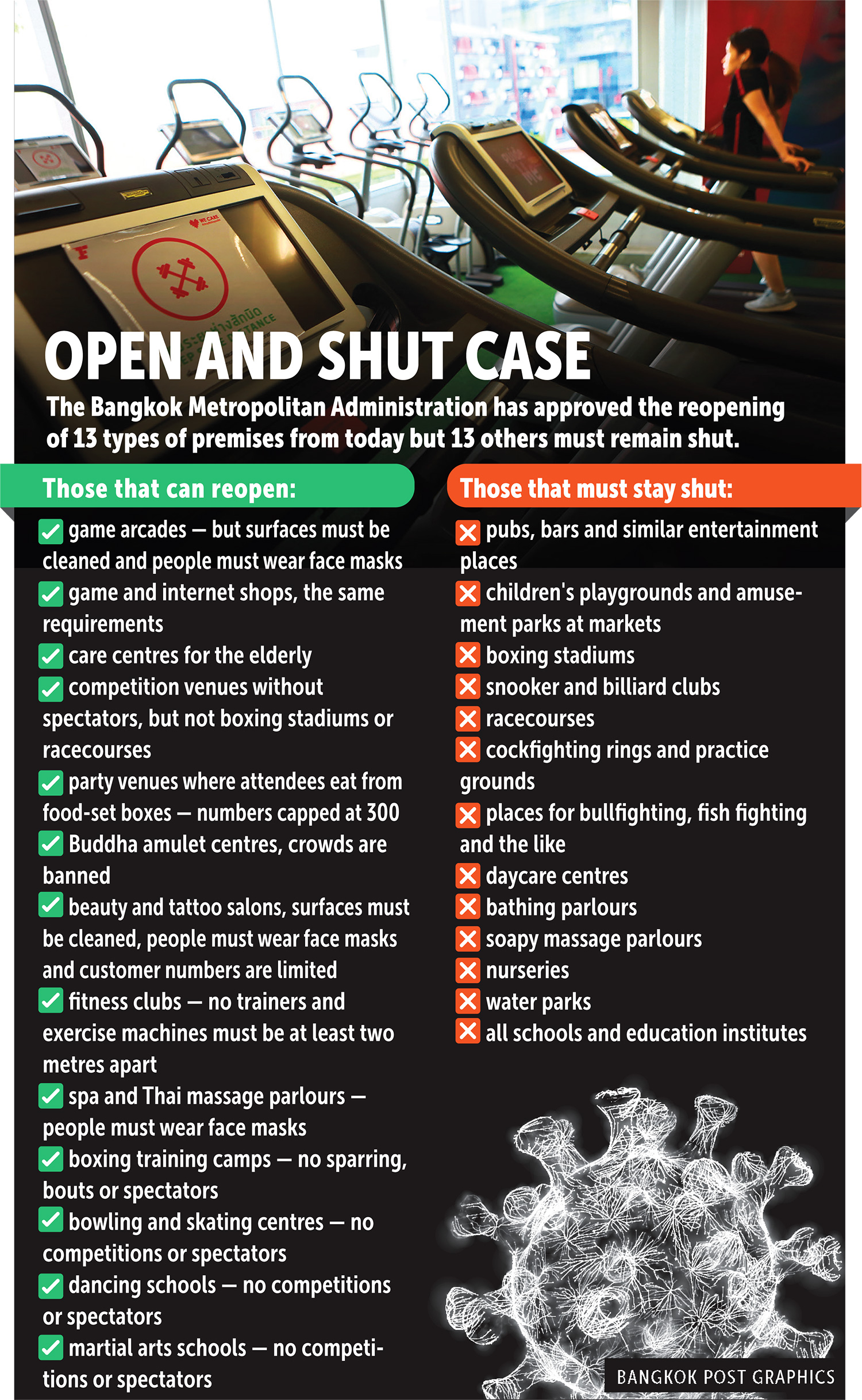 Mr Pongsakorn was speaking after a meeting held by Bangkok's disease control committee.

However, pubs, entertainment venues, playgrounds, boxing stadiums and racecourses and soapy massage parlours will still be closed, and some restrictions still apply at sports clubs, kickboxing gyms and dance studios.

As for the reopening of schools in Bangkok, Pol Capt Pongsakorn said the BMA is still waiting for the Centre for Covid-19 Situation Administration (CCSA) to decide on the matter.

Dr Wichan Pawan, director of the Institute for Urban Disease Control and Prevention, said the number of new Covid-19 cases in Bangkok tends to fluctuate like that of other provinces.

However, strict Covid-19 monitoring and prompt responses to suspected infections will remain, he said.

The BMA is now conducting random saliva tests in five districts in Bangkok and expects to expand the initiative to cover the entire capital by Feb 12, he said.

The government on Thursday reported 142 new Covid-19 cases, including 125 local and 17 imported infections, raising the nationwide total to 12,795.

CCSA spokesman Taweesilp Visanuyothin said of the 125 newly discovered local cases, 88 were confirmed through the conventional health system, and 37 were detected via active case-finding in communities.

The 88 patients, who went to hospitals themselves, included 63 in Samut Sakhon and 14 in Bangkok, he said, noting the figures for Bangkok excluded a well-known DJ's case.