A truck is stopped for a search at a security checkpoint in the border district of Sangkhla Buri in Kanchanaburi on Saturday. The signpost asks all vehicles to stop at the Rantee bridge checkpoint for a search. (Photo by Piyarat Chongcharoen)

KANCHANABURI: Security officers have been ordered to strictly check all types of vehicles at all security checkpoints in three border districts following the arrests of three Thais driving personal vehicles to bring in illegal migrants on Friday. All were linked.

It followed the arrests of three Thai drivers and seven illegal migrants from Myanmar at two security checkpoints in Thong Pha Phum and Sangkhla Buri on Friday.

An investigation into the three suspects showed the trio were linked. They had known one another and smuggled illegal migrant workers into the country for a long time, investigators said.

The smugglers had used personal vehicles to bring in a few illegal workers at a time, instead of using vans or trucks carrying many people, to mislead officials into believing that they had taken family members to travel somewhere, a source said.

Ms Sasiphen was driving a car carrying four migrants the she was stopped in Thong Pha Phum on Friday. Mr Prawit and Ms Atchara were caught at a checkpoint in Sangkhla Buri on the same day following a search of their two Toyota Fortuner vehicles, one with two illegal migrant workers and the other with one.

During subsequent interrogation, all of the suspects confessed to having been hired for 14,000 baht each to smuggle the migrant workers.

Smuggling of illegal migrant workers from Myanmar, where nearly 140,000 Covid-19 cases have been reported, has been blamed for setting off a second wave of infections in Thailand, which has seen its cumulative caseload more than triple to 13,302 over the past five weeks.

Smuggling gangs in Kanchanaburi and other border provinces have long been aided and abetted by corrupt police, military figures and local officials who look the other way. But the Covid crisis has forced the government of Gen Prayut Chan-o-cha to admit the country has a serious problem that must be dealt with. 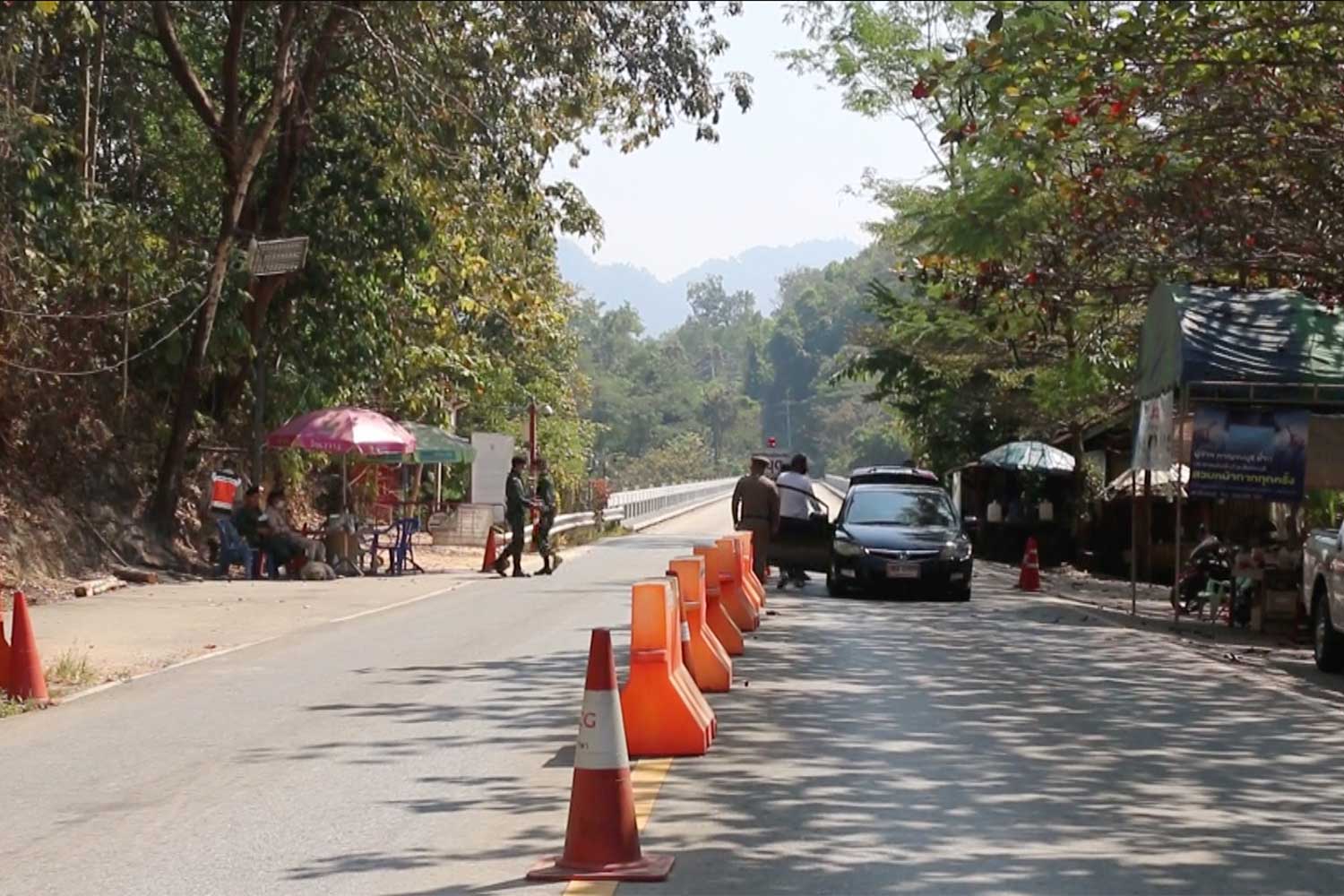 Soldiers manning a checkpoint in Sangkhla Buri district of Kanchanaburi stop a car for a search on Saturday. (Photo by Piyarat Chongcharoen)

Facebook has taken down 185 accounts and groups engaged in an information-influencing operation in southern Thailand run by the Internal Security Operations Command.