A trailer truck with a load of gypsum ploughed into a roadside car tyre shop after ramming two pickups and seven motorcycles at the scene of a previous accident in Surat Thani's Muang district on Tuesday. (Photo by Supapong Chaolan)

SURAT THANI: A trailer truck wih a load of gypsum crashed into nine vehicles at the scene of a previous accident, seriously injuring a traffic policeman, in Muang district on Tuesday morning.

The accident occurred around 9am on inbound Surat-Nasarn Road, said Pol Lt Cl Prasit Kaewkim, a duty-officer at Khun Thalae.

The trailer truck, with Surat Thani licence plates, eventually came to a halt inside a roadside shop selling car tyres.

A lottery vendor was also injured and taken to hospital. 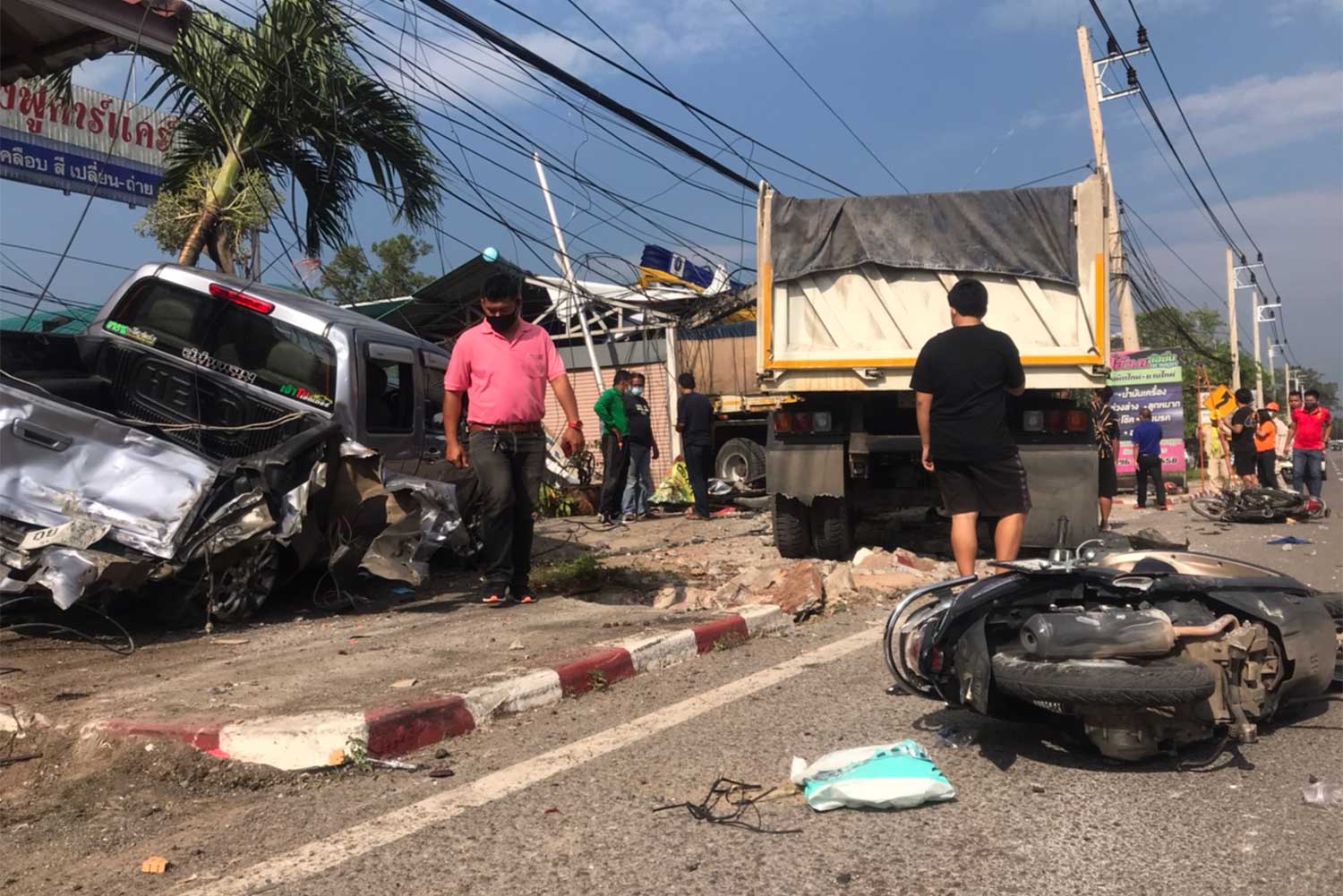 Police and rescue workers at the scene of the crash involving a trailer truck in Muang district, Surat Thani, on Tuesday morning. (Photo by Supapong Chaolan)

Police said there had already been another crash at the same place, involving motorcycles. Two people with minor injuries were being treated by rescue workers.

The trailer truck crashed into the other vehicles at the scene. The rescue workers and Pol Snr Sgt Maj Arun jumped away just in time to escape injury. Pol Snr Sgt Maj Theerachai was not so fortunate and was hit by the truck, which then ploughed into the tyre shop.

Mr Kittipong told police his brakes developed a problem. He was being held pending formal charges. 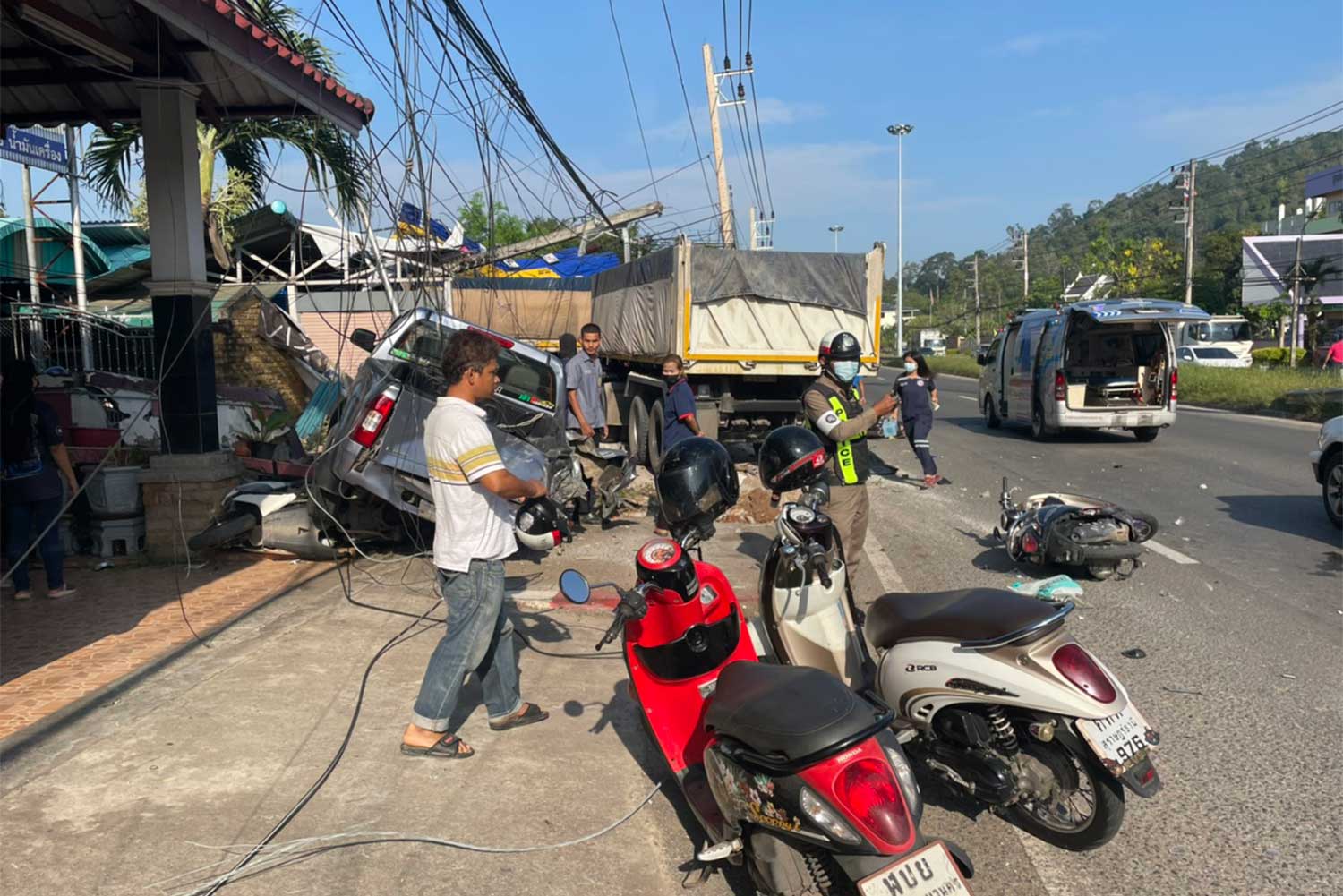 Whale chorus reveals how climate change may be shifting migration

TOKYO: Eerie wails, explosive trumpets and ghostly moans. The sounds from the underwater recorders had a story to tell, even without a single intelligible word: the whales had stayed put.

The eight contenders for the best picture Oscar

LOS ANGELES: In a year that saw movie theaters boarded up due to Covid-19, eight new films that did reach our screens impressed Academy voters enough that they are in contention for Hollywood's biggest award -- the Oscar for best picture.

Stepan Talabira Talks about His Goals and Future expansion Plans