Four crewman from the Vietnamese trawler caught fishing illegally off Narathiwat are brought to shore on Tuesday following a chase by a Navy patrol boat on Monday night. (Photo supplied/Waedao Harai)

They attempted the flee and the patrol boat gave chase and fired warning shots. They did not stop.

A second warning burst was fired, but the trawlers only increased speed, Capt Thattham said.

The patrol boat kept chasing the rearmost vessel. Around 11.30pm, smoke was seen coming from the vessel's engine room and it stopped. All four crewmen jumped into the sea.

The crew were rescued and taken to Narathiwat pier in Muang district for interrogation on Tuesday morning. The trawler was seized.

They were then taken to Muang district police and faced charges of colluding to fish for commercial purposes without permission, fishing illegally in Thai waters, and entering the country illegally.

Health officials checked the crew's temperatures and took samples for Covid-19 screening.  Their temperaturs were normal. 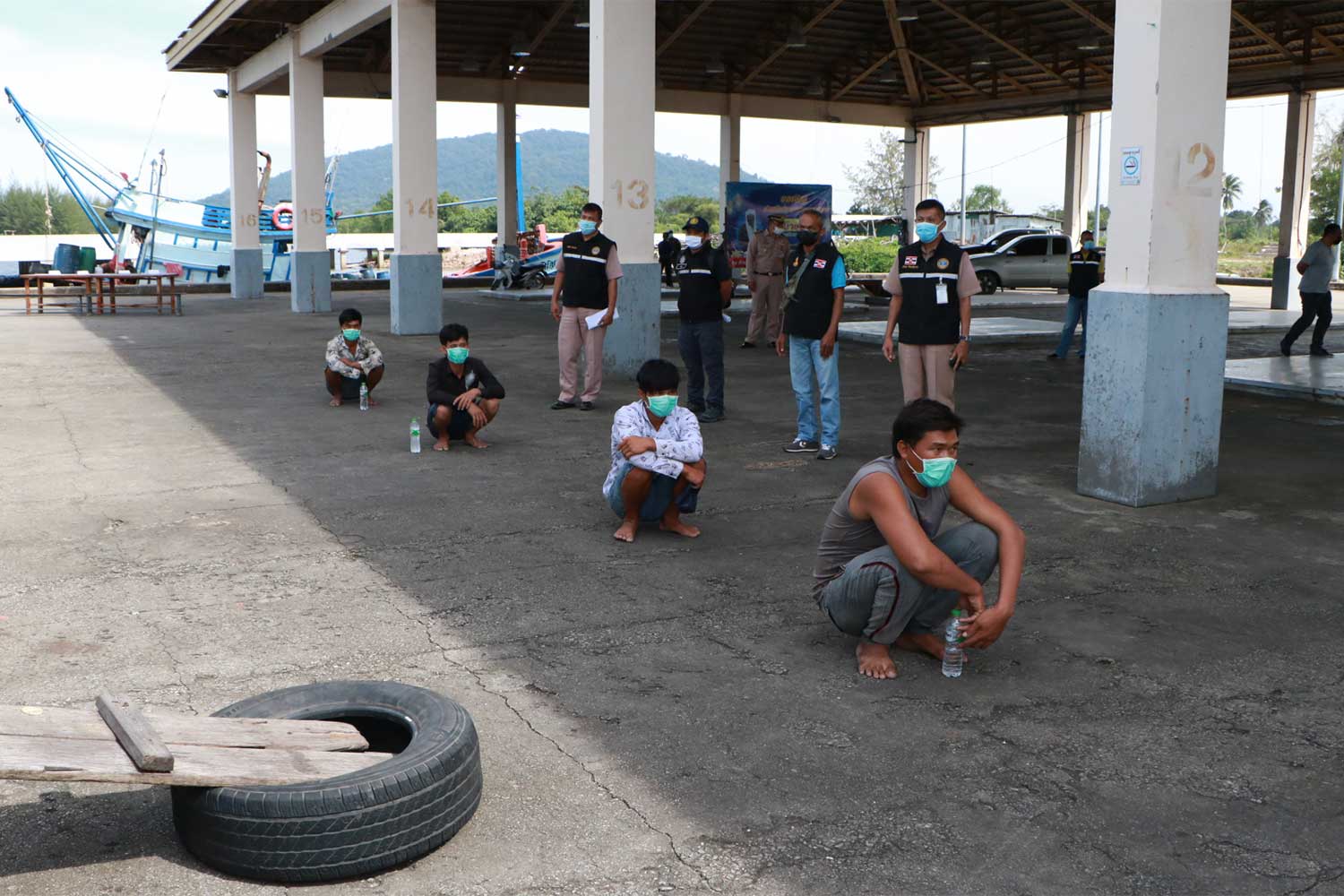