More than 800 hotels, restaurants and shops have been accused of defrauding the popular Rao Tiew Duay Kan ("We Travel Together) co-payment scheme, according to police.

The Rao Tiew Duay Kan scheme allows struggling businesses in the tourism sector to receive government subsidies amid the coronavirus pandemic. The programme was meant to stimulate local tourism. About 3.5 million people registered to participate in the scheme when it was launched in July.

The Crime Suppression Division (CSD) announced on Thursday the police expanded an investigation into allegations of fraud.

The announcement came after the Royal Thai Police disclosed on Wednesday that at least 800 people were hired to abuse the co-payment scheme in Phuket alone and 50 people were arrested for defrauding the programme in other provinces. 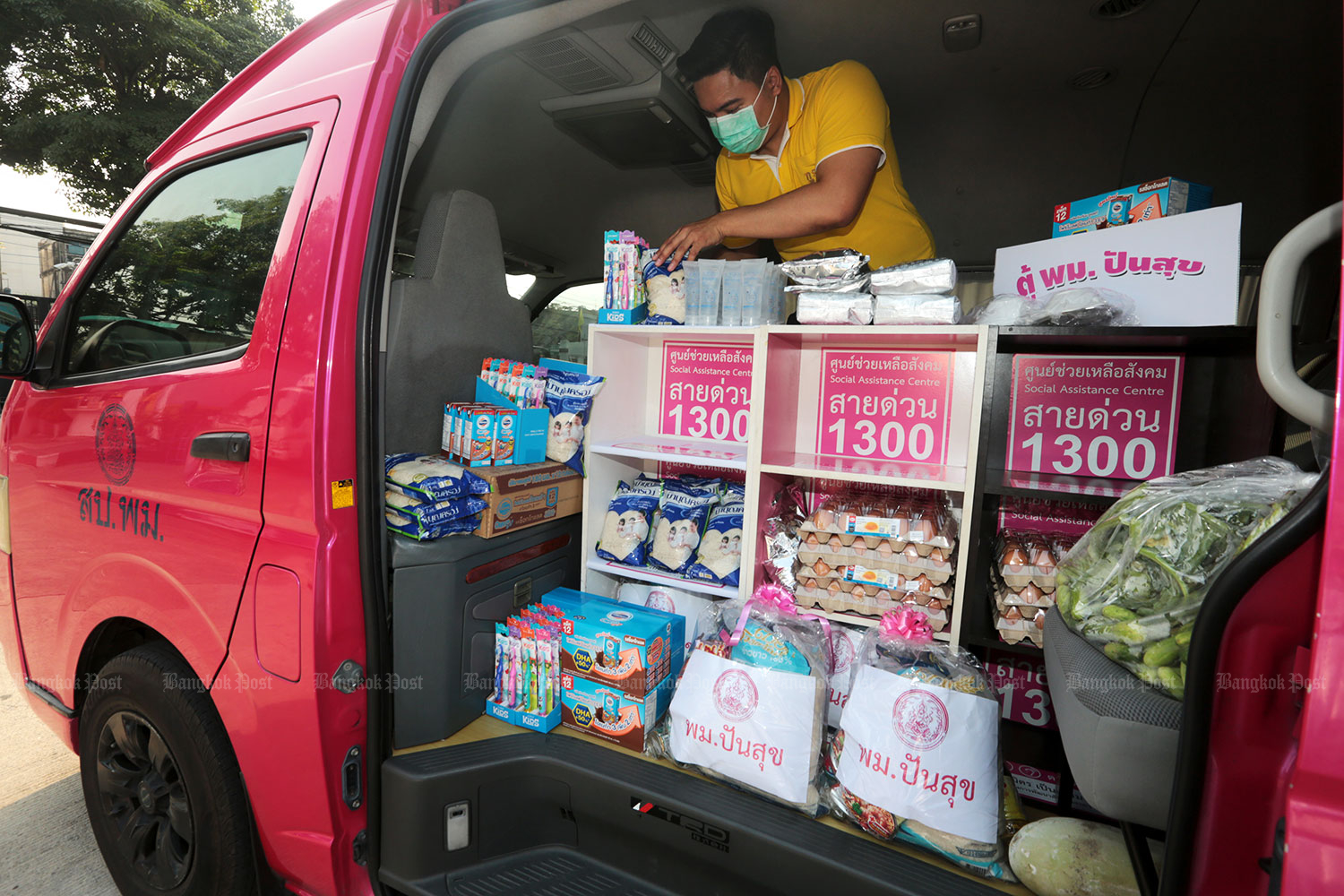 Mobile supplies on the way: An official checks basic supplies onboard a ‘mobile pantry’ operated by the Ministry of Social Development and Human Security. The vans send food donations and other items to communities battered by the Covid-19 pandemic. (Photo by Chanat Katanyu)

Police said a vast number of people also abused the programme, with some of them having sold their rights to claim discounts on hotel rooms and goods to fraudsters.

Under the programme, the government subsidies 40% of regular room rates, while tourists pay for the rest. The subsidy was initially capped at 3,000 baht per night for up to five consecutive nights, but it was expanded to 10 nights.

The government also pays 40% of the price of air tickets for up to a maximum of 3,000 baht per person.

Each tourist also receives an e-voucher for other spending valued at 600 baht from Friday to Sunday and 900 baht from Monday to Thursday under the scheme.

On Thursday, Pol Col Anek said those who conspired in the fraud would be prosecuted. The fraud was orchestrated through various forms, from people being paid to apply for the programme for someone else, hotels accessing the scheme despite still being closed, to misuse of e-vouchers.

Pol Col Anek said the police were running checks on bank accounts belonging to tourism business owners suspected of colluding in the fraud. A freeze was ordered for 100 accounts.

He added most of the fraud cases were not linked. Each acted independently, devising their own tactics in exploiting loopholes, he said.

The deputy commander said the suspects arrested so far have been charged with conspiring to cheat, cheating by using other people's identities, using others' electronic cards with the intent to commit fraud and importing false information into a computer system causing economic damage to the country. A total of 50 people have been arrested, but most were released on bail, he said.