Three drug gang suspects have been arrested in Saraburi and Phetchabun provinces, and three vehicles used to convoy drugs and about 2 million methamphetamine pills seized.

Police seized 2.1 million meth pills, a pickup truck used to carry the drugs and two other vehicles, a BMW and a pickup, used for scouting ahead along the smugglers' route.

Three mobile phones, a 9mm pistol and two bank accounts were also seized from them.

The arrests were made on Sunday in two operations - at an intersection opposite a petrol station in Phra Phutthabat district, Saraburi, and at a house in Muang district of Phetchabun, Pol Lt Gen Phukphong.

The arrests followed information gleaned from earlier arrests in other major cases in Bangkok.

Investigators learned that a consignment of drugs woud be smuggled into the country through the northeastern province of Loei for delivery to dealers in Bangkok and other central provinces. The gang used the Nong Khai-Khon Kaen-Chaiyaphum-Phetchabun-Saraburi route, the MPB chief said. (continues below) 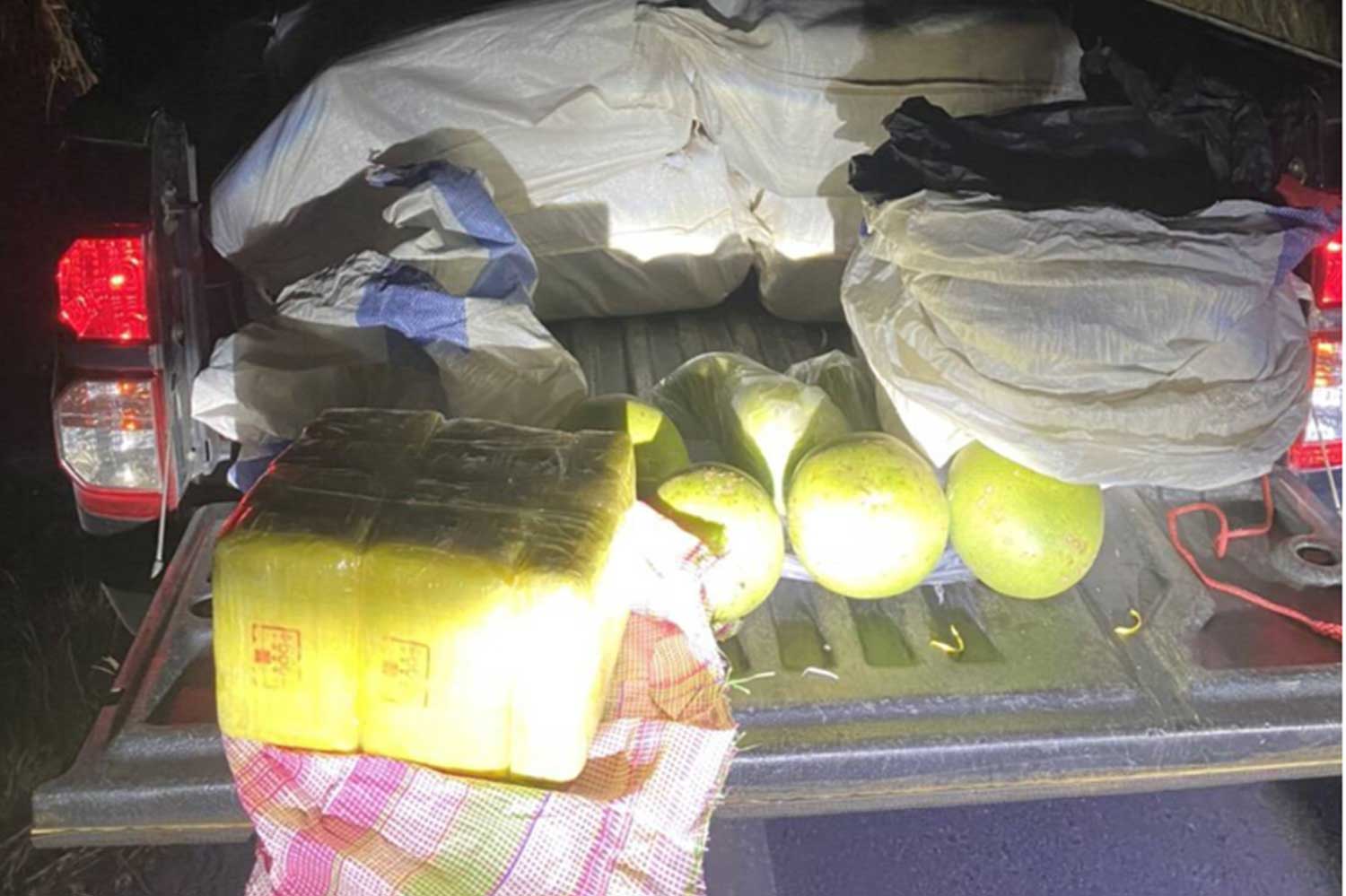 Investigators had closely monitored the gang's movements, which led the arrest of the three suspects on Dec 31.

A fourth member of the gang had managed to flee, and would be caught, he said.

The three suspects admitted having transported drugs on several occasions and been paid 50,000-70,000 baht each time.

Police charged them with colluding in having illicit drugs in their possession with intent to sell. Mr Thanin faces additional charges of having an unlicensed  firearm in his possession and carrying it illegally in public.