Former police officer Phayak Ounseechan, wearing a face shield, is brought to Khon Kaen on Friday after his arrest in Loei in connection with a murder committed 10 years ago in Songkhla. (Photo: Chakrapan Nathanri)

A former police officer accused of shooting his girlfriend to death in Songkhla province and setting her body on fire has been arrested in Loei after nearly 10 years on the run.

Phayak Ounseechan, 54, a native of Yala province, was wanted on an arrest warrant issued by the Songkhla Provincial Court on Dec 13, 2012 for premeditated murder, concealment or destroying a body and carrying firearms in public, said Pol Lt Gen Yanyong Vej-osoth, commissioner of Provincial Police Region 4 in Khon Kaen.

The suspect, who was a senior sergeant-major attached to Provincial Police Region 9 in 2011, had been dating Wichuda Thongsaneh, 22, a nursing assistant at Kantang Hospital in Trang province, Pol Lt Gen Yanyong told reporters on Friday.

Mr Phayak reportedly became jealous as he feared the woman would betray him. He asked two aides — Songkhla natives Mudtaleb Leemad, 28, and Thawatchai Binyamae, 31 — to abduct Wichuda and take her to a rubber plantation in Ratthaphum district of Songkhla, where he shot her to death. He then used old car tyres and set them on fire to burn the body.

After the murder, the trio left the area and led normal lives as if nothing had happened. Police investigators finally tracked down Mr Mudtaleb and Mr Thawatchai a few months later. After their arrest on Aug 24, 2012, they implicated the officer as the person who had killed the woman, according to Naewna Online. By that time, the officer had fled to Laos, said Pol Lt Gen Yanyong.

The suspect later returned to Thailand to work at a rubber plantation in Loei, where he was caught this week.

The Provincial Police Region 4 chief said teams of officers were continuing to track down other crime suspects believed to be in the Northeast and wanted on warrants in connection with crimes committed elsewhere in the country. 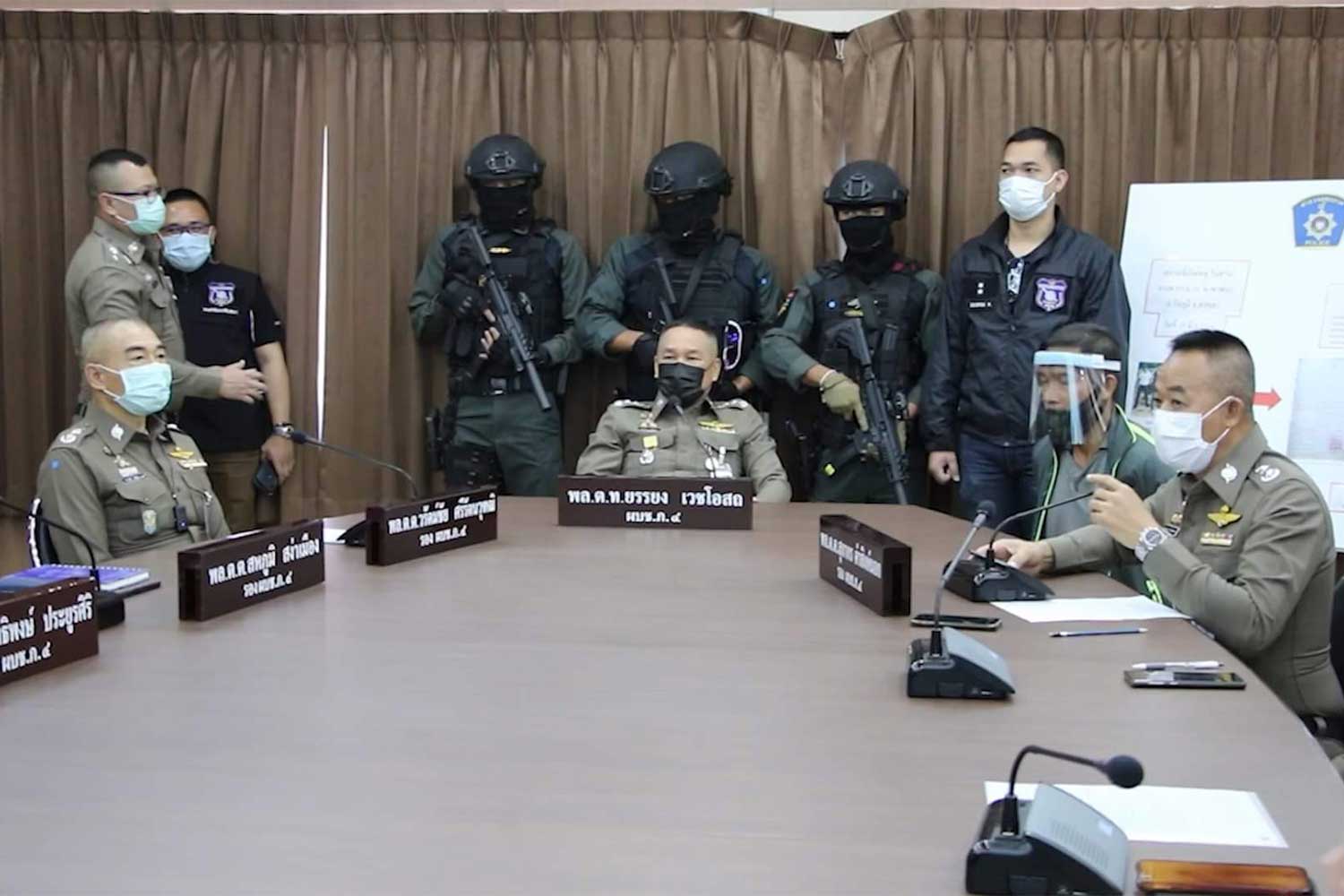