The newly-appointed director-general of the Department of Corrections, Ayuth Sintoppant, is a classic example of what Thais call a luk mor -- a staff member who has worked at the same place for a very long time, and as such, is deeply familiar with the depth and breadth of his organisation and its work.

Having worked in the Department of Corrections for several decades, Mr Ayuth said he has witnessed the transformation of Thailand's prison system.

"When I started my career, there were no women's prisons, so women convicts had to be held at the prison which is now Romaneenart Park," said Mr Ayuth, as he recalled the first place where he worked after he graduated from university.

The new director-general began his career as a C-1 ranking official working at the old Bangkok Remand Prison. Before he started there, he obtained a bachelor's degree in law from Dhurakij Pundit University. He later obtained a master's degree and a doctorate in criminology and justice and social administration from Mahidol University. (continues below) 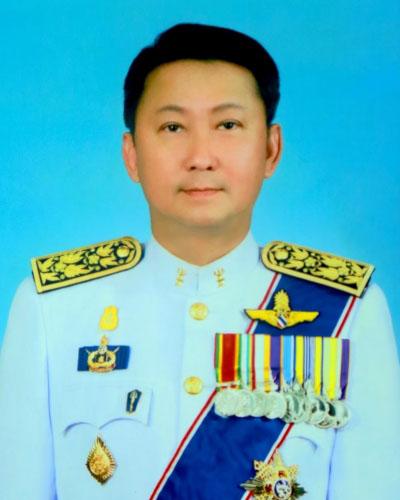 When Mr Ayuth first started off, he worked at Zone 8, the section of the prison reserved for women inmates. The old Bangkok Remand Prison, on Mahachai Road in Phra Nakhon district, was constructed on a plot of land that had been donated by King Rama V specifically for the construction of a new prison in the capital city.

Mr Ayuth then rose through ranks to become the department's director for strategy and planning division, and then became a specialist in developing the penological system and supervised the rehabilitation of prisoners prior to their release.

He then became commander of Bang Kwang Central Prison, before he became head of Bangkok Remand Prison. Mr Ayuth was a Justice Ministry inspector-general before he assumed the department's top post last year.

On Oct 13, 1915, under the reign of King Rama VI, the Department of Corrections was established.

"In the past, prisons were built in the Thai-style -- some of which, such as the one in Phuket and Prachin Buri, are more than 100 years old now," Mr Ayuth said.

"Under my tenure, I want Thailand to have more prisons which meet international standards. We are also doing all we can to upgrade our prison management standards."

The director-general said there have been steady improvements to the Thai corrections systems over the years.

The department, he said, is following the United Nations Standard Minimum Rules for the Treatment of Prisoners, also known as the Nelson Mandela Rules, in constructing and managing prisons and their related facilities.

"Prisons are not only for punishing [criminals]," he said.

At present, there are 143 prisons nationwide, housing around 320,000 inmates. It costs the government 54 baht a day to feed one prisoner, he said.

The department, Mr Ayuth added, will be putting more effort and resources on inmates' healthcare and welfare.

"I'm trying to build on my predecessors' legacies. Next we will have a prison hospital built along Ngam Wong Wan Road," he said, adding the environmental impact assessment for the 150-bed facility is currently underway.

Once completed, the hospital will provide treatments and services not just to general inmates, but also Justice Ministry officials, he said.

Another issue that Mr Ayuth wished to sort out under his tenure is the lack of sleeping space for inmates, due to prison overcrowding.

While several measures have been rolled out to address overcrowding in prisons -- such as fitting inmates due for immediate release with electronic tracking bracelets -- there is still a need to build new prisons in Thailand, especially smaller, low-security prisons.

To meet this goal, the government has allocated a budget to construct two new prisons, a 1,500-inmate facility in Roi Et and another in Nakhon Sawan, which could house 1,000 prisoners, he said.

As there are about 29,000 prisoners with known mental illnesses, the department is also planning to build correctional facilities specifically to host inmates with psychological disorders, the director-general added.

The department is also focusing on preparing inmates for life after prison, so several projects, such as the "Khok Nong Na" farming initiative, are currently underway.

Khok Nong Na is an agricultural model based on the New Theory of Agriculture and the Sufficiency Economy philosophy made known by His Majesty King Bhumibol Adulyadej The Great.

Also, the department recently signed a memorandum of understanding (MoU) with the Industrial Estate Authority of Thailand (IEAT) to set up a so-called "correctional industrial estate" -- a special industrial zone that will provide vocational job training and employment to prison inmates prior to their release.

The MoU was the result of a pilot project between Ban Bueng temporary prison in Chon Buri and the private sector, in which about 400 inmates who were about to finish their sentences were hired to manufacture bicycles and wooden pallets.

The inmates were paid daily minimum wages and were allowed to continue working at the factories after their release, said Mr Ayuth.