The National Office of Buddhism (NoB) will submit a letter to American clothing brand Supreme to protest against its use of an image of late monk Luang Phor Koon Parisutho in its 2021 Spring/Summer collection. 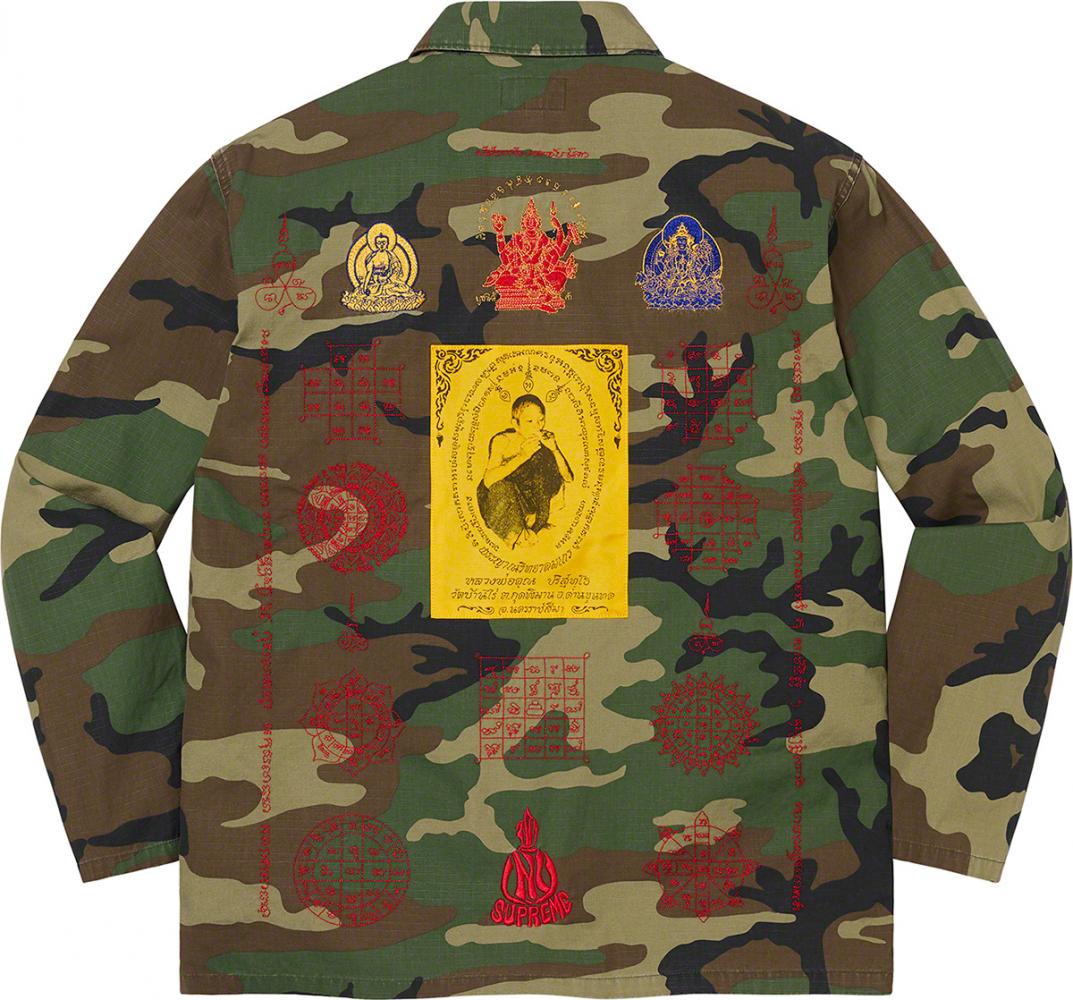 It has sprung into action following the release of a preview of Supreme's Blessings Ripstop Shirts, which feature the well-known image of the revered monk of Wat Ban Rai in Nakhon Ratchasima's Dan Khun Thod district.

The image, which appears on the back of the shirts, is of the monk squatting and smoking. The shirts also feature several "yant" prints.

Luang Phor Koon died in 2015 and his body was at Khon Kaen University, where he donated it for medical students to study. Thousands of worshippers attended his royally-sponsored cremation in Khon Kaen in January 2019.

Sipboworn Kaewngam, an inspector and spokesman at the NoB, said he had brought the issue to the attention of NoB director Narong Song-arom and the office will send a letter to Supreme to explain how it is inappropriate to use the late monk's image on its clothes. He said the Digital Economy and Society (DES) Ministry will also be asked to investigate after the preview of Blessings Ripstop Shirts was shared online.

The NoB office in Nakhon Ratchasima will also check with Wat Ban Rai if the clothing brand has asked for permission to use the late monk's image.

Tawatchai Saenprasit, a temple official at Wat Ban Rai, said yesterday the temple's committee was never contacted by the clothing brand and said the company should have asked for permission.

"The temple committee will discuss the issue and find out what the brand's purpose is," he said.

Pratheep "Khru Dam" Wongkanchanarat, a close relative of the late monk, said he has not seen a preview of the collection yet, but from the description he has heard the photo must have been taken by Phuyai Daeng, his relative who died several years ago.

He said the picture, one of the most popular of Luang Phor Koon, was taken around 2002-2003 with the monk's permission. It was sold to raise funds for the temple. He said Wat Ban Rai has not produced T-shirts with the picture of Luang Phor Koon for years out of concern they will end up in an inappropriate place when they are worn-out. However, the preview of the Blessings Ripstop Shirts has reportedly caused excitement among Thai customers.