Tonnes of used rubber gloves found being washed for resale

Police examine used gloves which were washed and ready for packing for resale, at a warehouse in Lat Lum Kaeo district, Pathum Thani province, on Wednesday. About 37 tonnes of gloves were seized, worth about 6 million baht. (Photo supplied/Wassayos Ngamkham)

PATHUM THANI: About 37 tonnes of used rubber gloves being washed and packed for resale were seized and a woman arrested when police raided a warehouse in Lat Lum Kaeo district.

A team from the Consumer Protection Police Division, armed with a search warrant issued by Pathum Thani Provincial Court, searched the warehouse in Lat Lum Kaeo on Wednesday.

They were following up information that used rubber gloves were being washed and sorted at the warehouse before being boxed for resale, division commander Pol Maj Gen Natthasak Chaovanasai said on Thursday.

A woman, Wanida Srichampa, 53, was on the premises and said she was the caretaker. She assisted with the search, he said.

They found piles of used rubber gloves in the building. Many were stuffed in fertiliser sacks. There were also used gloves that had been washed and were ready for packing in boxes.

All were seized. The total value was estimated at 6 million baht.

She alleged he had brought the gloves there for sorting and washing, to be sold as new gloves, he said.

Ms Wanida was held in police custody for legal action.

Pol Maj Gen Natthasak said investigators would bring in the other people allegedly involved for questioning. They could face charges under the Consumer Protection Act. 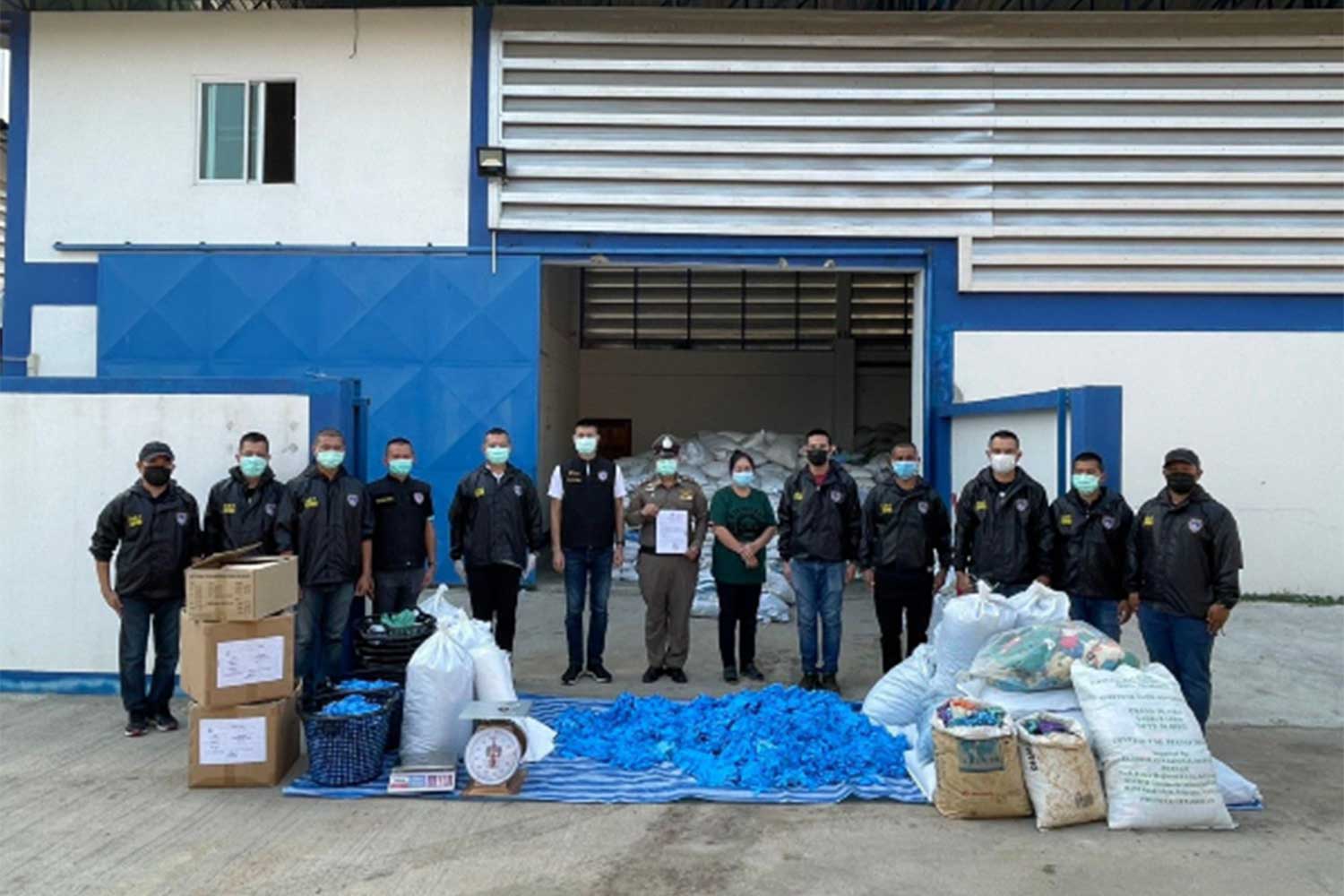