Jakkrawut Yimphat, 26, a national park employee, face mask under his chin, is taken from his house in Surat Thani by police commandos. He is charged with fooling a 16-year-old girl to pose nude for videos, and then extorting her. (Photo supplied/Wassayos Ngamkham)

A national park employee is accused of posing as a model agent, persuading a naive teenage girl to pose nude and then extorting money from her by threatening to make the videos public on social media

The arrest followed a complaint by a 16-year-old girl that she had been tricked into posing nude for videos.

The girl told police that a man claiming to be a modelling agent had approached her via Facebook. He persuaded her to pose nude for videos using her Facebook account, with a promise to pay her 200,000 baht.

And instead of giving her the promised payment, the man demanded money from her. If she refused to pay, he said he would post the nude videos online, Pol Maj Gen Phumin said.

The girl told police she had no choice but to sell her body for sex to earn quick cash to give him money. And he kept demanding more money. She could tolerate it no longer and decided to seek help from police.

Police computer sleuths tracked down the culprit. The suspect was Mr Jakkrawut, an employee at a national park. He also had the job of training girl scouts who came to camp at the national park where he worked.

According to Pol Maj Gen Phumin, Mr Jakkrawut confessed to the charges. He was handed over to Muang police station in Ratchaburi province for legal action. 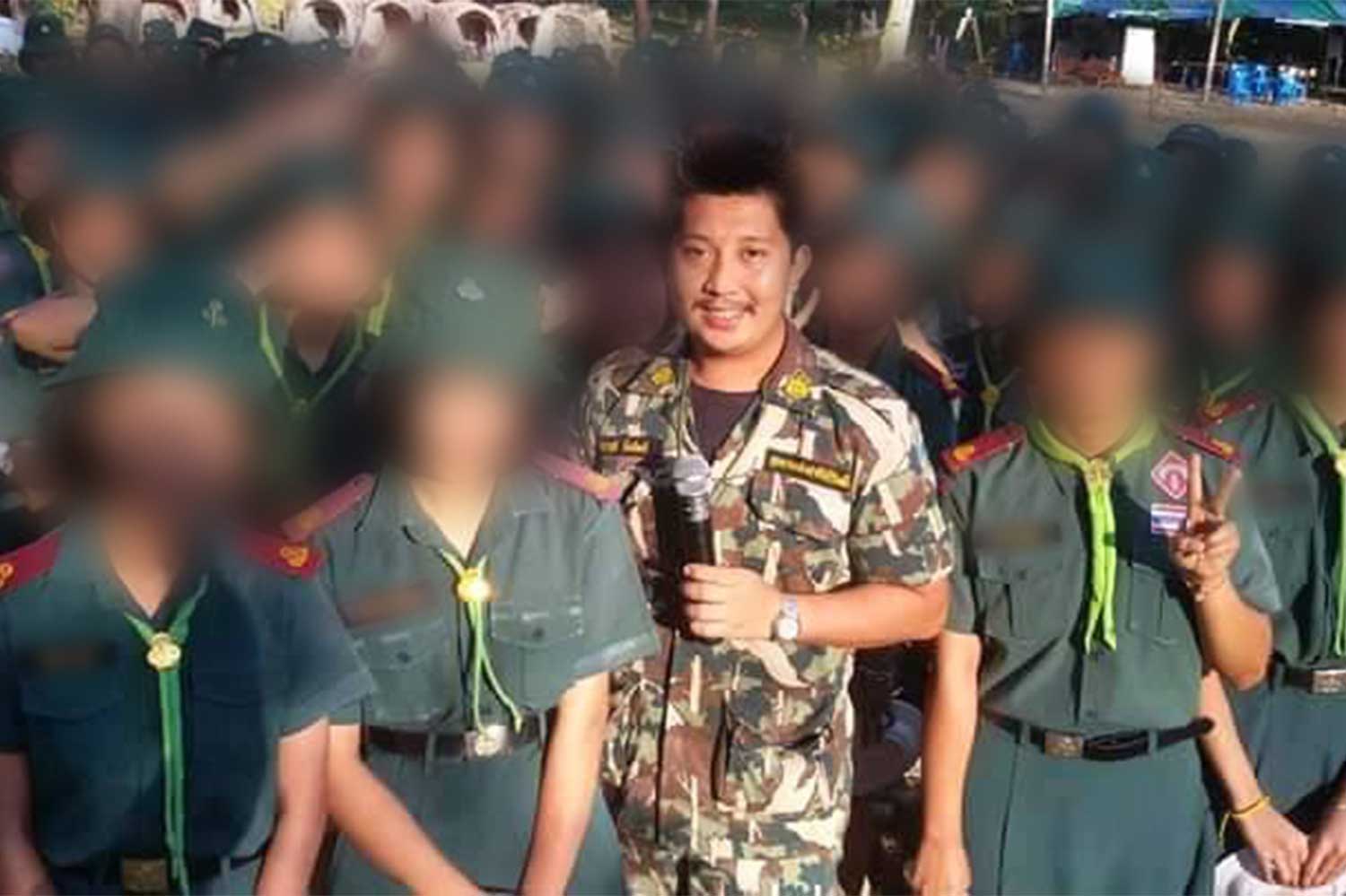