National police chief Pol Gen Suwat Jangyodsuk, centre, announces the seizure of firearms and a large amount of ammunition and the arrest of a Chinese man, 37, following a raid on a condominium room in Bang Phli district, Samut Prakan, on Thursday. (Photo: Sutthiwit Chayutworakan)

The arrest was made by officers from the technology crime division, Bang Kaew police and immigration, with a warrant from the Samut Prakan Provincial Court.

They searched a room at Nouvelle Condominum 9 Thana City on Bang-Na-Trat Road in tambon Bang Chalong  on Thursday afternoon .

They were acting on information that a Chinese national using the Instagram account  “dewaffen’’ was selling weapons online and kept firearms in his room.

The search found Wu Qiang, 37, a Chinese man, inside the room, along with  nine assault rifles, two grenades, about 12,000 rounds of ammunition in clips, and accessories, along with a small amount of crystal methamphetamine and user's gear, said Pol Lt Gen Kornchai Khlaikhlueng, the technology crime suppression commander who led the raid.

National police chief Pol Gen Suwat Jangyodsuk went to inspect the room and the seized weapons.  The investigation was being extended. 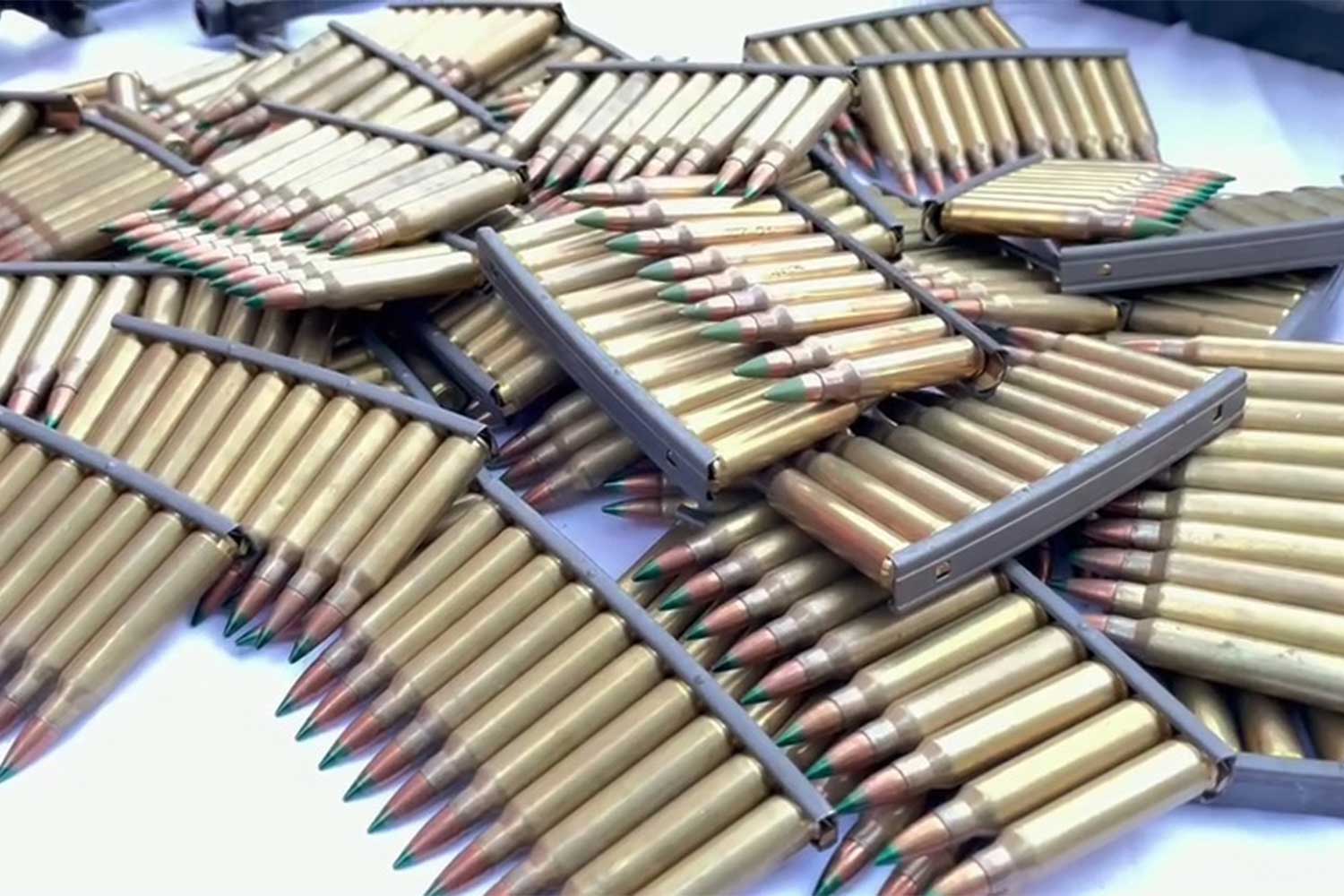 Some of the more than 12,000 rounds of ammunition found in the Chinese suspect's room. (Photo: Sutthiwit Chayutworakan) 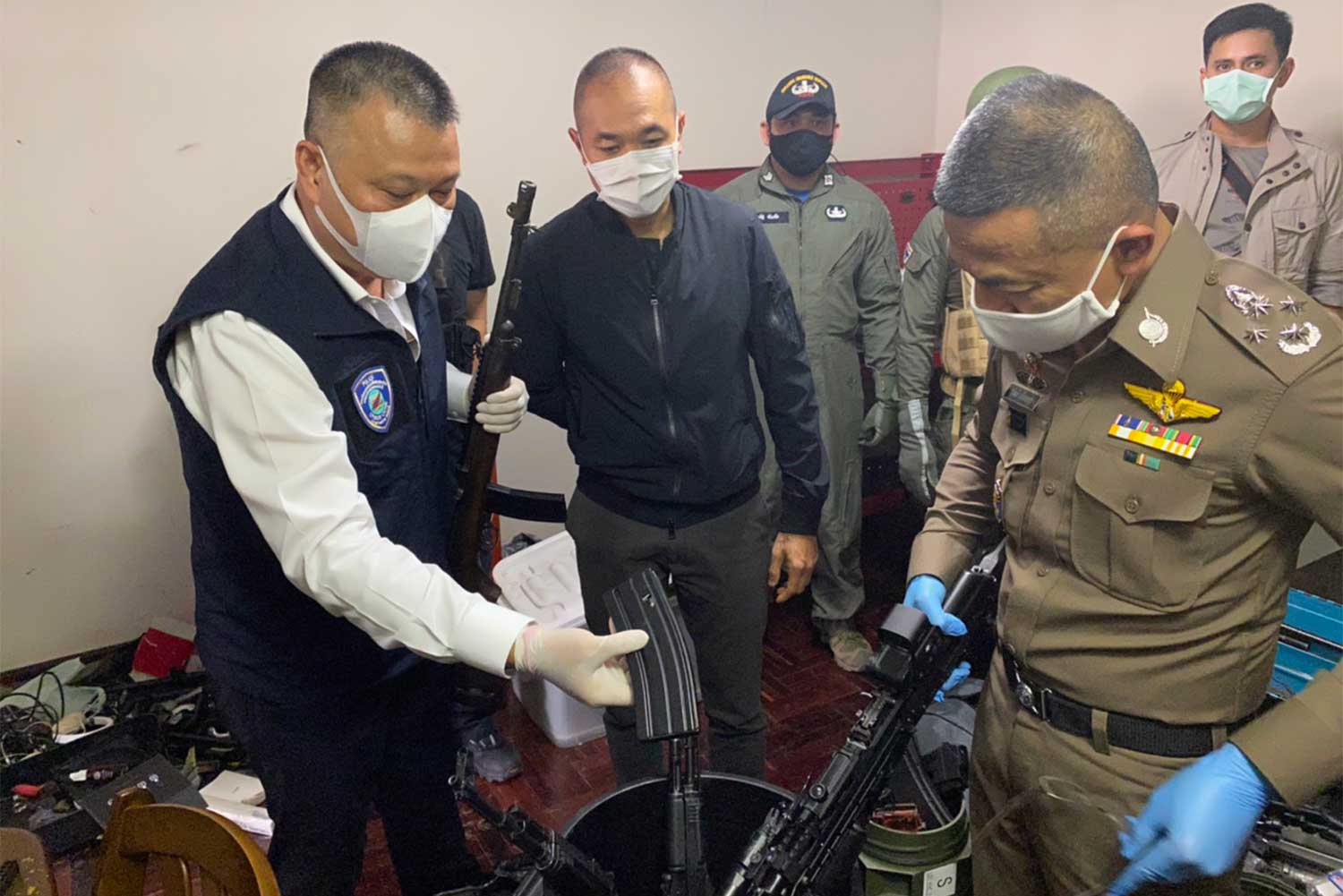