Chaiwat hits back at PACC over Kaeng Krachan burning

Former Kaeng Krachan National Park chief Chaiwat Limlikit-aksorn says the PACC may have a hidden motive for trying to force him out of the civil service. (Bangkok Post file photo)

A former Kaeng Krachan National Park chief has broken his silence after the Public Sector Anti-Corruption Commission (PACC) moved to ban him from the civil service for allegedly leading other officials to burn the houses of Karen villagers a decade ago.

Chaiwat Limlikit-aksorn on Friday wrote an open letter denying the allegation and accusing the anti-graft agency for senior civil servants of making the decision based purely on paper evidence without going out to check facts on the ground.

“Do not believe only in the papers given to you,” Mr Chaiwat wrote.

The official also questioned whether the agency might have a hidden motive in pushing to end his bureaucratic career.

The PACC board has agreed to recommend the dismissal of Mr Chaiwat and five other park officials for burning the houses of about 100 Karen residents at Ban Bang Kloi, deep inside the park in Kaeng Krachan district of Phetchaburi, in 2011.

The PACC reportedly will also forward the case to public prosecutors for legal action.

Mr Chaiwat was the Kaeng Krachan park chief at the time of the incident in 2011. He is currently the director of Protected Areas Regional Office 9 in Ubon Ratchathani. 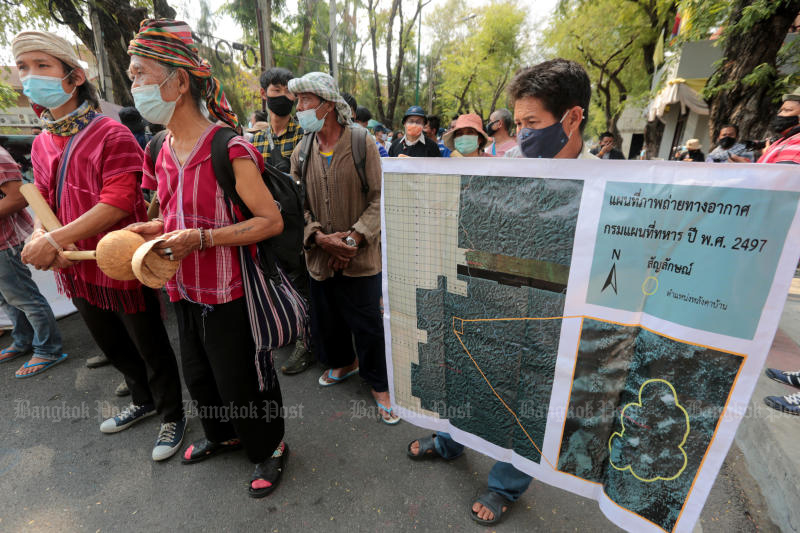 Karen villagers and their supporters wait outside Government House on Feb 15 for Deputy Agriculture Minister Thamanat Prompow, who told them that the government would hold talks with them about their demand to return and live in Kaeng Krachan National Park. (Photo by Chanat Katanyu)

The decision by the PACC was made not long before the 10-year statute of limitations for arson and asset damage expires.

It took up the case after Karen spiritual leader Ko-ee Mimee filed a charge against Mr Chaiwat in 2015.

Ko-ee, who died in 2018 of pneumonia, said the area was his birthplace before it was designated as a part of Kaeng Krachan National Park in 1981, following the promulgation of the National Parks Act. He and other Karen villagers lost their right to stay there and were branded as trespassers. They were relocated to an area away from the park and have been trying ever since to return to their ancestral land.

The Department of Special Investigation maintains that it has strong forensic evidence to prove Karen activist Porlajee “Billy” Rakchongcharoen was murdered. But prosecutors have declined to indict the four park officials accused of the crime on any charges more serious than dereliction of duty. (Video by Kanokporn Laorvilai and Komsan Jandamit)

The conflict took a grim turn in 2014, when Ko-ee’s grandson, rights activist Porlajee “Billy” Rakchongcharoen, vanished mysteriously, in what is believed to have been a case of enforced disappearance. The incident took place at a time when he was actively trying to help his fellow Karen gain the legal right to go back home.

Mr Chaiwat was a suspect in the disappearance as he was among the last people seen with the activist. When charred bones were found in an oil drum in the Kaeng Krachan dam reservoir in 2019, DNA testing indicated they were Billy’s. The Department of Special Investigation (DSI) recommended that Mr Chaiwat and three others be charged with premeditated murder and other offences.

But public prosecutors declined to issue indictments in January last year on the most serious charges, and the accused are now facing no charges more serious than dereliction of duty. Billy’s widow has sought help from the DSI, which still believes in the strength of its evidence, and the Office of the Attorney-General to reopen the case.

The conflict between the ministry and the Karen is ongoing as 36 families have already returned to their homes in Bang Kloi, as the newly allocated land was not suitable for their way of life. At least four of them have been arrested for poaching wildlife and encroaching on forest land in the park.