Myanmar nationals caught for illegal entry in Kanchanaburi's Sangkhla Buri district in the early hours of Tuesday. Thirty were found hiding in a forest area, and three others were guided by a Thai man, who was also caught. (Photo: Piyarat Chongcharoen)

The illegal migrants were arrested in two groups, on Monday night and early on Tuesday.

A team of soldiers, police and local officials were sent to a forested area behind an upland agricultural centre in tambon Nong Lu after reports many people were spotted hiding there around 2.30am on Tuesday, Col Chalermphol Sangtong, deputy commander of the Lat Ya task force, said.

They found people gathered at two spots in the forest, 21 at one place and nine at the other. All 30 were taken to Nam Kerk checkpoint for interrogation.

One of them who could speak Thai said they had contacted a Myanmar job broker by phone and they were told to gather in Payatongsu district, beside the Thai border, two days ago.

The broker had sent three Mon men, who led them across the border along a natural path. They were told to wait in the forest. Their guides said they would return in a vehicle to pick them up.

They had spent a night in the forest, and no vehicle arrived to collect them. (continues below) 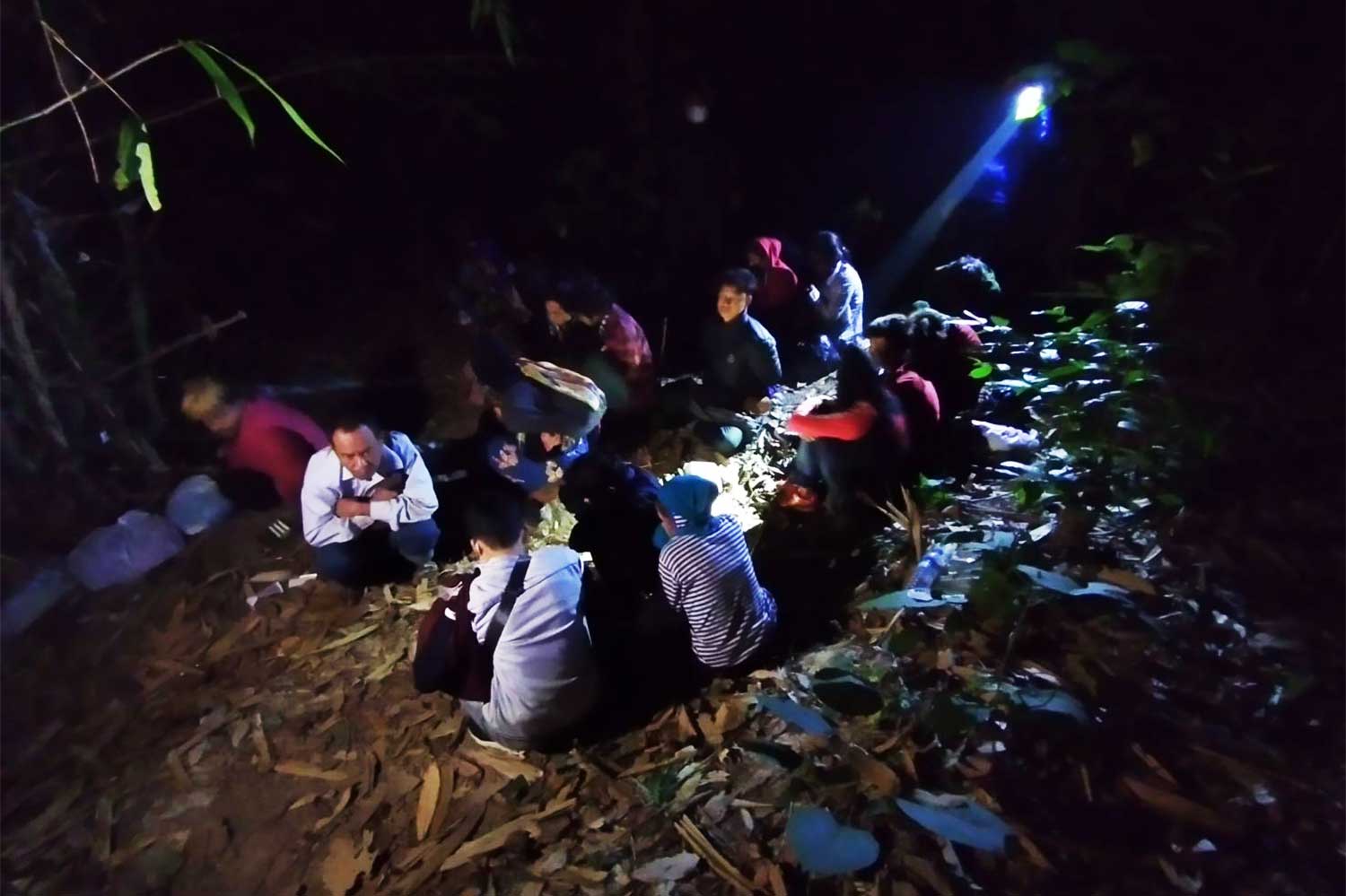 Myanmar workers caught hiding in forest in tambon Nong Lu, on the border in Kanchanaburi, waiting for transport to illegal jobs in other provinces. (Photo: Piyarat Chongcharoen)

The arresting team took them for body temperature checks, as part of Covid-19 screening. All were normal. They were sent to Sangkhla Buri Hospital for further checks before being handed to police at Sangkhla Buri station for legal action.

A few hours earlier, about 9pm on Monday, soldiers from the Lat Ya task force and police arrested three other Myanmar nationals, two men and a six-year-old boy, and their Thai guide in forest at the foot of Hup Taboon mountain in tambon Ban Kao of Muang district.

Anuchit Thongtou confessed to having brought the three across the border. He also  admitted that he earlier brought another group of 17 Myanmar workers, caught earlier on Monday, into Thailand through a natural border pass.

He told authorities that a Myanmar job broker, identified as Ha Win, had promised to pay him 3,000 baht per head to bring them across the border to meet a broker in Thailand.

The cabinet on Tuesday approved new minimum wages, ranging from 465 to 700 baht a day, for skilled workers in 17 occupations in three sectors, as proposed by the Labour Ministry.

Thailand exported 7.69 million tonnes of rice in 2022, up 22.1% from a year earlier, the Ministry of Commerce said on Tuesday.