Travel influencer Monthon Kasantikul, second right, behind the I Roam Alone Facebook page and YouTube channel which have more than 5 million followers combined, shares her ideas at a forum titled 'New Normal: New Coolture in the Digital Age', hosted by the Foreign Ministry at a hotel in Bangkok last week. The others, from right, are Visarut Sinpongsporn, owner of the Wikroh Ball Jingjang (Serious football matches analysis) Facebook page; Rawit Hanutsaha, CEO of Srichand and Sasi Cosmetics, and host of the Mission to the Moon Podcast, and MFA deputy spokesman Natapanu Nopakun.

To reach out and communicate to people in the digital age, the government needs to present real and transparent content, according to social media influencers.

At a recent seminar titled "New Normal: New Coolture in the Digital Age", the Ministry of Foreign Affairs (MFA) invited social media influencers to talk about how to promote Thailand's contemporary and conventional cultures as a soft power to the world.

They included Monthon Kasantikul, behind the I Roam Alone Facebook page and YouTube channel; Nakarin Wanakijpaibul, managing director and editor-in-chief of online news media outlet The Standard; Rawit Hanutsaha, CEO of Srichand and Sasi Cosmetics, writer and host of the Mission to the Moon Podcast; and Visarut Sinpongsporn, owner of the Wikroh Ball Jingjang (Serious football matches analysis) Facebook page.

All have followers ranging from the hundreds of thousands to 4.4 million.

When asked to discuss social media content trends and what people need, all pointed to authenticity and transparency. 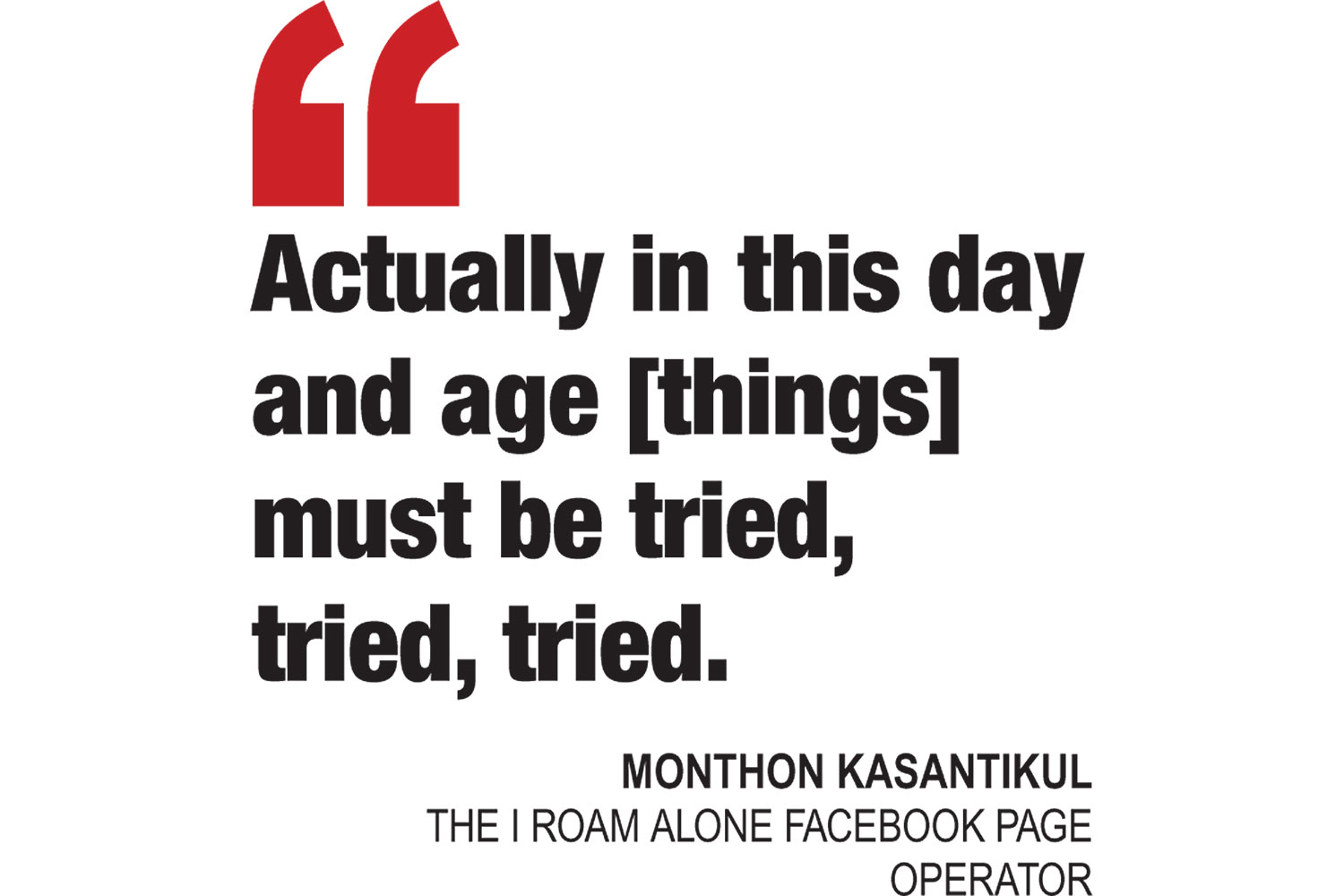 "People will question its realness more. I think this is part of social values, the rule of law and transparency. This is apparently a common theme among all groups. The other points would depend on what they prioritise or care about," he said.

He was referring to comments made by another panelist, Mr Rawit, who said Generation Y people, or millennials, believe in investing in experiences, not just things while those in Generation Z or the people in their 20s who grew up seeing many financial crises think more about financial security and investments.

They are also citizens of the world, not just a country, and care about wider social values such as the environment and human rights.

However, people's preferences, as seen in light of the Clubhouse app's arrival, can change quickly, in just weeks.

Since the outbreak of Covid-19, people have turned to more substantial content, Mr Visarut said.

"We can see this trend.... What is superficial will be disregarded," he said, adding that content providers must also be able to answer questions their audience ask.

The social media influencers agreed on generation-gap problems which lead to misunderstandings and conflicts in society.

"The key agency [to bridge the gap] should be ... not the government. I think people will see the government as one of the parties in conflict or something," Mr Nakarin said.

He proposed a neutral agency which would probably be a media-based one while the power holders must be open-minded and listen to the views of the new generation.

Mr Nakarin emphasised that decision makers must hear, listen, and take action, to ensure generation gaps are bridged. Nevertheless, he noted that face-to-face communication is important to link people and prevent problems resulting from misinterpreting words.

MFA spokesman, Tanee Sangrat, and his deputy Natapanu Nopakun said the ministry, especially its information department, has been opening up to opinions and suggestions to promote Thailand's soft power, and seeking ways to better communicate with Thais here and abroad, as well other nationalities.

"In this age, it would be good if we were straightforward about what really happens," Ms Monthon said.

"It's undeniable, I have travelled around the world. What people associate with Thailand, besides food, is sex tourism, don't they? I've faced this all the time," she said, also suggesting Thailand might reap some tax benefit from this kind of tourism. Space for creativity must also be allowed, she stressed.

"Culture, if not made untouchable and this and that is not prohibited, would be more easily accessible and become a soft power. It's so rigid. It's blocked and not moving forward, as if frozen. Actually in this day and age [things] must be tried, tried, tried," said Ms Monthon who added she is "afraid of not changing".

Mr Rawit said it is important that Thailand has a central agency to work on the promotion of soft culture and plan ahead systematically.

As an entrepreneur, he says he learned that there are a dozen agencies working on promoting SMEs and they are in different ministries.

Ms Monthon agreed, adding that a high level of continuity is needed.

Mr Nakarin emphasised audience centricity, saying it must start with why and how Thailand is positioning itself. Next is understanding what soft power is.

He said the people of Phuket understand that point very well.

"What [people in] Phuket do is bring the sea, sand and sun, which is harder to sell nowadays, and add sport tourism and gastronomy ... the added value. They are doing this at [every level] from the people to the policymakers -- the governor, relevant private sector, related agencies," Mr Nakarin said.

"I think if Thailand wants to do this we need to have a big meeting to talk seriously what Thailand's soft powers are, agree on these and focus on these," Mr Nakarin added while reiterating that Thai massage is one of the best cultural assets the country has.

Mr Visarut said Thailand must see the importance of soft culture, pointing to the South Korean government's sponsoring of K-pop band tours overseas as an example of how the state can do this.

Meanwhile, Tharit Charungvat, secretary-general of the Thailand Foundation, a former diplomat and MFA spokesman, said he learned that respect, compassion and openness are key qualities in Thais that make foreigners want to revisit the country.