Singer Chai-amorn Kaewwiboonpan, wearing a cap, is arrested at a rented room in Ayutthaya. His mother, right, arrives at the Criminal Court to request bail. The court denied the request. (Photos by police and Arnun Chonmahatrakool)

Singer Chai-amorn Kaewwiboonpan, aka "Ammy The Bottom Blues," arrested yesterday for setting fire to a portrait of His Majesty the King, as well as on charges relating to arson and computer crimes, is believed to have admitted committing the crime in a Facebook post attributed to him.

On The Bottom Blues' Facebook fanpage, Chai-amorn posted yesterday that: "The burning of the portrait was done by myself. I take sole responsibility and this has nothing to do with any movement. My reason is easy to understand."

"I admit that the burning of the portrait was a foolish idea and this has put me in danger," his post reads.

"When I was arrested on Oct 13 last year, Penguin [activist Parit Chiwarak] was the first to telephone me when I was in the police van and called for a rally... But this time, Penguin and my brothers and sisters have been in jail for more than 20 days now, but I have not been able to help them. I feel ashamed and disappointed with myself," the singer wrote in his post, which his lawyer confirmed was authentic.

Pol Maj Gen Piya Tawichai, deputy commissioner of the Metropolitan Police Bureau, said the singer was arrested yesterday about 12.40am in a rented room in Ayutthaya province. 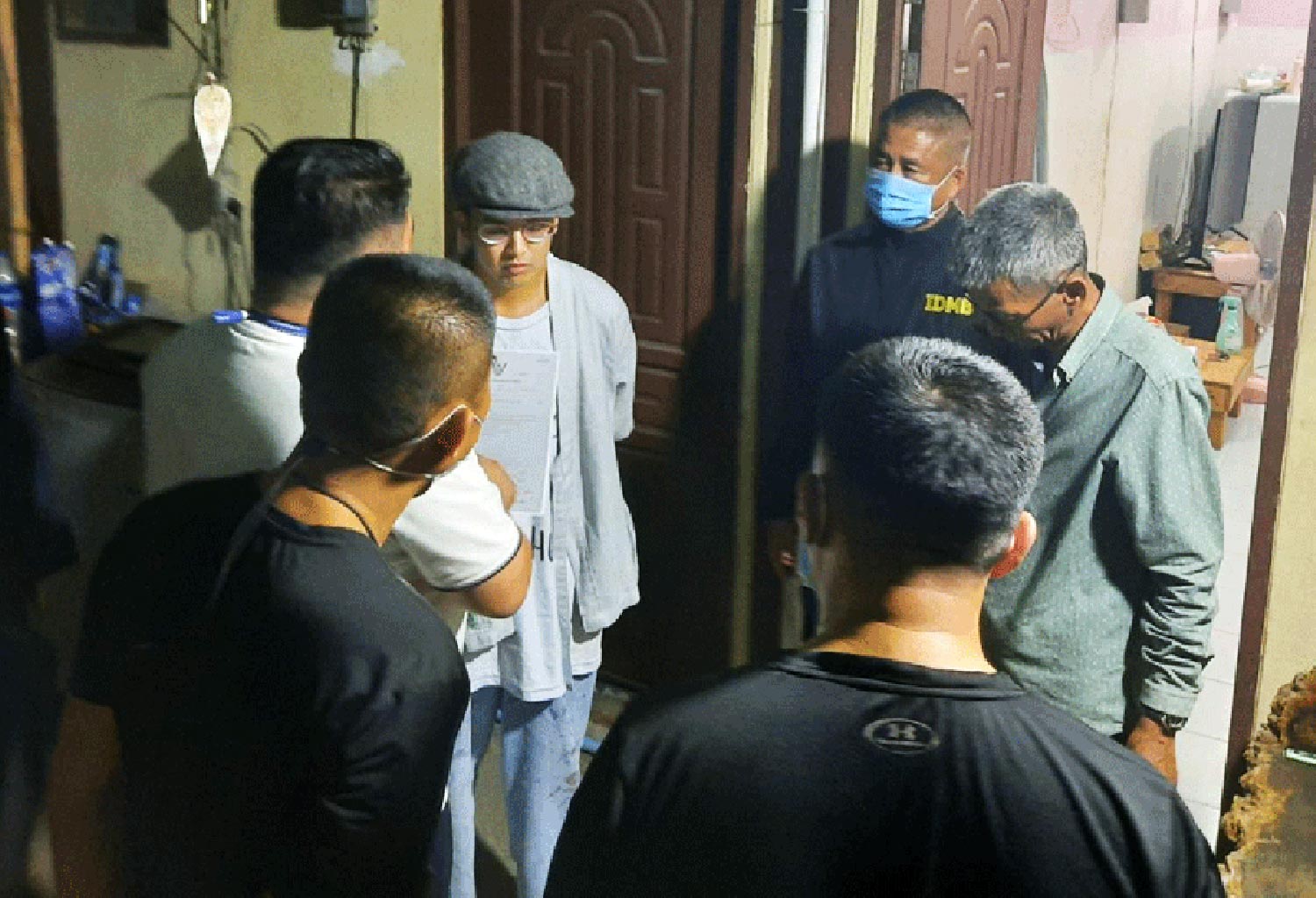 Bangkok police chief Pol Lt Gen Pakapong Pongpetra later said Chai-amorn had earlier suffered an injury to his left shoulder and hip, believed to have happened after he fell from some scaffolding he climbed up to set fire to the portrait.

Police officers took him to Rajthanee Hospital for initial treatment, and then to Police General Hospital in Bangkok.

He said police had witnesses and forensic evidence to charge Chai-amorn for participating in the burning of the royal portrait, which included footage from security cameras at the scene.

In the footage, Chai-armorn was seen getting out of a Toyota Fortuner to set fire to the portrait while two other suspects waited in the car.

The court also approved a police request for an initial 12-day detention of Chai-amorn.

The singer was put in police custody at the Police General Hospital yesterday and he is expected to be sent to jail today, police sources said.

On Tuesday, the Criminal Court issued arrest warrants for suspects in the burning of a portrait of His Majesty the King in front of Klong Prem Central Prison in Bangkok on Sunday.

Chai-amorn and two others are facing severe penalties -- five to 20 years, life in prison or death for arson; three to 15 years for royal insult; and five years for trespassing and for computer crimes.