The Grand Palace is now open and people can pay respects to the Temple of the Emerald Buddha inside it. The Royal Household Bureau on Thursday announces the reopening of the Grand Palace and five other tourist sites from March 4 onwards. (Photo by Chanat Katanyu)

Visitors are allowed to pay respects to the Temple of the Emerald Buddha as the Grand Palace and five other popular sites are open to the public on Thursday.

The Royal Household Bureau announced on its website the reopening of the Grand Palace and the Temple of the Emerald Buddha, or Wat Phra Kaew, and the other locations — Bang Pa-in Palace in Ayutthaya province, Bhubing Palace (Chiang Mai), Chang Hua Man Project (Phetchaburi), Queen Sirikit Museum of Textiles (Bangkok) and Sala Chalermkrung Royal Theatre (Bangkok) from March 4.

The Arts of the Kingdom Museum in Ayutthaya will be open to the public on March 24, the bureau announced on Thursday.

On Feb 1, the bureau announced it would extend the closure of the Grand Palace and other locations until the Covid-19 pandemic eased. 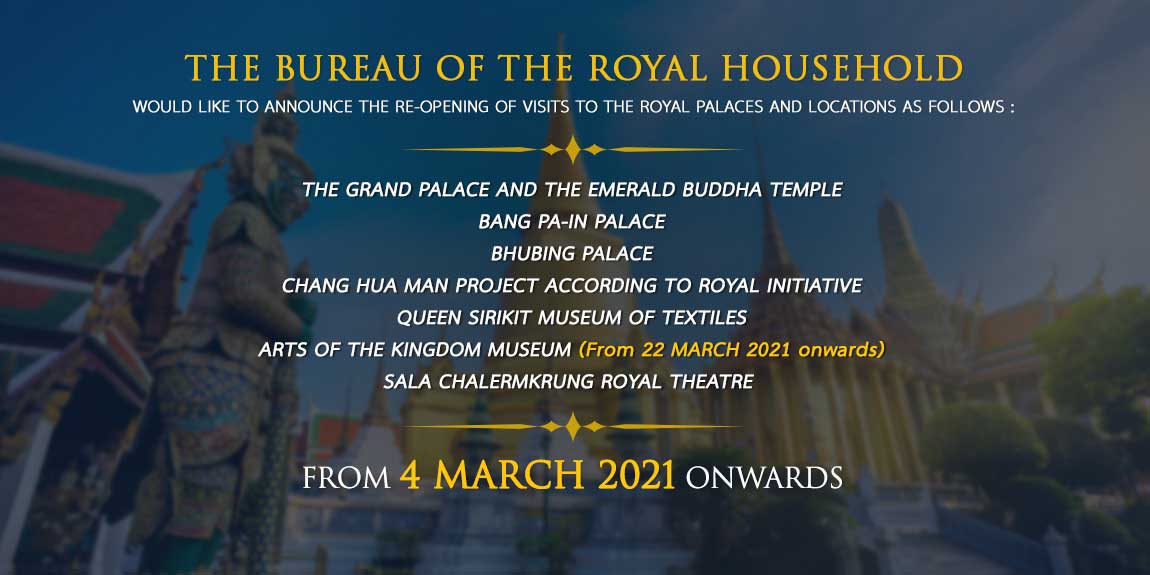