When signalled them to stop for a search, the men fled into the night, leaving the sacks behind.

Drug smuggling was rampant along the border, he said, with heroin seizures frequent in recent months. 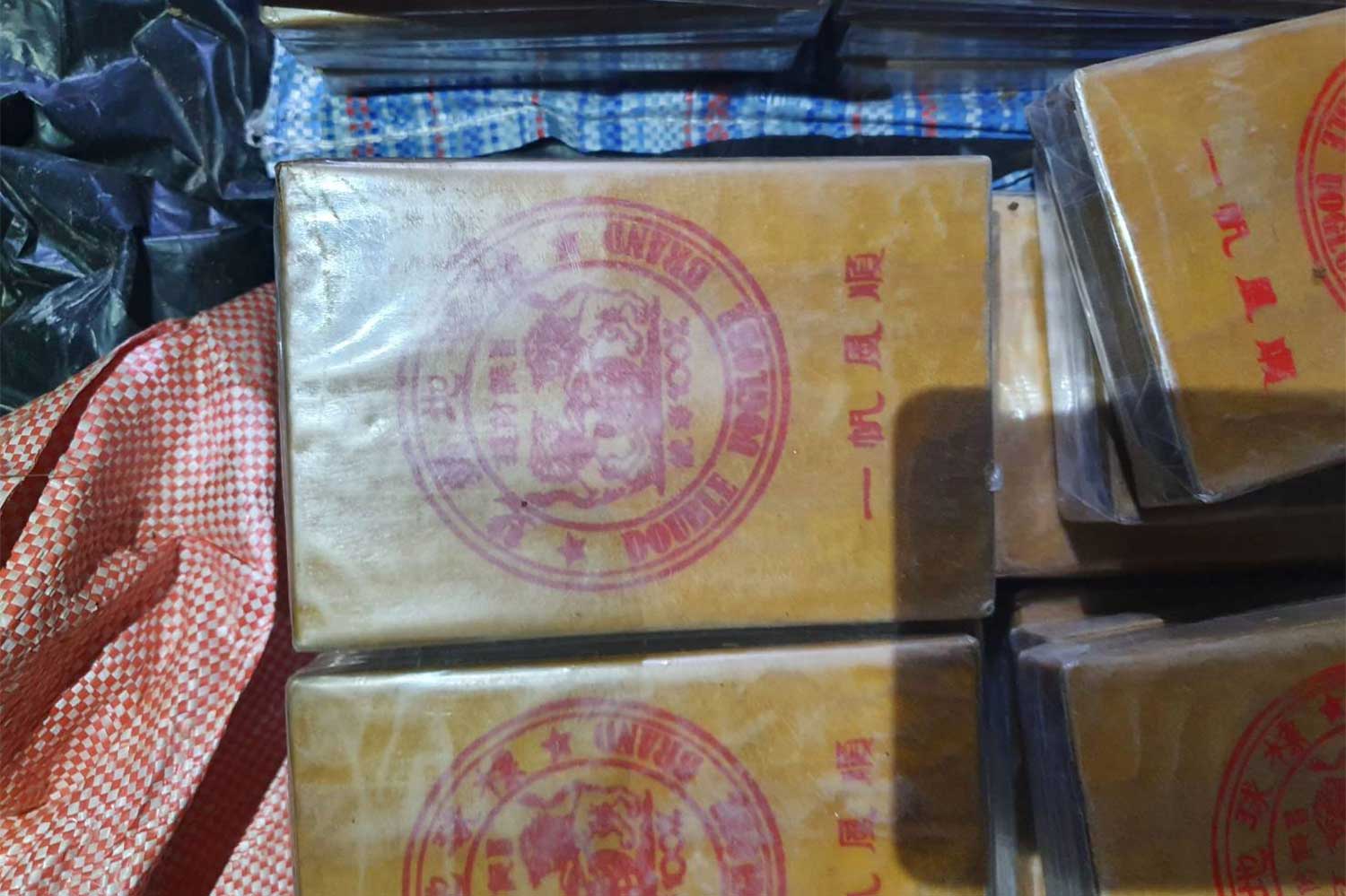 Heroin found in the sacks left behind by two fleeing smugglers, near the border in Chiang Dao district of Chiang Mai, on Thursday night. (Photo supplied/ Phanumet Tanraksa)