Three of the seven poisoned elephants arrive at the Elephant Hospital in Lampang for urgent treatment, after paraquat contaminated grass at a border village in Omkoi district, Chiang Mai. (Photo: Phanumet Tanraksa)

CHIANG MAI: Seven elephants suffered serious burns to their mouths and tongues from eating grass contaminated with the herbicide paraquat at a border village in Omkoi district.

Five of them were reported to be in critical condition.

The paraquat poisoning occured at Khorphator village late on Thursday night. The  domesticated elephants had been set free to forage for food, and ate the grass at nearby farms which had been sprayed with the banned chemical.

Veterinarians and rescue workers were rushed to help after the elephants' distress was reported to Chiang Mai University’s Centre for Elephant and Wildlife Research and to the Kusol Songkhor rescue foundation.

It took several hours for the team to reach the remote village, which is near the border.

The vets examined the animals and diagnosed paraquat poisoning. The chemical had caused severe burning around their mouths and to the animals' tongues.

They cleaned the injuries and gave the elephants anti-inflammatories.

Five of them were diagnosed in critical condition. They were being trucked to the Elephant Hospital in Lampang for further treatment, the Thai Elephant Alliance announced on its Facebook page.

The Centre for Elephant and Wildlife Research said the first three had already arrived at the hospital. The others were expected to arrive on Friday evening.

The use of paraquat is illegal in Thailand. The NHSC issued a resolution banning the use of paraquat and chlorpyrifos in agriculture, effective from June 1 last year. Farmers' groups have lobbied strongly against the ban, arguing they have no alternative chemicals for insect and weed control. Many continue to use them. 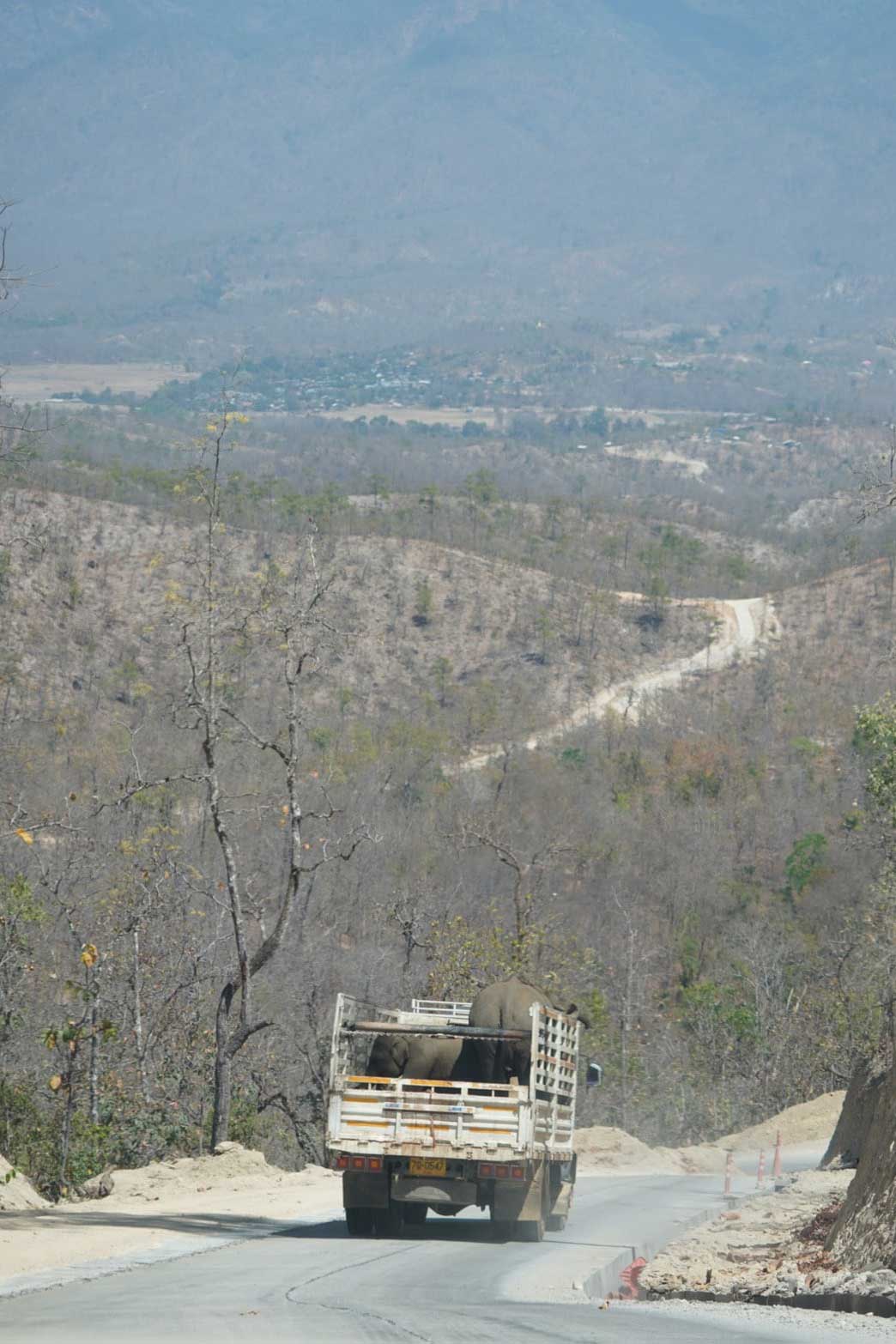