Security video shows a lone robber, carrying a gun, taking gold ornaments from the showcase of a shop inside a Tesco Lotus superstore in Ban Phong district of Ratchaburi on Friday. The man reportedly killed himself in Phetchaburi on Saturday. (Capture from CCTV/Saichol Srinuanchan)

A man being hunted for the one-million-baht robbery of a gold shop in Ratchaburi reportedly shot himself to death at a resort in Phetchaburi on Saturday.

Pol Maj Gen Noppasil Phoonsawat, investigation chief of Provincial Police Region 7, led a team to the resort in Nong Ya Plong district of Phetchaburi after receiving a report that a man had taken his life there, Thai media reported.

Police say the man, whose name has not yet been released, robbed the Yaowarat Asia shop located in a Tesco Lotus superstore in Ban Phong district and made off with gold necklaces weighing 47 baht (710 grammes), worth over one million baht on Friday. Pol Lt Col Kriangsak Buapho, a duty officer at the Ban Phong station, received the first report of the incident at around 1.20pm.

Staff told police that the thief, wearing a cap and black glasses and carrying a gun, jumped over the counter, opened the showcase to take the ornaments and quickly fled. The incident caused panic among employees of the gold shop and mall customers.

The robber ran to the front door of the superstore and fled in a pickup truck with unknown licence plates. Police launched a manhunt for him and subsequently learned that he had fled to Phetchaburi. 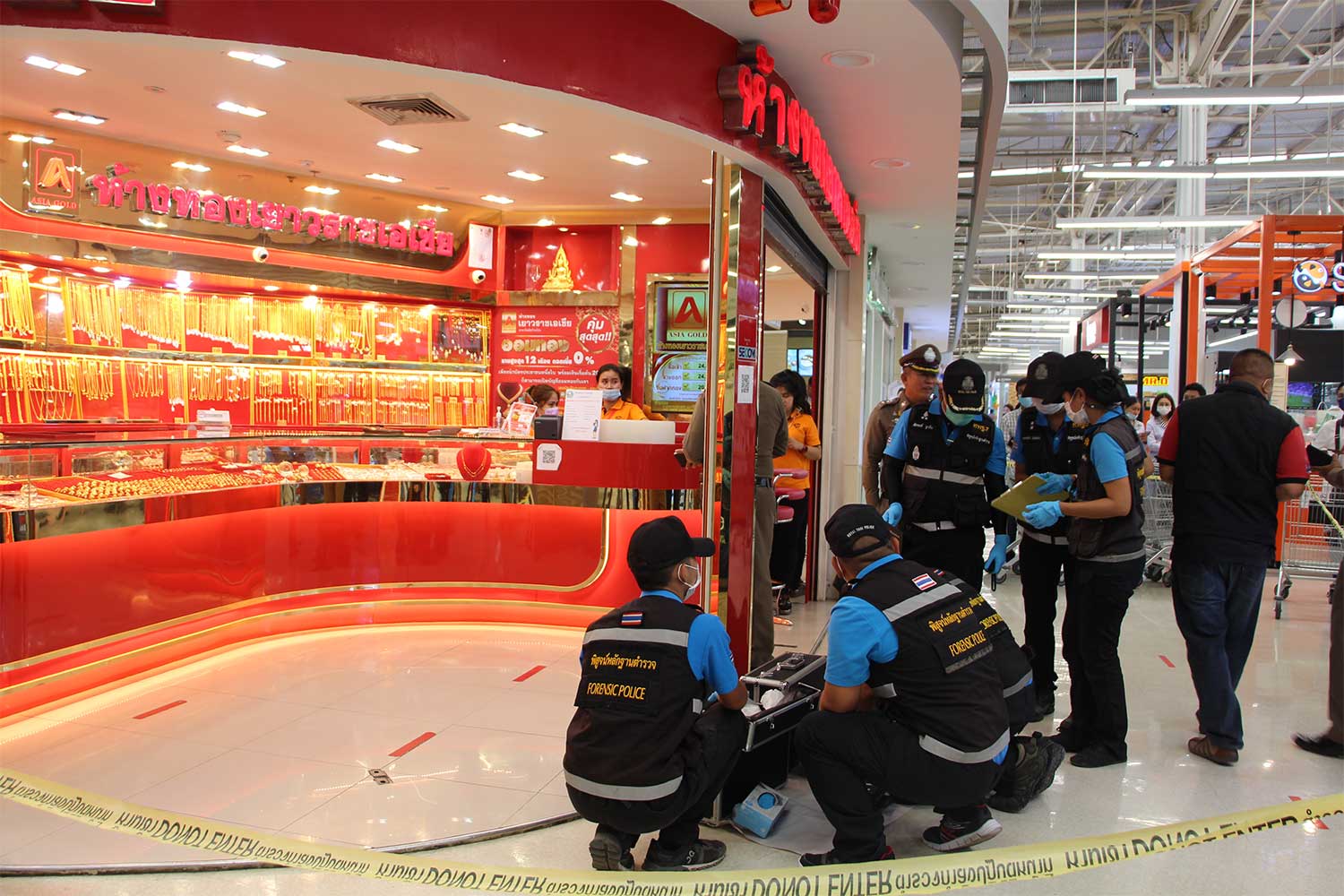 Forensic police collect evidence at the gold shop in a Tesco Lotus store in Ban Phong district of Ratchaburi on Friday. (Photo by Saichol Srinuanchan)

SYDNEY: An Australian court ruled Friday that Google misled consumers about collecting location data through Android mobile devices in what the country's competition watchdog called a "world-first" action against the digital giant.

Happiness Can't Be Chased, But Only Created, Says Parmida Mamaghani