The investigation revealed it was caused by damage to the 115kv underwater cable supplying power from Khanom district in Nakhon Si Thammarat to Koh Samui.

The cable was damaged by an anchor dropped by HTMS Angthong, an amphibious transport dock, about two kilometres west of Samui, he said.

The repair would take several days.

The damage was near similar damage incurred in 2018, he added.

To overcome the problem, the PEA had deployed six mobile power-generating trucks to supply electricity to affected areas of the island.

More power-generators would be sent to the island on Tuesday, Mr Jakkrit said.

The PEA's Samui  and Phangan branches said on their Facebook pages the power supply was reduced to 30 MW, about half of the requirement of the affected areas on the two islands.

The  electricty agency was forced to divide affected consumers on the two islands into three groups and supply power to each of them for one hour at a time in rotation, to save energy until the situation returns to normal.

The PEA was still supplying electricity to hospitals, he said, while asking residents to save energy. 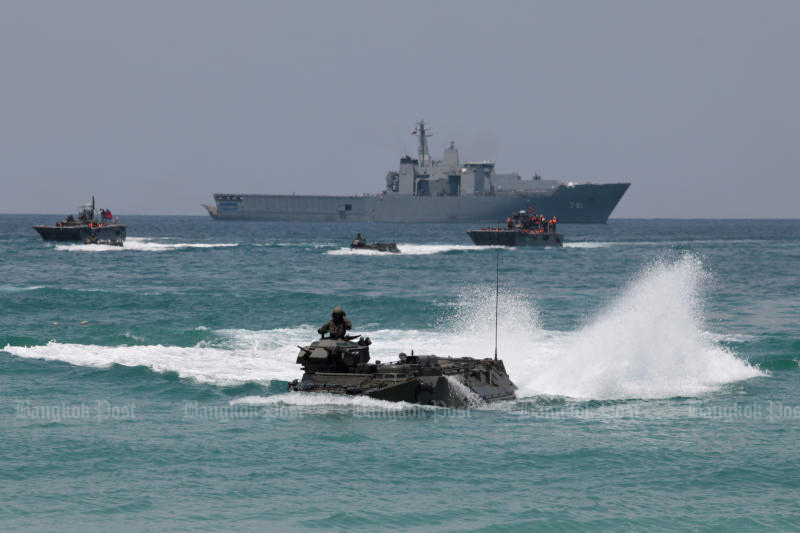 HTMS Angthong seen during a drill off the Phangnga coast on April 7, 2019. (Photo:  Chanat Katanyu)