A photograph of missing lawyer Somchai Neelapaijit placed at the spot on Ramkhamhaeng Road where he was abducted 17 years ago, on March 12, 2004. (Photo: Angkhana Neelapaijit Facebook page)

Prominent political campaigner Angkhana Neelapaijit has lambasted Prime Minister Prayut Chan-o-cha as lacking the "political will" to shed light on the disappearance of political activists, including her husband who vanished 17 years ago.

Ms Angkhana on Friday gave credit to the governments of former prime minister Thaksin Shinawatra and his sister Yingluck in pushing for a resolutiun of missing person cases, including her husband Somchai.

But the issue had been relegated to the back seat by the present government, she said.

The Magsaysay Award winner aired her frustration on her Facebook account, in commemorating the 17th year of no progress in finding those behind the disappearance of her husband Somchai, a human rights lawyer.

Somchai Neelapaijit was abducted on May 12, 2004, from his car on Ramkhamhaeng Road in Bangkok, not far from Hua Mak police station. He has not been since and is presumed dead.

He was former chairman of the Muslim Lawyers Group, which helped suspects, mainly those in the far South, accused by security authorities of involvement in the insurgency. 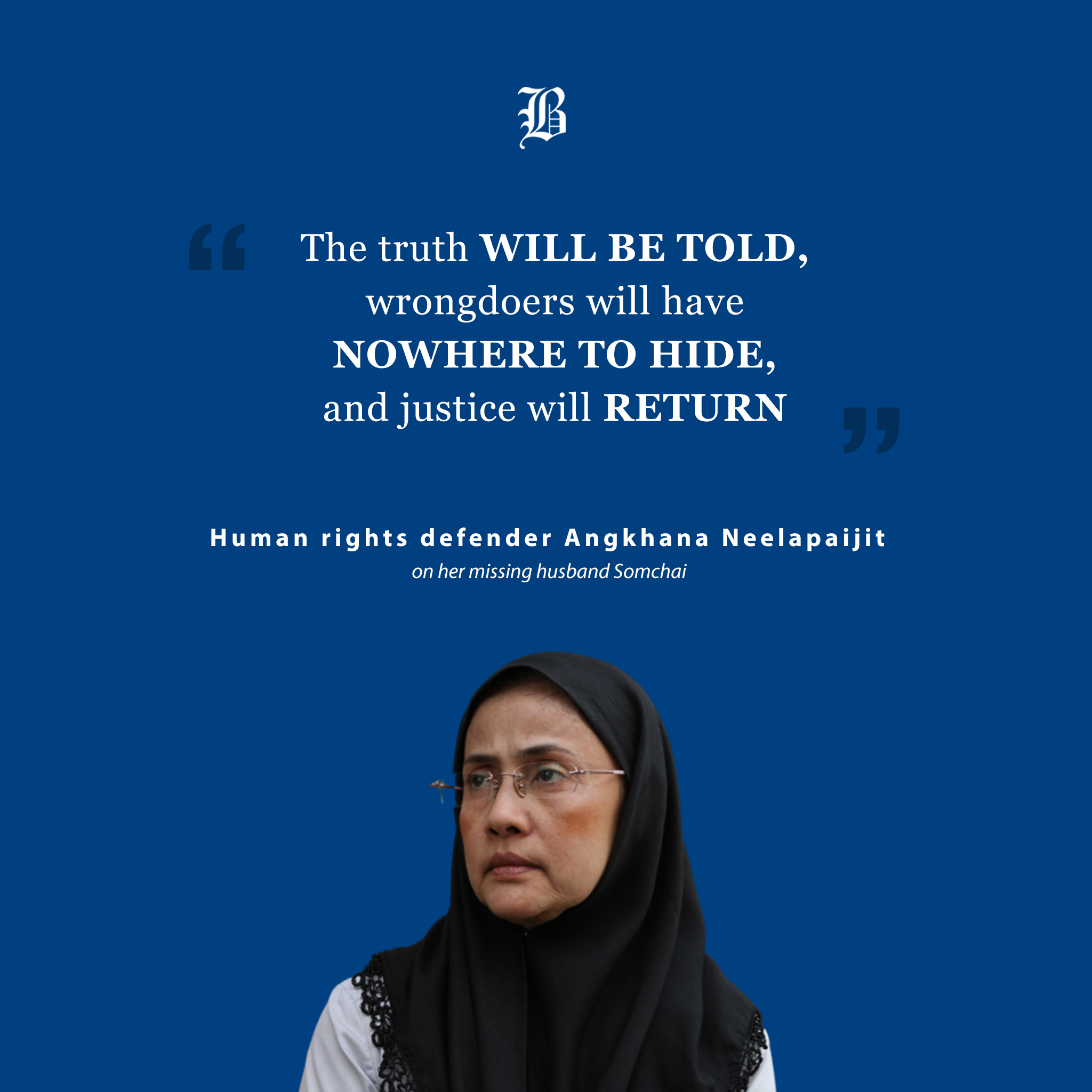 Other political critics who have disappeared include Surachai Danwattananusorn in 2018 and Wanchalerm Satsaksit in 2020. Investigations into the death of two activists known by the pseudonyms Puchana and Kasalong, whose bodies were found on the Mekong River bank in 2019, have also been unproductive.

"From my 17 years of experience in searching for missing people, the most important thing in following through on these cases is political will," she wrote. Gen Prayut had never placed  importance on punishing wrongdoers and compensating the victims' families, she said. (continues below) 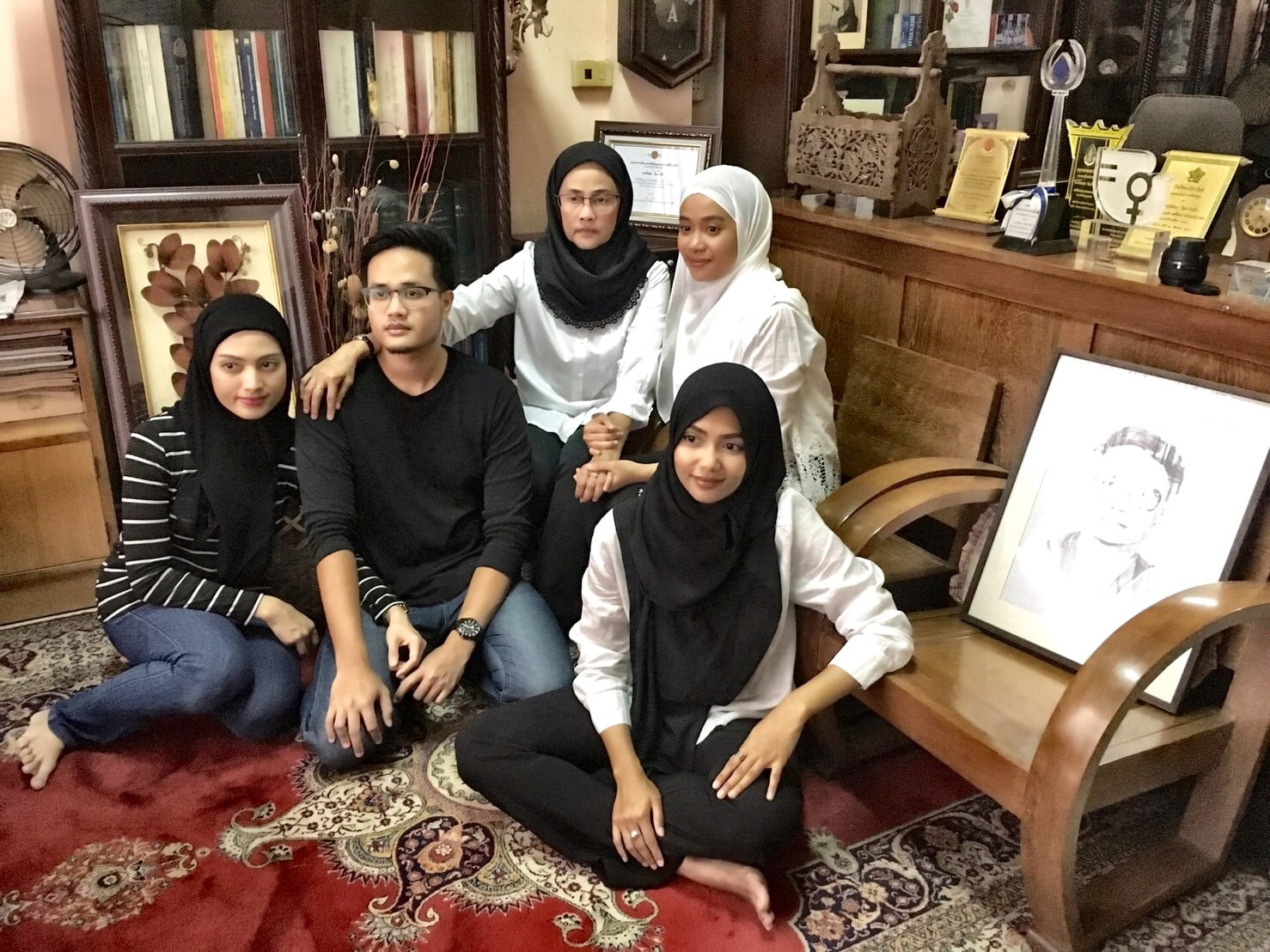 The Neelapaijit family poses for a photo with Ms Angkhana, and a sketch of Somchai on the chair. (Photo from Angkhana Neelapaijit Facebook photo)

In her husband Somchai's case, the Supreme Court in 2015 acquitted all five police officers  charged with robbery and coercion in the case, citing lack of evidence.

The court also ruled that his family could not act as a co-plaintiff in bringing a case, because there was no actual evidence that he was dead or even seriously injured.

The five officers were seen by witnesses dragging Somchai from his car on the day he disappeared.

The Department of Special Investigation later reopened the case, only to declare it closed in 2016.

"A missing person does not mean only that someone is taken away from the family forever. What every family wants to know is the truth," said Ms Angkhana, who developed from being the wife of a human rights defender to being a strong campaigner herself and critic of the 2014 coup and Gen Prayut.

With the case of her missing husband now entering the 18th year, Ms Angkhana said she still hoped for justice and the end of the mystery of what happened to her husband.

"I believe that the truth will be told, wrongdoers will have nowhere to hide, and justice will return, some day," she said.