The wreckage of a pickup truck and a beer truck is seen following a collision in tambon Tha Khoei of San Phung. Two people in the pickup died and four men in the truck were injured. (Photo: Saichol Srinuanchan)

RATCHABURI: A couple were killed and four people injured when a pickup truck collided head-on with a six-wheel truck loaded with beer in Suan Phung district on Saturday.

The fatal crash occurred at about 11.30am on the Chat Pawai-Suan Phung Road in tambon Tha Khoei, said Pol Lt Col Pomphet Khongseeha, a duty officer at the Suan Phung police station.

Police, rescue workers and medical staff arriving on the scene found two people inside the pickup, already dead and trapped in the wreckage.

The front of the pickup was wedged into the front of a six-wheel truck with Ratchaburi licence plates and beer cartons in the back, and many broken bottles scattered along the road. Four men in the pickup truck sustained injuries.

The dead couple were later identified as driver Prasit Sorsa-ard, 62, and his wife Pimonmat Sorsa-ard, 60, of Chom Bung district in Ratchaburi. Injured were truck driver Suwit Sukkho, 33, and three workers from Myanmar.

According to the police investigation, the truck was travelling from Photharam district to deliver beer in Suan Phung when the pickup suddenly rammed into it.

Police believe the pickup driver might have fallen asleep at the wheel because he and his wife had left home at around 3am to sell goods at at the Tham Hin refugee camp in Suan Phung. The couple were returning home when their vehicle collided head-on with the truck. 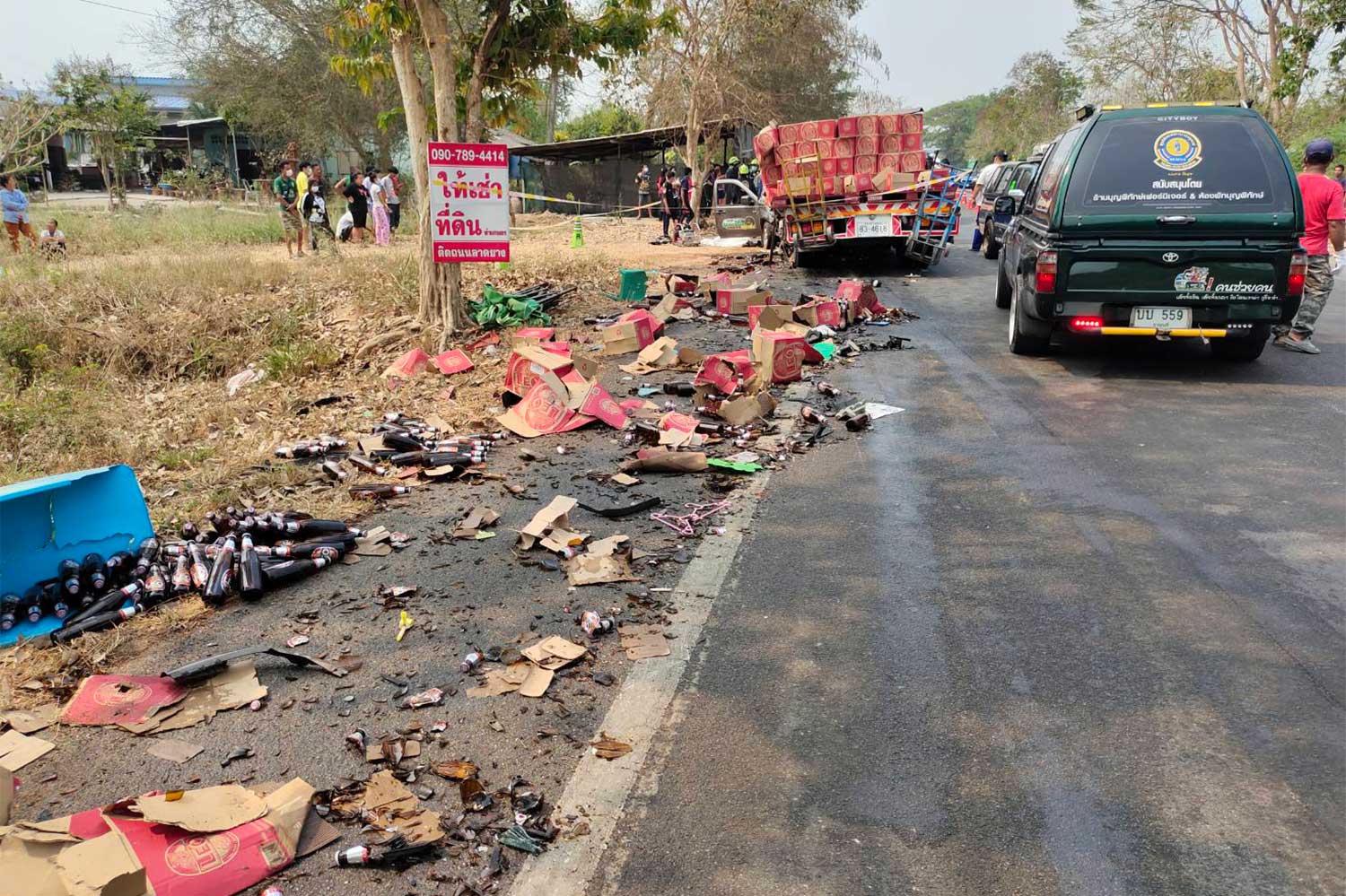 Broken beer bottles are scattered over the road following a crash involving a pickup and a beer truck in Suan Phung district of Ratchaburi on Saturday. (Photo: Saichol Srinuanchan)

MOSCOW - President Vladimir Putin leveraged a World War II commemoration on Thursday to whip up support for his army's intervention in Ukraine, comparing the fighting to Nazi Germany's invasion and hinting Moscow could use nuclear weapons.