A 33-year-old woman charged with selling fake medical certificates sits at the computer where she created the documents, at her house in Phasicharoen district of Bangkok. (Photo supplied/Wassayos Ngamkham)

A woman who admitted to selling fake medical certificates online said she earned half a million baht a month from the business, police say.

Officers from the Patrol and Special Operations Division, also known as 191 Police, apprehended Niphaporn Ponghiran, 33, at a house on Phetkasem Soi 23 in Phasicharoen district on Friday.

Police began the investigation and found that the suspect had been creating fake medical certificates in her home and selling them online. 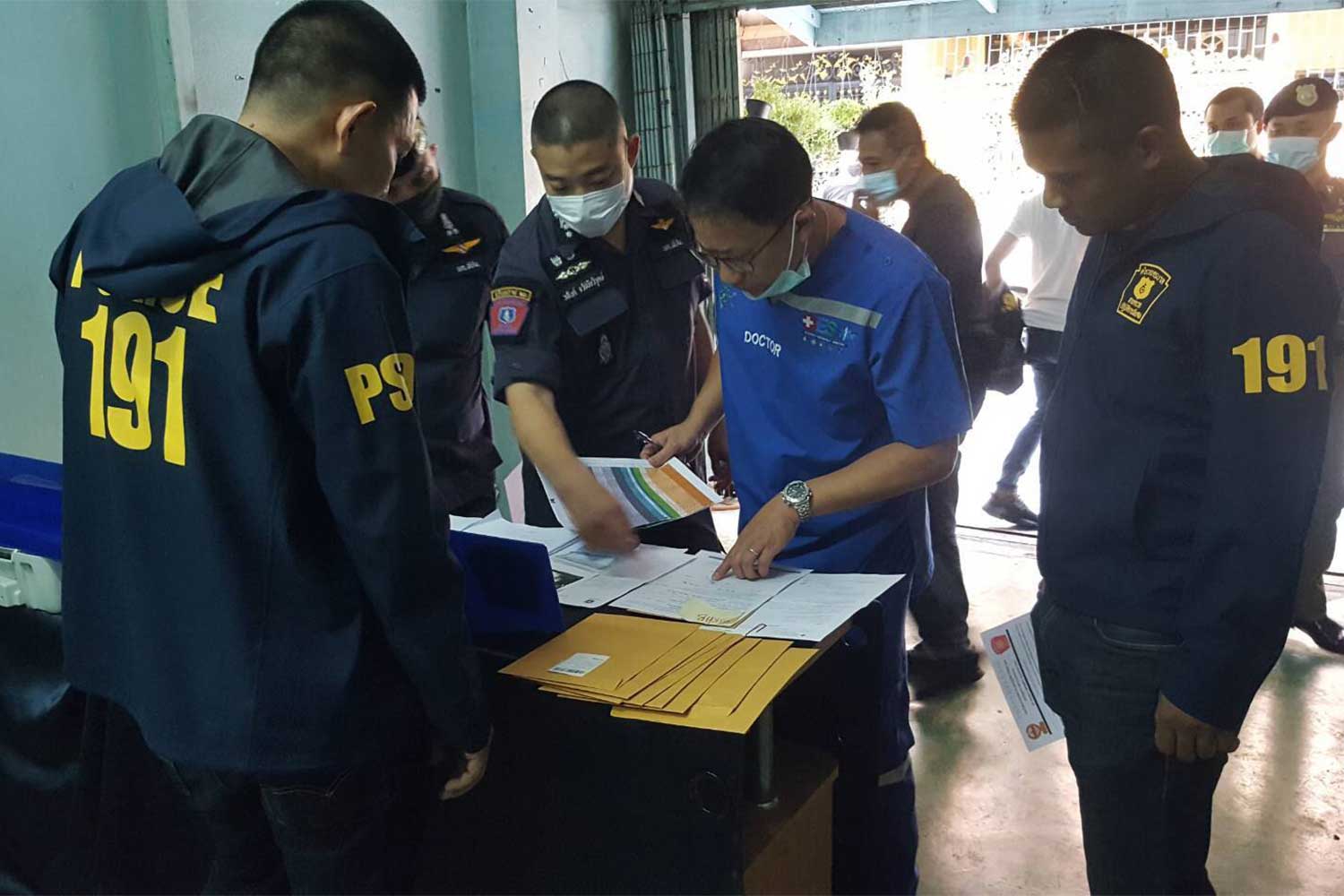 Police examine fake medical certificates seized from the suspect during a raid on her house in Bangkok. (Photo supplied/Wassayos Ngamkham)

During the search on Friday, officers noticed a computer monitor on which images showing how to falsify a medical certificate were displayed.

Among the certificates found were fake documents for pregnancy and ultrasound results, said Pol Col Piyarat. The drugs and paraphernalia were also found in front of the monitor on the second floor.

During the interrogation, the suspect confessed to opening the Facebook page to sell fake medical certificates six months ago, police said.

She told police that she had saved files for medical certificate files from the internet. She then altered details of patients and added ID numbers of physicians in the forms and printed them out.

As for the hospital stamps, she had asked shops to make them. She sold the fake certificates for 500 baht each. At least 500 customers used her service, said Ms Niphaporn, who claimed she earned between 250,000 and 500,000 baht a month from the business.

Police initially charged her with falsifying documents and official stamps, possession and use of illicit drugs. The woman was handed over to Phasicharoen police station for further legal action. 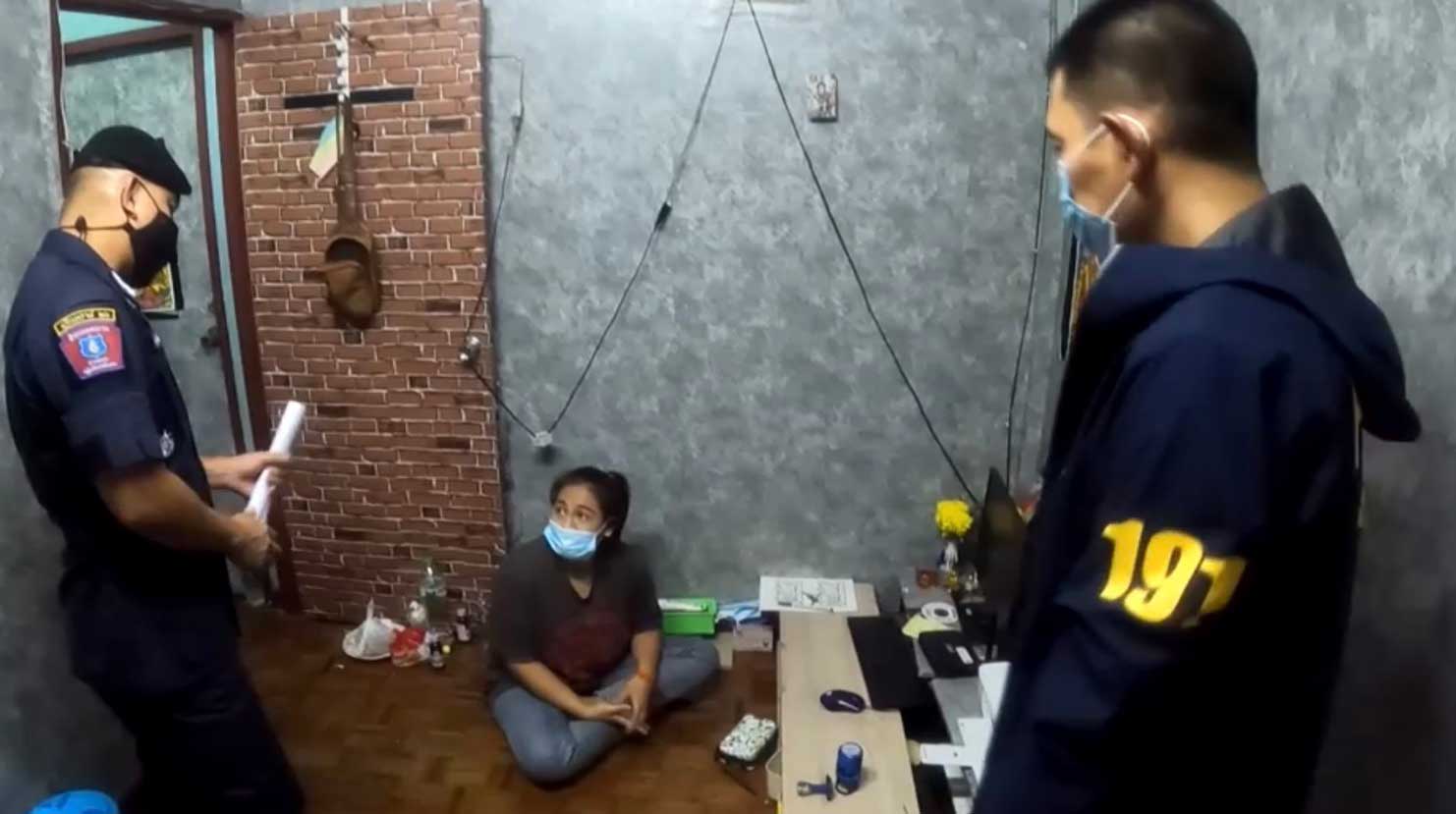