Hunters use an inflatable boat as they look to capture the crocodilem sighted in Ao Chalong, on on Sunday. (Photo: Achadtaya Cheunniran)

PHUKET: The hunt for a crocodile sighted in the sea at Ao Chalong on Saturday continued on Monday.

The Marine Office issued an alert on Sunday, advising caution for boat operators and passengers, as well as swimmers in the bay and nearby areas.

Anyone sighting the reptile is advised to promptly phone the office at 0-7639-1174.

The crocodile was spotted swimming near a yacht marina on Saturday. Witnesses said it was about two metres long. A team of hunters from Surat Thani were assigned to help catch it.

The Marine Enforcement Command Centre flew a drone over the bay on Monday to help the search by boat crews, but the reptile remained free.

Centre commander VAdm Choenchai Chomchoengpaet said the hunt would continue until the croc is captured. 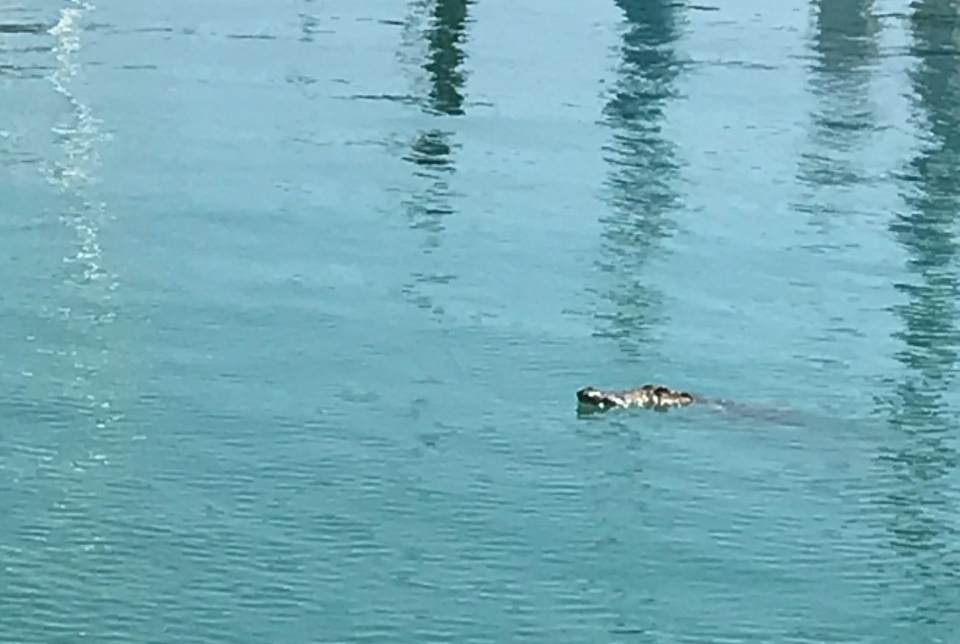