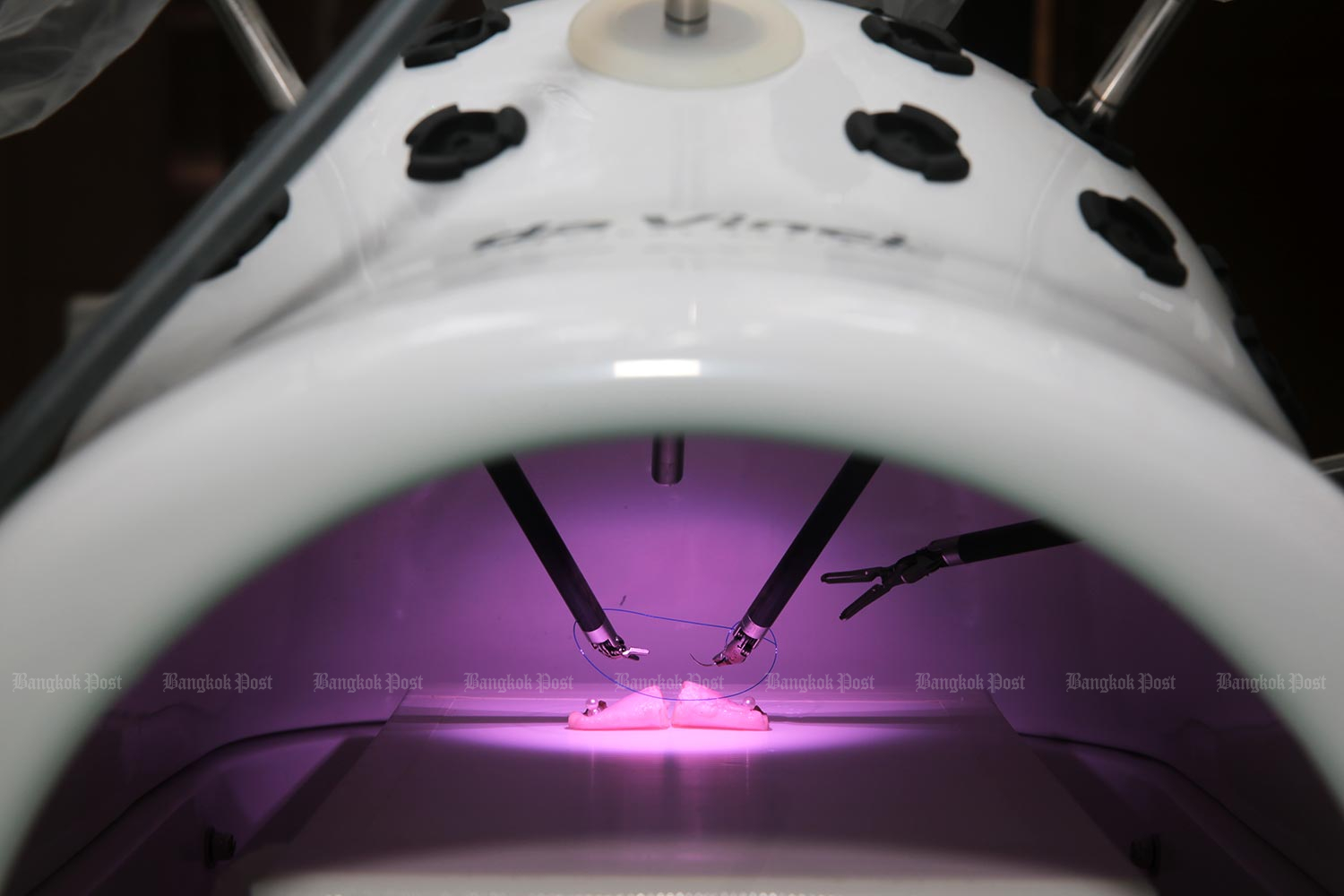 "The patients' financial condition must be evaluated first by the hospital's social workers," said the dean of Mahidol University's Faculty of Medicine, Prasit Watanapa, at the campaign's launch event on Wednesday, which coincided with the 104th anniversary of the hospital's Department of Surgery.

Siriraj Hospital is the first hospital in Thailand to offer robot-assisted surgeries, with a surgical robot called "Da Vinci" performing the country's first procedure on a patient with prostate cancer.

The hospital has performed 3,000 robotic surgeries -- the most in Southeast Asia -- about 2,300 of which were on prostate cancer patients.

Dr Prasit said the hospital will continue to develop its telemedicine capabilities, as robotic surgery is expected to play a key role in improving health standards across rural areas in the future.

He said the hospital has invested over 100 million baht to acquire the latest robotic surgery system from the United States.

"We are going to utilise 5G technology to promote the use of telemedicine in remote areas, or in war zones," he said. "For instance, we could use robots to perform surgeries in hospitals in the deep South, where there is a shortage of surgeons."

The hospital's chief of the urology, Sittiporn Srinualnad, said robot-assisted surgeries are particularly suited for procedures in delicate areas, such as nerve endings.

For example some prostate cancer patients lose sensitivity around their genital areas following conventional surgery, which can impair sexual functions. This risk, Dr Sittiporn said, can be minimised with robot-assisted surgeries.

Robotic surgeries can also be used to operate on other areas, including the kidneys and gall bladder. As incisions tend to be smaller than conventional surgeries, recovery times tend to be faster, with less chances of post-operative pain and complication.

The system is controlled by an actual surgeon who looks at the patient through a specially-designed camera that can see 10 times clearer than human eyes. The robot's arms, however, are far more stable than human's, improving accuracy.