Rescue workers prepare to take away the body of the 18-year-old killed by a gunman at Ban Khok in Khok Phochai district, Khon Kaen, on Wednesday night. A second man was also shot, and died in hospital. (Photo: Chakrapan Natanri)

Police called to the scene reported finding Korkiat Chanasri, 18, dead with a gunshot wound to his head. He was lying on the ground underneath a house raised on stilts. The owner was away at the time of the shooting.

Another man, Theerayuth Faithee, 23, was lying nearby, seriously wounded, also shot in the head. He was rushed to a hospital, where he died, police said.

Pol Col Chalit Morakotsrisuwan, chief of Khok Phochai police, said it appeared the gunman knew the two victims. Witnesses saw a man talking to them. Then they heard gunshots.

The 18-year-old fell to the ground. The other man ran away. The gunman pursued him and shot him, then fled.

The district police chief said the motive was likely to be a betrayal of some sort.

Police were continuing their investigation. A search was launched for the shooter.

Pol Maj Gen Phutthipong Musikul, chief of Khon Kaen police, said on Thursday that the wanted man was about 23 years old and had a prior record of theft and using drugs. Possible motives included drug dealing and debt, he said. 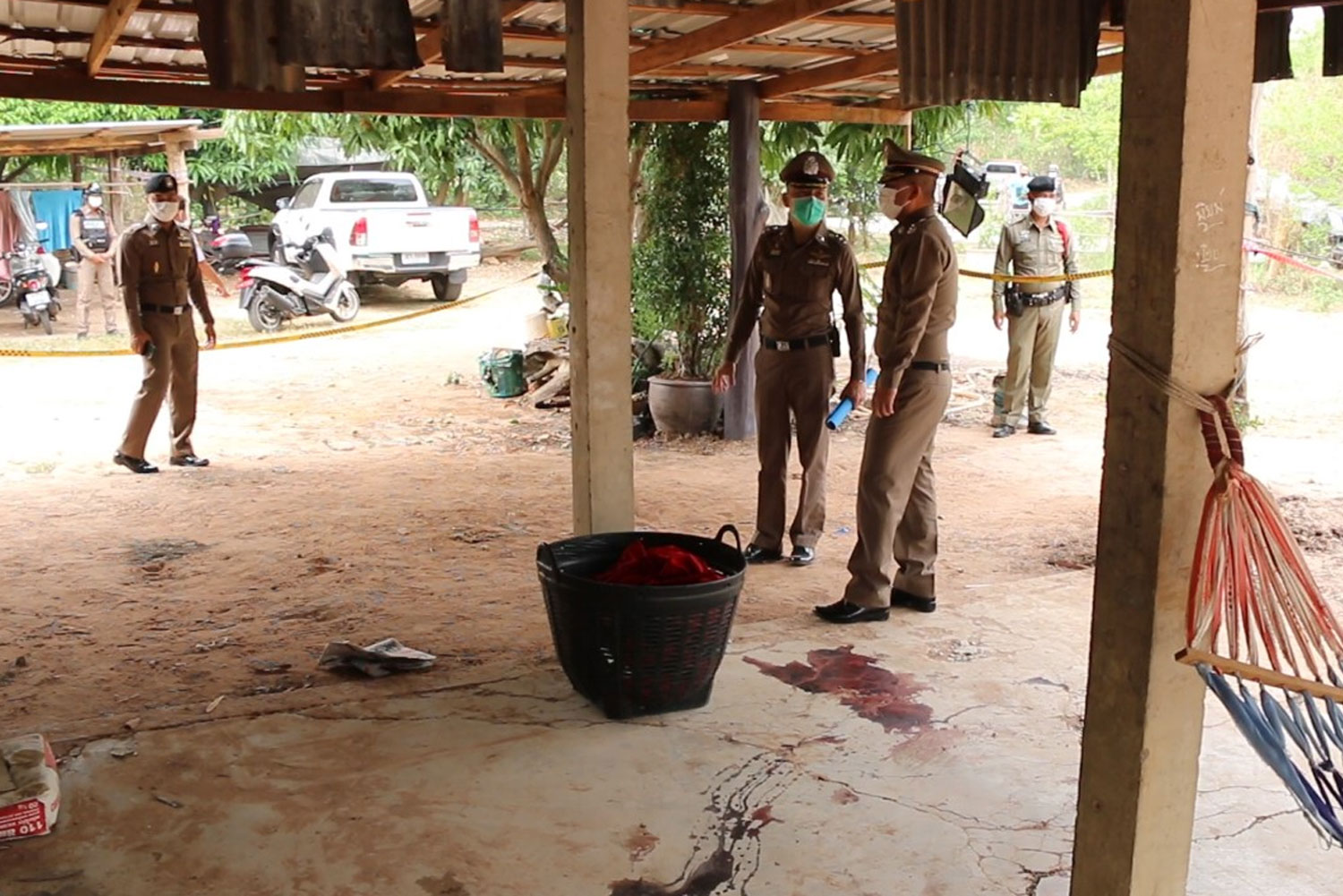 Police on Thursday inspect the scene where the 18-year-old was shot dead, underneath  a house whose owner was away at work. (Photo: Chakkrapan Natanri)