Crystal methamphetamine seized on the bank of the Mekong River on Wednesday night, displayed during a police media conference in Sakon Nakhon province on Thursday. (Photo: Pratuan Khachornwutthinan)

NAKHON PHANOM: Two young Lao men have been arrested and 550 kilogrammes of crystal meth, or ice, worth about 275 million baht, seized in That Phanom district.

Phaeng Duangmalai, 21, and Noo Kaewmanee, 20, were detained on the bank of the Mekong River at Ban Natham in That Phanom district on Wednesday night as they were loading bags of drugs onto a pickup truck, police said.

They said that Sakon Nakhon drug suppression police arrested Surawit Champachai, 27, of Bueng Kan province, at a resort in Sakon Nakhon’s  Bang Muang district on Tuesday. He had in his possession 30,115 methamphetamine pills.

Further investigation revealed another Thai man was involved in the smuggling of the drugs.

They arrested Charoon Suriyaphum, 46, of Sakon Nakhon’s Wanon Niwat district, with 3kg of crystal methamphetamine in his pickup truck on Wednesday morning.

Mr Charoon allegedly confessed under interrogation that he had earlier been hired by a Lao man, identified only as Ple, to take 450kg of crystal methamphetamine from That Phanom district to Nakhon Pathom province.

The Lao man had then instructed him to pick up another 11 sacks, containing 550kg of crystal meth, from the same spot on Wednesday night.

They arrested the two Lao men, Mr Phaeng and Mr Noo,  who had delivered the earlier shipment of drugs from Laos to Mr Charoon, at the appointed meeting place on the river bank on Wednesday night.

The arresting team said the seized crystal meth was worth 275 million baht, but could fetch 550 million-1,000 million baht if smuggled out of the country.

The two Lao suspects allegedly confessed they were being paid 5,000 baht each to smuggle the drugs across the river, while Mr Charoon received 50,000-100,000 baht for each delivery. 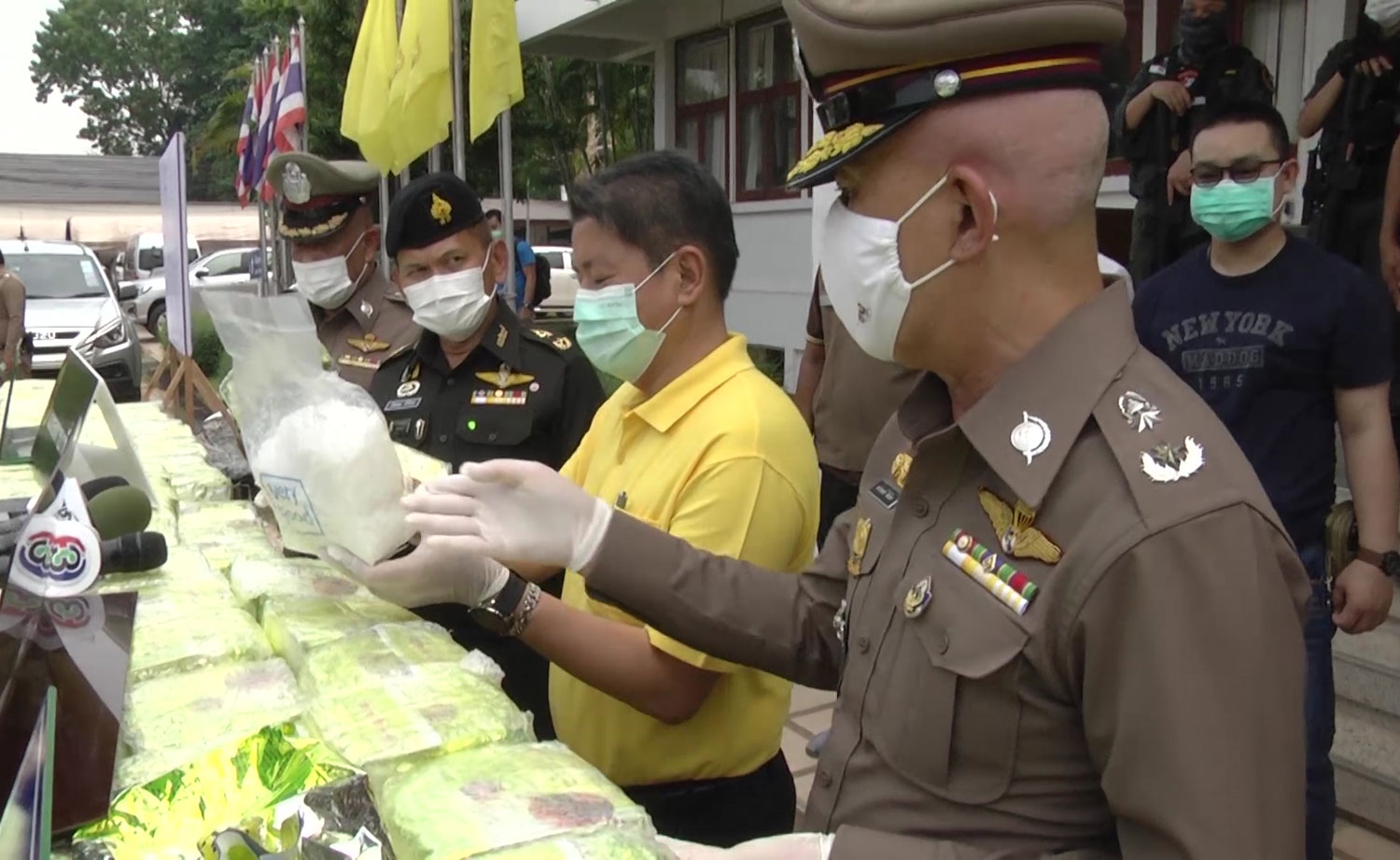