Illegal job-seekers caught, but others sneak through
Thailand
General

Illegal job-seekers caught, but others sneak through

Eight Myanmar nationals are found in a forest near a pomelo planation in Sangkhla Buri district, Kanchanaburi, on Wednesday night. They said 20 job seekers had crossed the border together along a natural path, and 12 had already been taken away by job agents. (Photo: Piyarat Chongcharoen)

KANCHANABURI: Eight illegal job seekers from Myanmar were arrested in Sangkhla Buri district on Wednesday night, but 12 others were whisked way by smugglers before soldiers arrived.

A  team of soldiers from the Lat Ya military task force and local leaders found eight illegal border crossers, seven men and one woman, hiding in forest near an upland agricultural centre in tambon Nong Lu around 9.30pm on Wednesday.

Local residents had reported seeing a large group of people among the trees.

The eight were detained for questioning. None had travel documents.

One of them said there were 20 in the group; and they had travelled from Mawlamyine and Kawkareik provinces in Myanmar. A Myanmar job agent told them to go to Payatongsu, near the border with Sangkhla Buri district.   (Continues below) 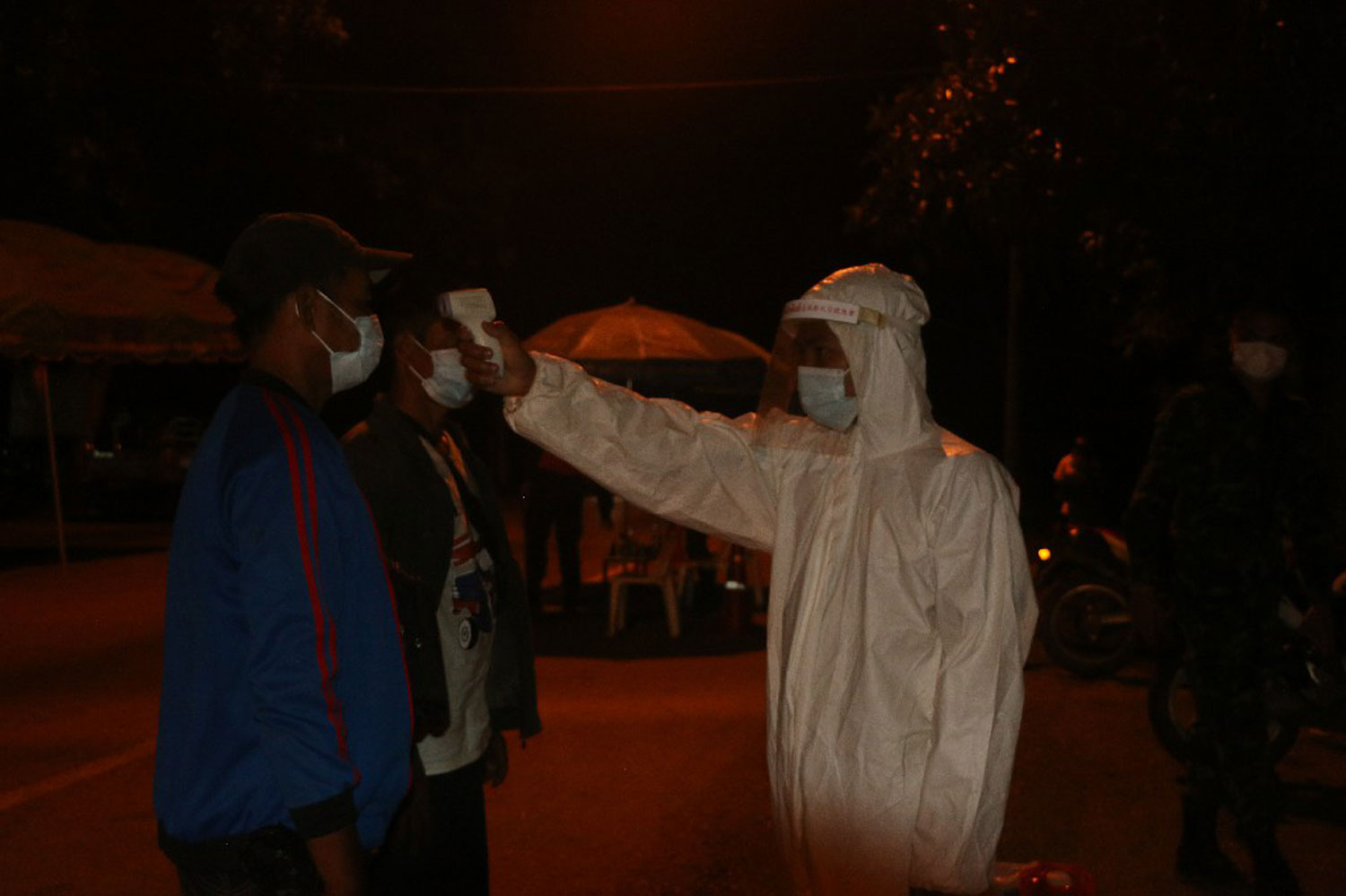 Around 5pm on Wednesday, three young Mon men guided them across the border along a natural path. They waded across a stream and through hills until they reached the agricultural centre around 7pm.

The guides told them to wait. Later a pickup truck arrived and took 12 of them away. They were told that motorcycles would pick up the remaining eight, but they were caught before they arrived.

The eight had been promised jobs in Bangkok, Samut Sakhon and Pathum Thani. They were being charged 15,000-18,000 baht each, payment due when they arrived at their various destinations.