Youngsters get creative as they try to sculpt sand figures during a Songkran celebration at Wat Siripong Thammanimit in Bang Khen. (Photo by Varuth Hirunyatheb)

The government pledged to take care of elderly citizens on the occasion of National Elderly Day yesterday and assured Thai citizens nationwide of the country's plan to provide care for the elderly.

Deputy government spokeswoman Rachada Dhnadirek said the government has factored in the country's ageing population into the national agenda and will continue to implement its senior citizen plans in order to prepare Thai society for an ageing society.

"Prime Minister Prayut Chan-o-cha wants to raise people's awareness of our ageing society as the country is becoming one," she said.

April 13 is the first day of Songkran in Thailand and also marks National Elderly Day when the water pouring ceremony or rod nam dam hua is held for younger people to seek blessings from their elders. 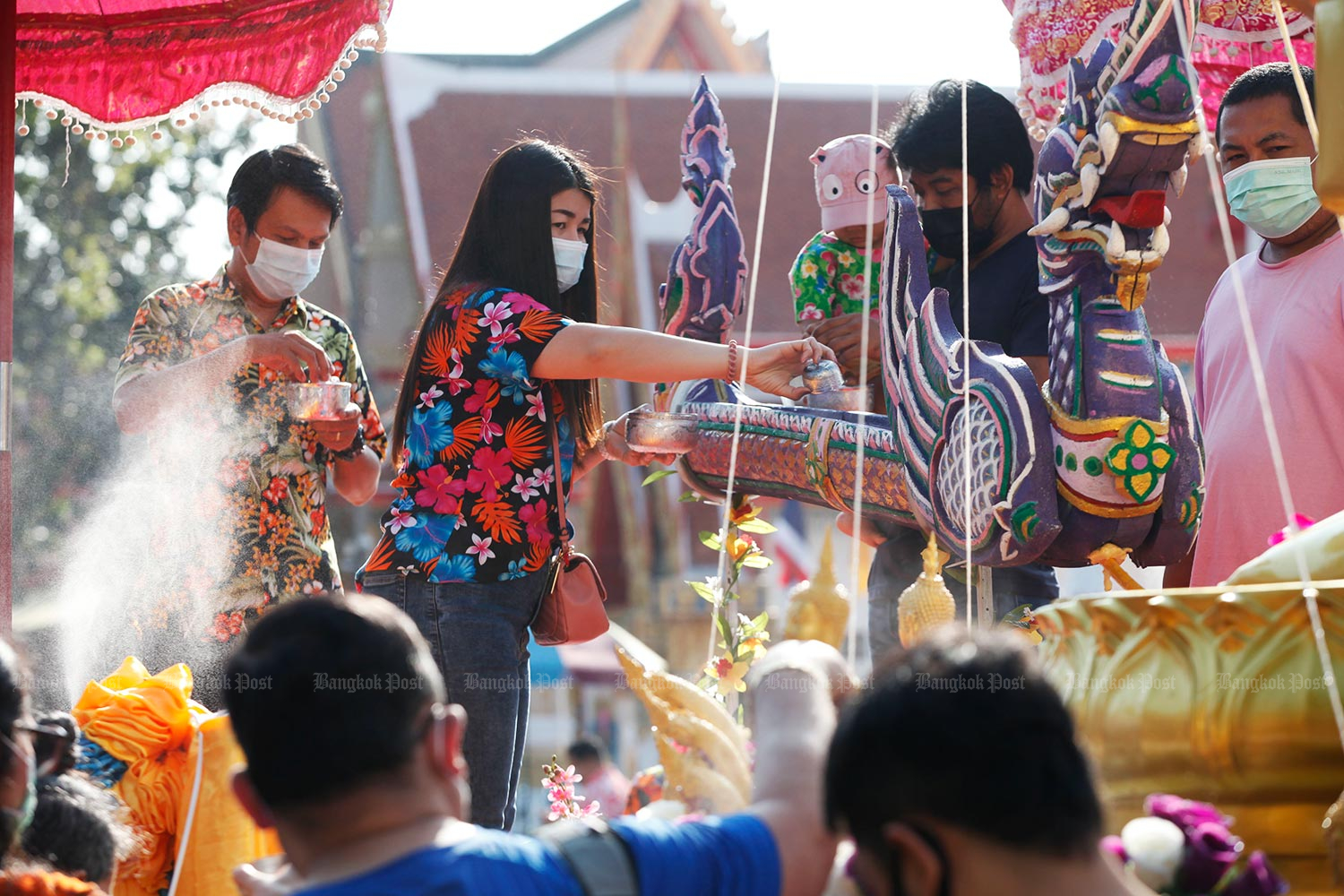 People pour blessed water into a vessel as a way to make merit at the Kwan Riam market along Saen Saep canal in Min Buri district. (Photo by Varuth Hirunyatheb)

Earlier this year, the cabinet approved a new pension programme under which both employers and employees will contribute, with minimum inputs ranging from 3%-10% of salaries depending on employment tenure. The plan is the latest initiative by the government to prepare for an ageing society.

For people aged between 25-59 years, the government stresses the importance of saving and strives to educate the group about how to take care of the elderly.

For people older than 59 years, the government is focused on helping individuals develop new skills and encouraging employers to hire older employees. 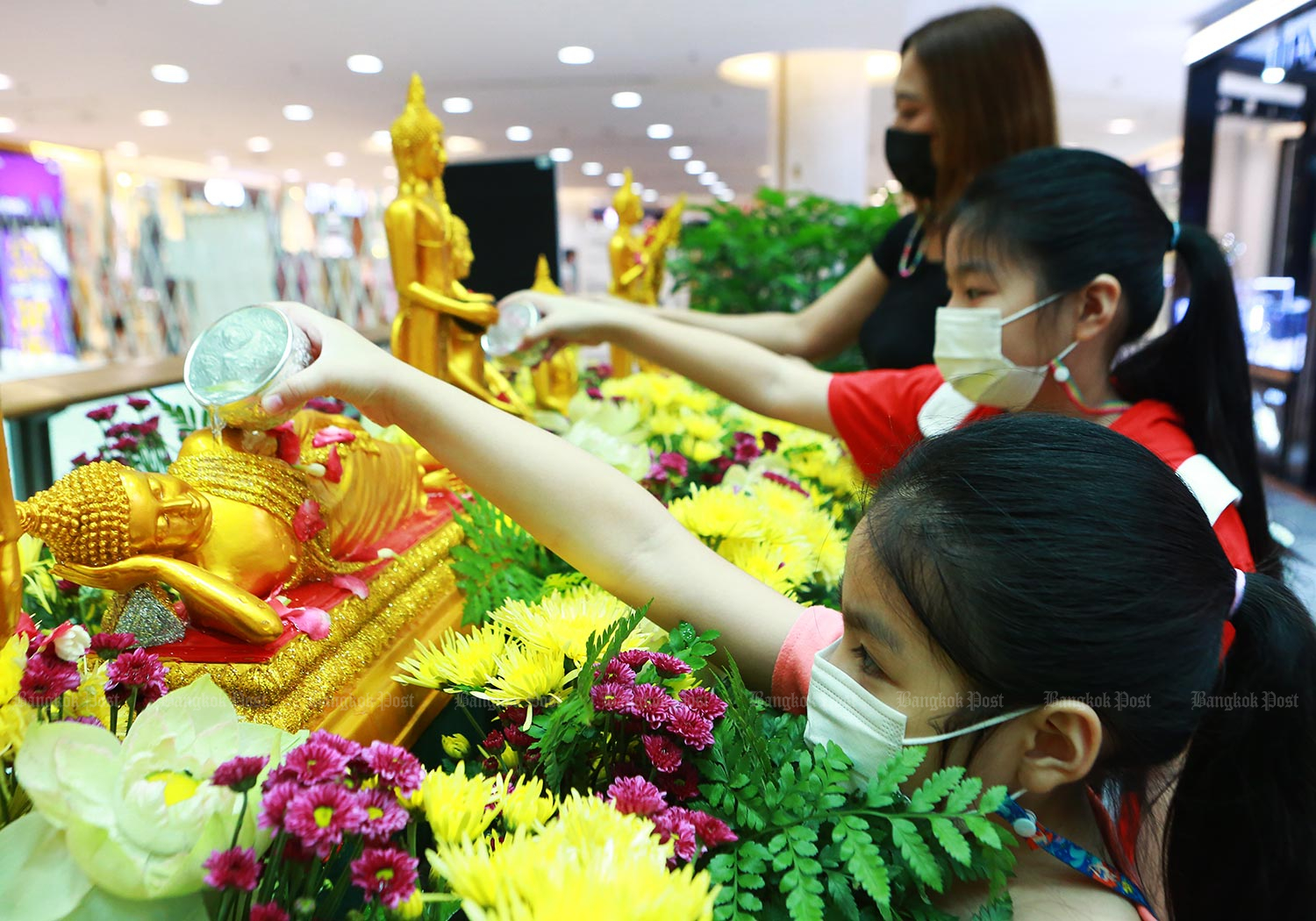 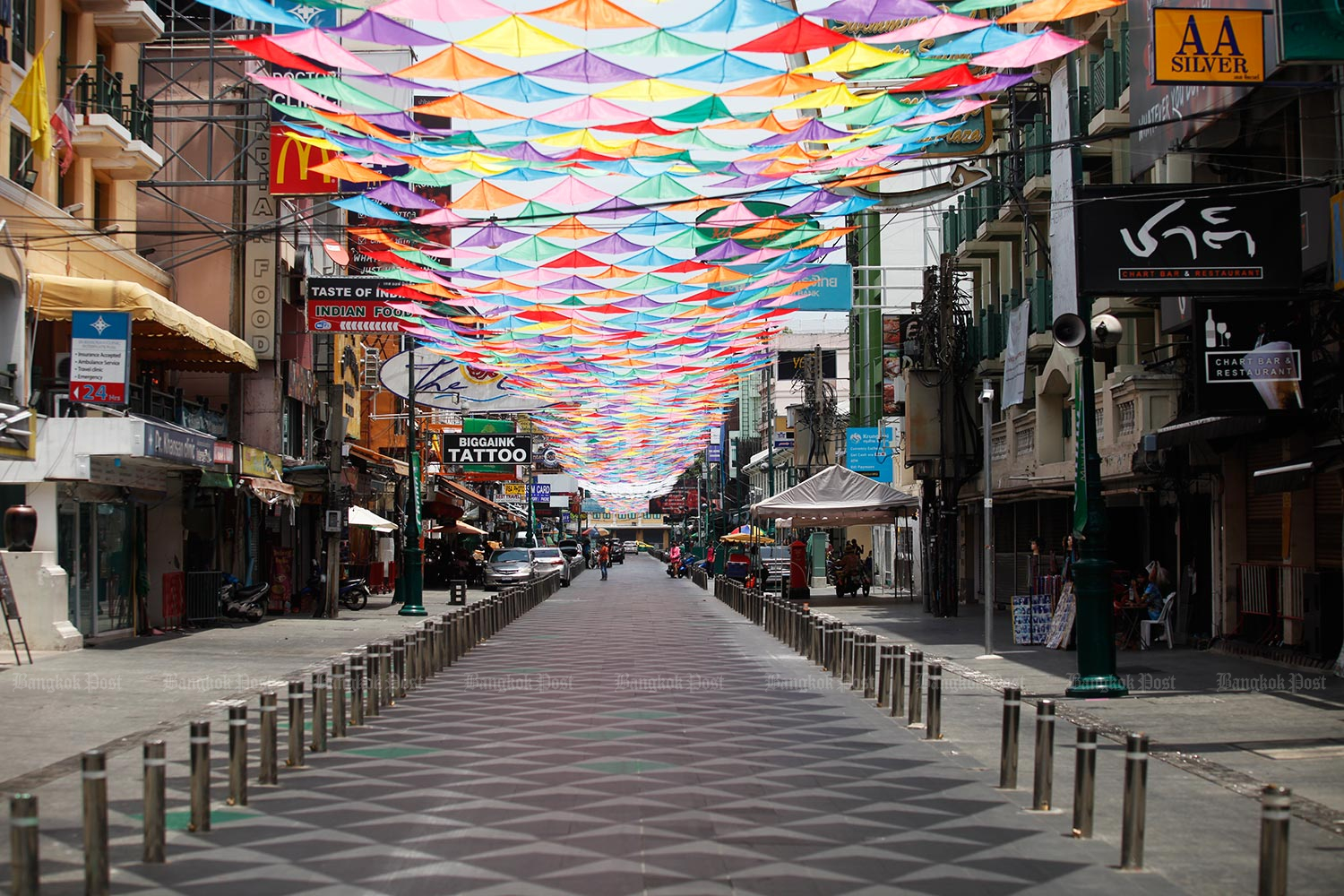 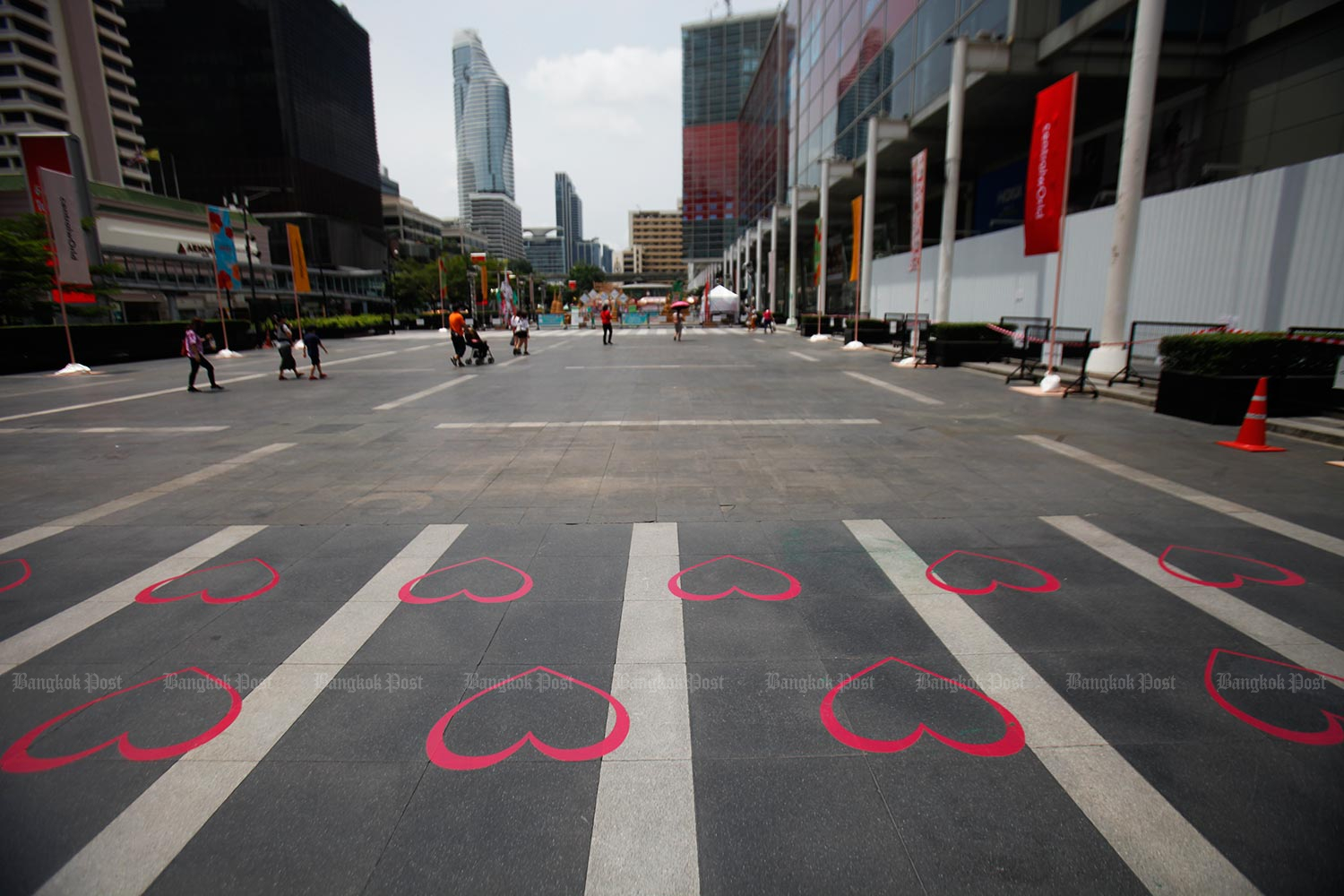 The plaza outside CentralWorld, usually one of Bangkok’s most popular celebration venues for Songkran, is quiet this year due to Covid. (Photo by Nutthawat Wicheanbut) 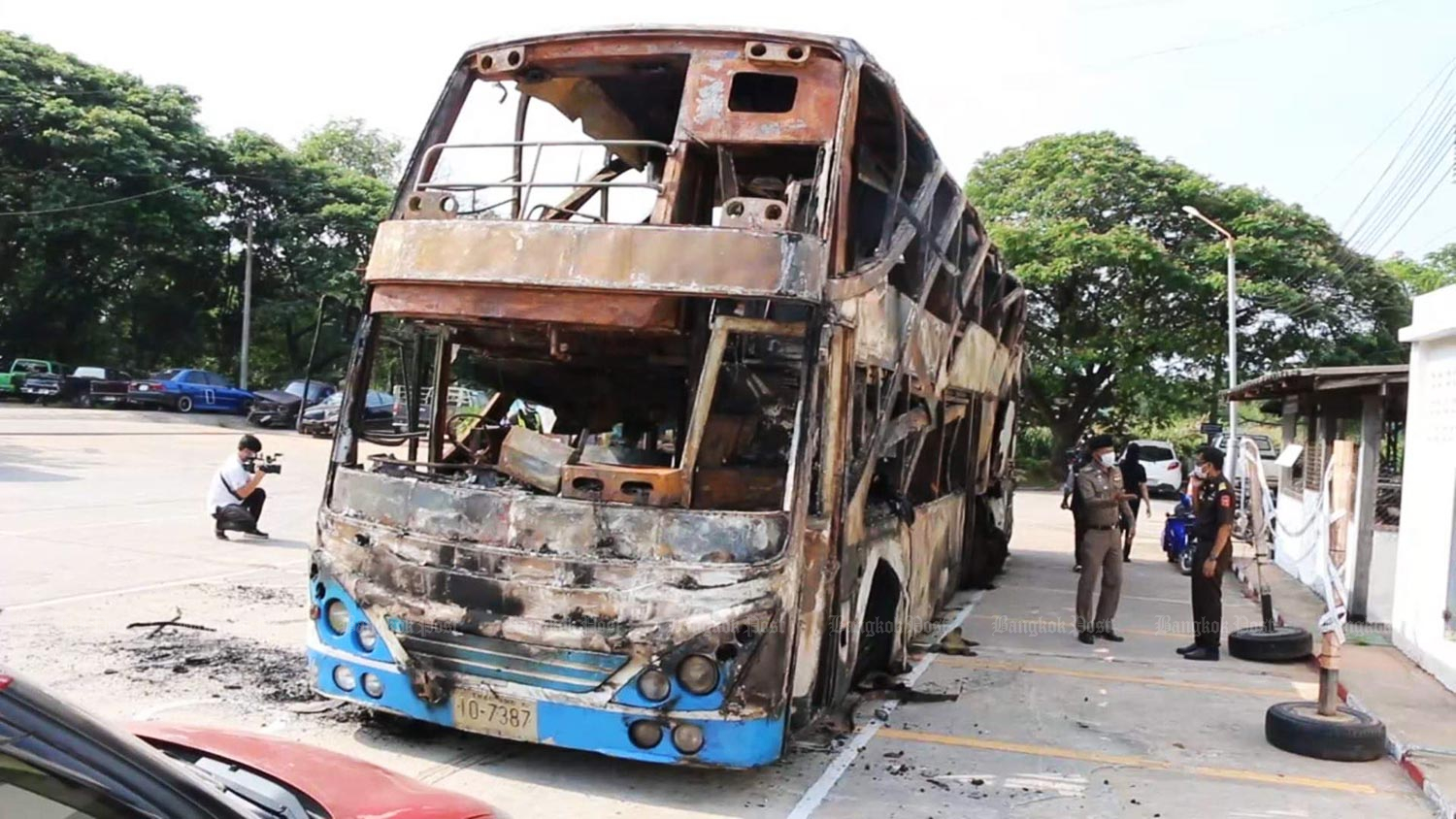 This bus went up in flames as it was heading to Bangkok, killing five passengers in Ban Haet district of Khon Kaen yesterday. (Photo by Chakkrapan Natanri)